Slithering Screens: Can Virtual Reality Be a Communal Experience? 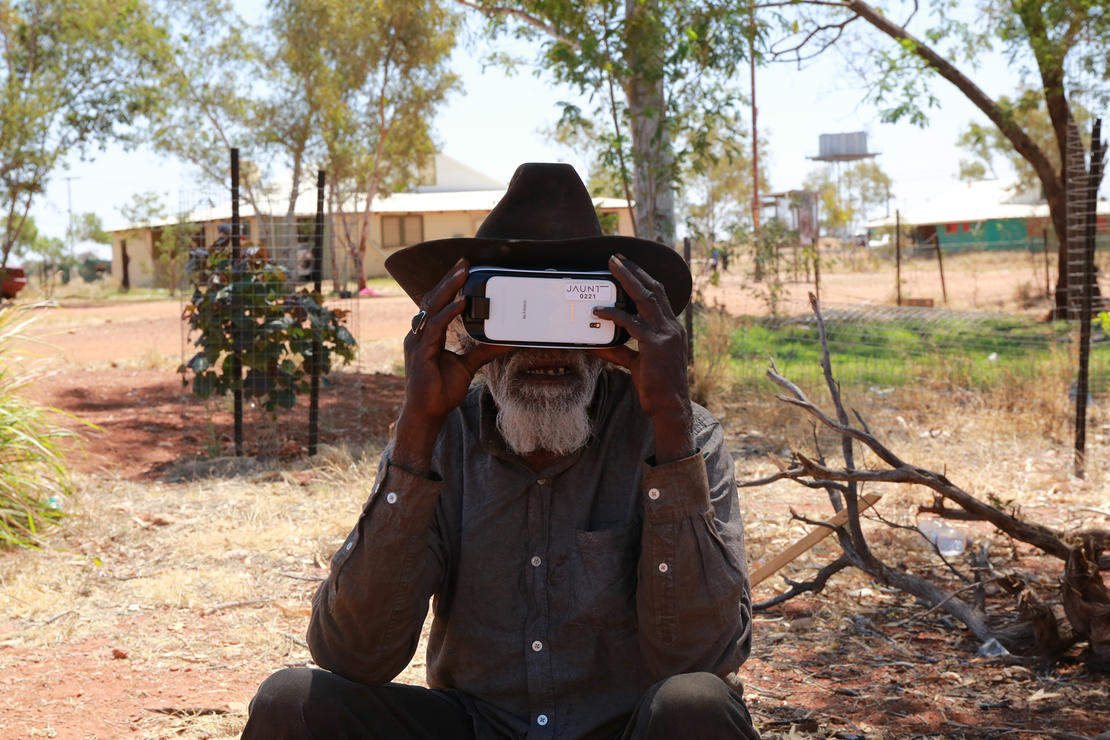 In recent years as virtual reality has continued its foray into the creative zeitgeist, any number of interactions with the growing form could feel revolutionary. Whether it’s the real-time coalescence of story and technology, or the heady realization that the medium is still in its nascent stages, VR never lacks one thing: mystique.

On Monday night at MoMA’s kick-off to “Slithering Screens,” a five-night retrospective exhibition celebrating the 10th anniversary of New Frontier at Sundance Institute, that truth was still extant. Rajendra Roy, the Celeste Bartos chief curator of film, made sure to drive home the unique experience for which audience members had gathered.

In fact, the evening would be the first-ever widely, simulcast presentation of virtual reality in New York City, and the first time VR had come to MoMA. Echoing Roy’s point, Shari Frilot (chief curator of New Frontier) expressed that New Frontier “continues to be a living experiment, and now you’re a part of it.”

Wallworth’s trajectory as a multimedia artist follows a similar path as that of New Frontier’s. Neither Wallworth’s nor the program’s provenance intersect with virtual reality, but each has blossomed to involve the medium.

For Wallworth, as she explained during a visual walkthrough of her previous works prior to presenting Collisions, the evolution of her storytelling was never preordained. It is however, in a time when the artist and tech communities are challenged with finding synergy, an encouraging sign for the future of virtual reality as a viable storytelling experience.

Following Wallworth’s presentation of selections from her previous work, including Sundance Film Festival selections Evolution of Fearlessness and Coral: Rekindling Venus, among others, it was time to experience Collisions. Like Wallworth’s other projects, Collisions is told with a grace and empathy that submerges audiences in compassion for the subjects.

In this particular case, Wallworth has crafted a part live-action, part animated documentary that transports viewers to a remote desert in western Australia to connect with indigenous leader Nyarri Morgan and the Martu tribe.

Throughout the experience, Morgan recounts his profound—and abrasive—first contact with Western culture via the British government’s atomic weapons tests. Through 3-D and 360-degree filming, Collisions conveys the dualities between his traditional worldview and the cutting edge of modern technology.

On a technical level, the experience was – as Frilot noted – about as smooth as one could hope for. More than 100 audience members simultaneously experienced Collisions via a personal headset and headphones, turning a typically isolating experience into a communal one that could be discussed collectively following the showcase.

Below, find a selection of photos from the evening and an opportunity to access Collisions and other virtual reality works.

In addition to live experiences at MoMA, a selection of virtual reality works are available at Sundance.org/VR for Google Cardboard from April 25 to May 5. Limited artist-edition Cardboard VR goggles designed by Yung Jake are given away to Slithering Screens attendees each night.