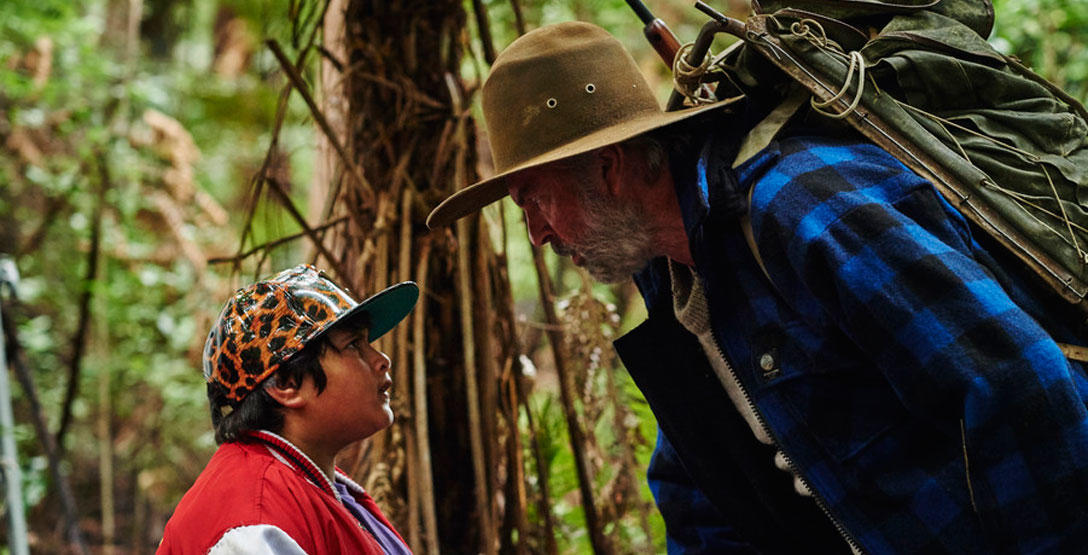 Some of the ways that we have been able to provide this support have been through grants, labs, mentorships, fellowships and the Sundance Film Festival. The Native Lab Fellowship has been a vital part of supporting Native filmmakers full circle since 2004, and it provides direct support to emerging Native American, Native Hawaiian, and Alaskan Native film artists working in the U.S. The Fellowship supports first-time filmmakers through the process of shooting a short film under the guidance of a supervising producer and mentoring director.

Below, learn about some of the inspiring Indigenous filmmakers who have been through Sundance Institute labs.

Taika Waititi (Te Whānau-ā-Apanui) brought his first feature, Eagle vs. Shark, to the 2007 Sundance Film Festival. His second feature-length film, Boy, based on the characters and ideas in his Oscar-nominated debut short film Two Cars, One Night, became the highest grossing local film in New Zealand history. In 2013, Waititi co-directed and starred in the vampire mockumentary What We Do in the Shadows which premiered at the 2014 Sundance Film Festival. His feature Hunt for the Wilderpeople also premiered at the 2016 Sundance Film Festival to great reception, and he followed that up with the Marvel film Thor: Ragnarok. At the 2020 Academy Awards, he took home Best Director for his strikingly original project Jojo Rabbit.

Sydney Freeland (Diné) brought her debut feature, Drunktown’s Finest, to the 2014 Festival and has gone on to win a number of awards, including the Grand Jury Prize and HBO Outstanding First Feature awards at Outfest 2014. Sydney is also a recipient of the following awards: 2015 Fox Global Director’s Initiative, 2015 Sundance Women’s Fellowship, 2015 Ford Fellowship, 2014 Time Warner Fellowship, 2010 Sundance Screenwriting and Directing Labs, 2009 Sundance Native Lab, and a 2004 Fulbright Scholarship. She currently lives and works in Los Angeles.

Sterlin Harjo (Seminole/Muskogee) brought his short film Goodnight, Irene to the 2005 Festival. His first feature, Four Sheets to the Wind, premiered in competition at the 2007 Sundance Film Festival, while his second feature, Barking Water, premiered at Sundance the following year. His documentary This May Be the Last Time premiered at the 2014 Festival, and distribution rights were acquired by AMC/Sundance Channel Global for the Sundance Channel. His film Mekko, a thriller set in Tulsa, premiered at the 2015 Los Angeles Film Festival. He’s also served as a creative advisor at several of the Institute’s labs.

Blackhorse Lowe (Diné)—a 2012 Native Producing Fellow, and an alum of the Institute’s Native Lab and Screenwriters Lab—hails from Nenahnezad, New Mexico. Recent projects have included the 2015 feature Chasing the Light and the 2019 project Fukry; he’s currently in post-production on a film called Waikiki. Lowe’s feature directorial debut 5th World premiered in Park City in 2005 and screened at film festivals around the world. His short Shimasani premiered at the 2009 Tribeca Film Festival and went on to screen at the 2010 Sundance Film Festival.

Billy Luther (Navajo, Hopi, and Laguna Pueblo) is the director/producer of the award-winning documentary Miss Navajo, which premiered at the 2007 Festival and aired nationally on PBS’s Independent Lens. Luther’s films have also screened with the American Documentary Showcase, a collaborative program with The State Department and U.S. embassies around the world. His second documentary feature, Grab, premiered at the 2011 Festival. He served on the Sundance Institute Alumni Advisory Board and the International Documentary Association Board of Directors. Recent projects include the documentary short Red Lake and executive-producing the documentary Remember My Name.

Ed. note: This post was originally published in 2016; it has since been updated.