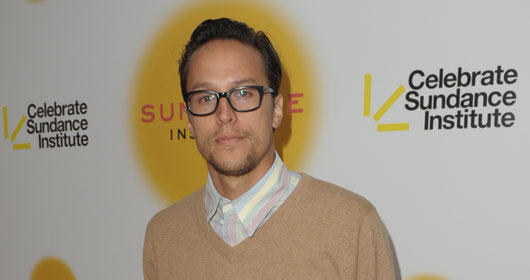 Earlier this year, Sundance Institute announced the formation of the Episodic Story Lab dedicated to supporting writers and creators of series for television and online platforms, and just yesterday, we revealed the 10 writers selected for the inaugural Lab taking place at the Sundance Resort from September 27 through October 2.

The Episodic Story Lab marks the Institute’s inceptive venture into supporting episodic content, however, a lineage of alumni continue to find success in the medium. To that end, the new lab flows with a growing trend of independent filmmakers taking their turns in episodic storytelling, where they’re discovering a lucrative alternative to film with no detriment to creativity.

Let’s take a look at some of the Sundance Institute–supported filmmakers who have successfully taken up the gauntlet outside of the theaters.

Fukunaga took home the Directing Award at the 2009 Festival for Sin Nombre, which was also supported by the Directors Lab, and was the director behind the hit HBO series True Detective, for which he won an Emmy.

Mike White has honed his chops at the Festival as a writer, director, and actor (Chuck and Buck, Year of the Dog), but is also well-versed beyond the silver screen having written for Enlightened, Dawson’s Creek, and Freaks and Geeks, among other shows.

Between her short film Una Hora Por Favora and her subsequent feature directorial debut Afternoon Delight, Soloway has shown off her dexterity in any number of mediums. She’s written for, among others, television shows including How to Make it in America, United States of Tara, and Six Feet Under. Soloway most recently worked with Amazon Studios on the new Web show Transparent, and you can watch the pilot episode for free here.

Beyond her work on High Art, Laurel Canyon, and The Kids Are All Right, each of which screened at the Sundance Film Festival, Cholodenko has directed episodes for series including Hung, The L Word, and Six Feet Under.

Katims attended the Sundance Institute Screenwriters Lab exactly two decades ago with The Pallbearer and has since worked on television series including Parenthood, Friday Night Lights, and Roswell.

Jacobs most recently screened Terri at the 2011 Sundance Film Festival and has donated his time as a Creative Advisor at numerous Sundance Instiute Labs. His new show Doll & Em premiered earlier this year on HBO and stars Emily Mortimer and Dolly Wells.