Peabody Awards Recognize the Best in Broadcast, from Sundance-Supported Docs to Stephen Colbert 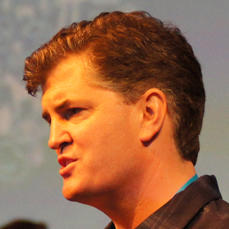 What do Stephen Colbert, Jeopardy!, and four ground-breaking Sundance-supported documentaries have in common? Very little. Until today, that is, when they each received a Peabody Award for “outstanding achievements in electronic media, including radio, television, and cable.” For the past 72 years, the University of Georgia Grady College of Journalism and Communications has honored broadcast journalists and documentary filmmakers with an award celebrating the year’s most enterprising, edifying, enlightening (and, in Colbert’s case, uprorariously entertaining) electronic storytelling.

Freedom Riders, Stanley Nelson’s 2010 SFF Documentary Competition selection, looks back at the courageous band of first-generation college students whose Greyhound pilgrimmage to the Deep South became a pivotal moment in the civil rights movement to reverse segregation. Freedom Riders was awarded the Peabody as part of a trio of PBS’ American Experience documentaries that also included Stonewall Uprising and Triangle Fire.

My Perestroika, directed by Robin Hessman, follows five schoomates growing up in post-Communist Russia, received grant and Lab support from the Sundance Institute Documentary Film Program and went on to screen in the Documentary Competition of the 2010 Sundance Film Festival.

Bhutto, by co-directors Jessica Hernandez and Johnny O’Hara, which profiles the trail-blazing former Prime Minister of Pakistan, Benazir Bhutto, debuted in the Documentary Film Competition at the 2010 Sundance Film Festival.

Rebirth, a 2011 Documentary Premiere selection by director Jim Whitaker, offers a wide-angle perspective on Ground Zero and the trajectory from grief to acceptance to healing experienced by those most affected by the 9/11 attacks over the course of five years.

No Other Land: Two young men stand facing each other in conversation within a vast, hilly landscape. Los Angeles, CA — The nonprofit Sundance Institute’s