Q&A: Paul Mariano and Kurt Norton on Their Documentary ‘These Amazing Shadows’ 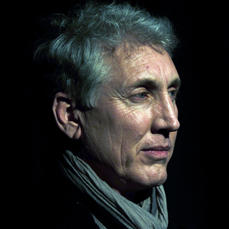 Paul Mariano at the Premiere of These Amazing Shadows. Photo by Chelsea Lauren.

Motion pictures are significant cultural, historical, and aesthetic artifacts, yet 50% of all films made before 1950 no longer exist, says These Amazing Shadows co-director Paul Mariano. His film documents the National Film Registry’s work to preserve significant films for future generations and highlights the need for such preservation: film reflects and challenges our culture; it binds us together; and it will stand as a critical record to future generations of who we are and how we live. Mariano and his co-director Kurt Norton and Library of Congress film preservationist George Willeman answered questions following the Sundance Film Festival premiere in Park City.

Could you talk about the films from the registry you find most inspiring?

Kurt Norton: When we started this project, we were both film fans, but we learned a lot about film that we didn’t know before. One of the things that impacted me was the sense of humor of the early films. I realized there is a strong connection between generations. There is a strong sense of the American sense of humor, and it started in the teens. I felt a connection to those generations watching these films, and I realized people are just people. We are all connected by the human experience.

Paul Mariano: I was impressed by the tremendous diversity of film in our society. The other thing that struck me was the number of films that no longer exist. My mother’s favorite film is gone. I could never see it if I wanted to. That was something that stirred me, and we started down this path together.

Are you worried about the negative impact of potential cuts in the Library of Congress budget?

George Willeman: Our budget hasn’t been cut, but it’s not rising much either. We’re one of the dream children of the Library of Congress. They like to hold us up, which is nice. It’s good for us and good for them to have something that people can like.

Norton: Whether you fall on the left, the right, or the center politically, the Library of Congress works. Our experience was fantastic. Good stuff is being done no matter what your point of view.

What kind of access does the public have to these films?

Willeman: Access has always been a big issue. There is a big push to get things available on the website. Right now, not only U.S. citizens, but anyone can write the Library of Congress, let them know what you want to see, and they will work with you, but you can’t just walk in and say “Can I watch Fargo?” We’re not Blockbuster, but yes, access is available.

Does a film getting selected for the registry restrict what changes can be made to the film going forward?

Willeman: A film has to be brought to us as it was. The big celebrity for this issue is Star Wars. The version of Star Wars that is on the National Film Registry is the official 1977 version that does not say “Episode IV” on it, and that becomes a big issue, because I know of only one print that does not have that on the roller title.