Q&A: Anna Deavere Smith on the Language of Politics, and Why Confidence Is Overrated 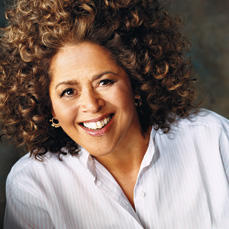 Anna Deavere Smith casts a wide net. An award-winning playwright, chameleonic actress, published author, and university professor, Smith’s range belies not only brilliance, but an inexhaustible curiosity. Her art is born of a conviction that there’s always more to know, always assumptions to upend, always more to life and people than we’re willing to acknowledge.

Her legendary one-woman plays Fires in the Mirror, Twilight: Los Angeles, and her recent polyvocal healthcare drama Let Me Down Easy, are products of years of preparation and hundreds of interviews, culminating in socially vital theater comprised of bravura, mostly unadorned impersonations.

These plays explore the complexities of conflict and community more effectively than a thousand news stories or think-pieces, and have more in common with the expansive journalism of Studs Terkel or documentary filmmaking than with traditional drama.

Yet Smith is first and foremost a performer, and continues to act in films (Rachel Getting Married) and television (Showtime’s Nurse Jackie). On Thursday, she visits the Festival as part of the Off Screen discussion series, where she’ll perform some of her work and engage in an appropriately wide-ranging discussion with NPR’s Michele Norris (All Things Considered).

In anticipation of her trip to Park City, Anna Deavere Smith chatted with us about the language of politics, being a student of people, and why confidence is overrated.

Your latest play, Let Me Down Easy, gives voice to a wide spectrum of both medical professionals and patients, and to people who’ve dealt with varying qualities of health care. How do you feel about where things stand in the debates over health care reform?

I actually started working on this play eight years ago, well before the so-called health care debate started, and well before President Obama came into office. When things started to heat up last summer I did make a couple of trips to Washington to see where things were, but I never wrote a play about the debate per se. It’s about health care and mortality.

Even though the play resonates with the moment it’s not locked into the moment the way that my riots plays [Fires in the Mirror and Twilight: Los Angeles], were. I would not want to be one of the people who’ve been working so hard on this bill, to be looking at what looks like a possibility of not a very good outcome this week.

Insider: What kind of relationship does your work have to politics?

Smith: I hope that politicians eventually see this play. I hope to be able to play it in Washington. But the type of work that I do is ultimately based on human stories, and the extent to which politics makes its way into the narrative of many of the people that I interviewed. But most of the characters don’t speak a political language, which tends to be a covert language—it has to be. They’re speaking from their experiences with health care and with mortality.

So that puts you in a position of being a vessel for these voices, of putting things together in such a way that you know it’s going to have an impact on the public.

So how do you negotiate taking in and processing what members of the public think and feel—which does not employ political language—and then putting a play together that can function politically?

The narratives told are the narratives affected by politics. For example, a doctor in New Orleans giving her account of what went down in a public hospital for poor people, when those people could not get care and rich people were taken out of hospitals in helicopters. We all live in a world that is in part designed by and affected by politics, so it makes its way through to us.

But I’m a student of human beings. I love people and ideas. The type of art that I do and the type of plays that I write, my aspiration is actually to be outside of the two political sides as much as possible. Even though I’m aware of the two sides, and of the fact that those sides affect my well-being as an artist, and affect the well-being of the arts in this country. So I have one foot in that world and another in the world of the heart and feelings.

Are there similarities between what you do for your theater projects and documentary filmmaking?

I did make two films of my work, Fires in the Mirror and Twilight: Los Angeles. I was actually able to develop Twilight at Sundance Institute, and it later screened at the Festival. I think the biggest thing I have in common with filmmakers is that from the very beginning, from the minute I sit down in whatever country with my tape recorder, I’m an editor.

To make Let Me Down Easy I probably did about 300 interviews, and then edited that material down to, in this case, 95 minutes of theater. When I was in the editing room working on the film of Twilight, I loved it. It’s so much like what I do when putting together one of my shows.

Insider: In addition to acting, writing, and years of intense preparation and research for your projects, you also teach. What do you try to communicate to your students at NYU?

Smith: I’ve been teaching since 1973—teaching within 12 months of receiving my equity card. Part of my appointment here is in the school of the arts and part is in the law school. What I like to do best is bring the techniques of acting and art-making to students in other disciples, so that they can learn more about expression and about the possibilities for using it as a tool for leadership.

I’m very interested in creativity and how people engage with one another. I try to get people to think about how they are, in addition to what they know. I also try to bring into the room a lot of doubt. Confidence is overrated. Certainly we can see politically, at this moment, that we just don’t know. How do you prepare yourself for leadership in a time when there’s a lot you don’t know? Which takes me back to the arts. It’s where you can learn the integrity of doubt. Of not being too sure about anything.

Working within a fixed discipline can give one a false sense of knowledge, whereas working between disciplines and departments, as you do, would seem to bring out in students the idea that they have a lot to learn.

Well, I consider myself an in-between person. It isn’t very flattering, even though it’s meant as praise, when somebody tells me that I “nailed a character.” I can never be anybody but me. I’m very conscious of the loss of certain aspects of self and of ego as I try to get close to who somebody else is. I’ve existed in pursuit of that in-between state for the greater part of my life, and I’ve come to cherish the richness of that uncertainty.