Release Rundown: What to Watch in September, From ‘My Name Is Pauli Murray’ to ‘El Planeta’ 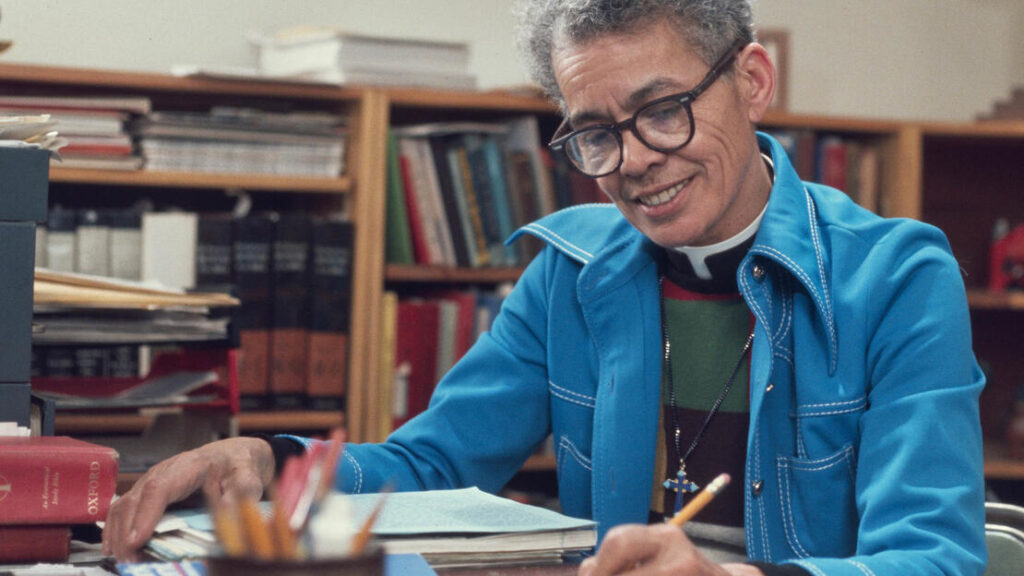 Clockwise from top left: “El Planeta,” “My Name Is Pauli Murray,” “Prisoners of the Ghostland,” and “Wild Indian” were all part of the 2021 Sundance Film Festival.

Betsy West and Julie Cohen, the team behind the Oscar-nominated film about Supreme Court Justice Ruth Bader Ginsberg, bring another trailblazing personality to light this fall.

My Name Is Pauli Murray, which premiered at the 2021 Sundance Film Festival, is one of eight Sundance-supported gems opening to wider audiences in the United States this September. The pair’s previous project, RBG, played the Festival in 2018.

A co-founder of the National Organization for Women and the first Black woman to be ordained as an Episcopal priest, Pauli Murray was a Yale-educated attorney who fought for civil rights and gender equality throughout her life (1910–1985).

“Murray questioned systems of oppression and conformity throughout the mid-twentieth century, with a radical vision consistently ahead of the times,” wrote a Sundance programmer in this year’s program guide. “Murray’s trailblazing legal foresight influenced landmark civil rights decisions and gender equality legislation that transformed our world.”

Below, see the eight Sundance films opening to wide availability in September. All played the 2021 Festival, unless otherwise noted, and several were also supported by Sundance Institute programs.

As a child, he was Makwa, an abused and troubled boy who murdered a classmate and, with the help of friend Ted-O, covered up the crime. Now, he is reinvented as Michael, with a wife and child. But then the past comes calling. “Leading an impressive cast, Michael Greyeyes delivers a gripping, enigmatic performance as a modern Native American man who has done terrible, unforgivable things,” wrote our programmers. Lyle Mitchell Corbine Jr.’s feature debut — which was supported by the Institute’s Screenwriters and Directors Labs, among other programs — releases September 3.

For centuries, Ethiopians have harvested khat, the leaf of which can be chewed as a stimulant. Sufi Muslims chew khat as part of religious meditations, and so it plays a significant role in spiritual life. In addition, the plant has become the country’s most lucrative cash crop. Filmmaker Jessica Beshir’s nonfiction feature examines the rituals, the agricultural aspect, and the farmers themselves — some of whom long to leave that life. Beshir’s dreamlike documentary debut — which received a Sundance Documentary Film Grant — comes out September 3.

What is a life worth? Following the attacks of 9/11, our federal government placed attorney Kenneth Feinberg (played here by Michael Keaton) to lead the Victim Compensation Fund, to determine the individual payout to those who lost loved ones in the towers, on the planes, and on the ground. Stanley Tucci and Amy Ryan also star in this based-on-real-life story directed by Sara Colangelo. The 2020 Festival film comes to Netflix on September 3.

MY NAME IS PAULI MURRAY

Pauli Murray was a Black attorney, activist, and Episcopal priest who spent a lifetime fighting for racial and gender equality — and, it turns out, struggling with her own gender identity. Directors Betsy West and Julie Cohen, whose 2018 Festival film RBG was nominated for an Oscar, reveal Murray’s amazing under-the-radar accomplishments. The documentary receives limited theatrical release in major cities on September 17, followed by streaming on Amazon Prime on October 1.

PRISONERS OF THE GHOSTLAND

Nicolas Cage pulls off another offbeat performance in this postapocalyptic action film, which begins in the dangerous city of Samurai Town. A warlord frees Hero (Cage) from prison, encases him in a suit set to self-destruct, and sends him out to retrieve the warlord’s runaway granddaughter before the timer ticks to zero. Sion Sono directs with grit, gore, and balletic fight scenes. The film opens September 17.

Will the real St. Vincent… er, Annie Clark… please stand up? The musician (real name: Annie Clark) invites close friend Carrie Brownstein to help write a documentary about her work, but then things get confusing and absurd. What is authentic and what is not? The Bill Benz–directed film, which played at the Festival in 2020, is in theaters and on demand September 17.

Ben Whishaw goes unhinged as London airport security worker Joseph. Quiet Joseph determines he will no longer be silent, so off he goes, robbing a bank, trashing a hotel room, and overall behaving badly. Aneil Karia directed this 2020 Festival film, which opens in theaters September 24.