Release Rundown: What to Watch in June 2021, from “Zola” to “The Sparks Brothers” 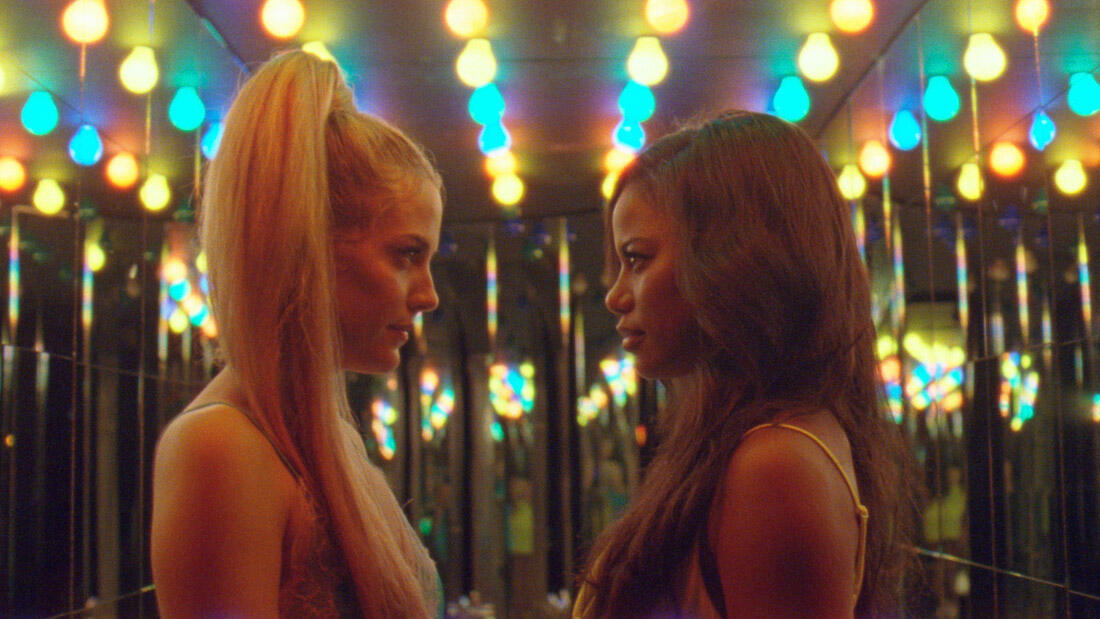 Riley Keough and Taylour Page star in filmmaker Janicza Bravo’s long-anticipated road-trip tale Zola, out from A24 on June 30.

“You wanna hear a story about why me & this bitch here fell out? It’s kind of long but full of suspense,” wrote Aziah “Zola” Wells in 2015, kicking off a lengthy Twitter thread about a road trip gone wrong that left readers riveted. The anticipation mounted when the release of Janicza Bravo’s filmic adaptation—which premiered to rave reviews at the 2020 Sundance Film Festival—was pushed back for more than a full calendar year due to COVID-19 pandemic. But sweet relief is in sight: On June 30, the A24 film starring Taylour Paige and Riley Keough rolls into theaters nationwide.

Excited about finally heading back to your local arthouse this summer? Us, too, especially because so many of our favorite Festival titles are being released this month (and in the months to come). See why audiences and juries at the 2021 Sundance Film Festival gave awards to Theo Anthony’s kaleidoscopic documentary All Light, Everywhere when it hits theaters June 6, and why Prano Bailey Pond made such a splash with her blood-drenched first feature, Censor, out June 11. Read on for all of the Sundance-supported new releases coming your way in June 2021.

Baltimore-based filmmaker Theo Anthony’s experimental documentary feature won a Special Jury Award for Nonfiction Experimentation at the 2021 Festival, where it was part of our U.S. Documentary Competition. The kaleidoscopic project delves into the “observer effect,” a term used in physics to describe the process in which the act of observation disturbs the system that’s being observed. In theaters June 4.

Prano Bailey-Pond’s mesmerizing debut feature had its world premiere on opening night of this year’s Festival as part of our Midnight programming block, bringing viewers back in time to ’80s England at the height of social hysteria surrounding the “video nasty” phenomenon. “What’s been really exciting about making Censor is to create the films within the film, which are lurid and heightened and have allowed me to play with horror conventions,” Bailey-Pond told us. “I wanted to create a fun ride that also interrogates our relationship with horror.” In theaters June 11.

Known for genre fare like Shaun of the Dead, Baby Driver, and Hot Fuzz, Edgar Wright added “documentary filmmaker” to his already impressive resume in January with the world premiere of The Sparks Brothers. In the feature, Wright offers an inside look at your “favorite band’s favorite band,” Sparks, aka brothers Russ and Ron Mael, who have made more than 25 albums since they launched their career back in 1967. In theaters June 18.

Rita Moreno: Just a Girl Who Decided to Go For It

Mariem Pérez Riera’s feature—part of this year’s U.S. Documentary Competition——tells the story of an EGOT-winning legend who continues to enchant on the stage and screen. “Hearing her struggles of insecurity, of prejudice, of sexual harassment, was something that I really wanted to show, because I think it’s an inspiration to any woman, especially if you’re a Latina woman or an immigrant woman in the United States,” says Pérez Riera of her cinematic portrait of the one and only Rita Moreno. In theaters June 18.

I Carry You With Me

After premiering award-winning documentaries like Detropia and Love Fraud at the Sundance Film Festival, director Heidi Ewing made her narrative feature debut with I Carry You With Me, an acclaimed drama that won the NEXT Audience Award and the NEXT Innovator Award in Park City in 2020. The film’s decades-spanning script is based on the true story of two men—an aspiring chef and a teacher—who fall in love in Mexico and immigrate to the United States. In theaters June 25.

Documentary filmmaker Pedro Kos brought Rebel Hearts — the story of a group of pioneering nuns bravely stand up to the Catholic Church patriarchy, fighting for their livelihoods, convictions and equality against an all-powerful Cardinal — to the 2021 Sundance Film Festival for its world premiere. “This David-versus-Goliath tale ultimately is an inspiring story about creating community, fighting for change, and what it means to sacrifice everything for what you believe in,” Kos told us. “Even though much of the story takes place 50 years ago, we feel this is the perfect time to rediscover this forgotten piece of history that speaks so much about our current moment.” In theaters June 25.

Writer-director Jakub Piątek’s 2021 Sundance Film Festival feature — which was part of our World Cinema Dramatic Competition — takes place on the last day of 1999, when 20-year-old Sebastian locks himself in a TV studio. He has two hostages, a gun, and an important message for the world. The story of the attack explores a rebel’s extreme measures and last resort. See it on Netflix beginning June 30.

Janicza Bravo was no stranger to the Sundance Film Festival when she premiered Zola in Park City in 2020. Her 2014 short Gregory Go Boom was followed by her 2017 debut feature Lemon, as well as her 2016 and 2019 New Frontier projects Hard World for Small Things and Ashe ’68. Buckle up, cinephiles: It’s finally time for a road trip. In theaters June 30.