Sundance-Supported Films to Watch in July, from ‘The Fight’ to ‘Palm Springs’ 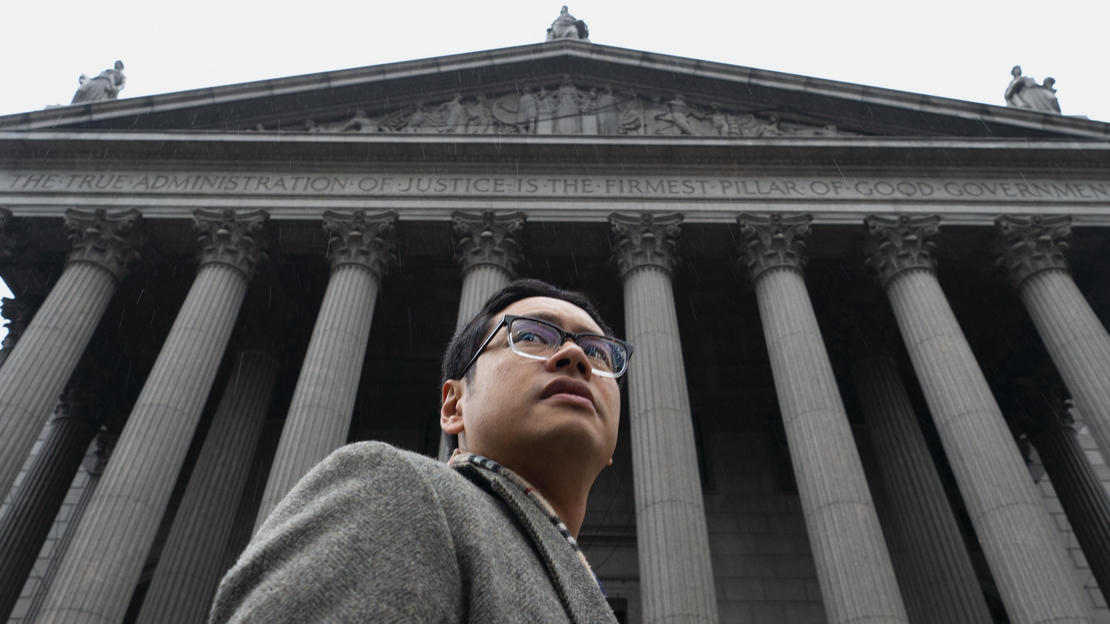 The slate of Sundance Institute–supported films available in July includes powerful political documentaries that shine a spotlight on critical issues. The Fight follows heroic ACLU lawyers in four historic cases over essential rights in abortion, immigration, LGBTQ+ issues, and voting, while the award-winning Boys State looks at the state of American politics through the unlikely lens of an annual mock election among the best and brightest of Texas’s young men. And She Could Be Next documents the women of color who claimed their power by running for office during the historic 2018 midterm elections—including women like Rashida Tlaib and Stacey Abrams who are transforming politics from the ground up.

As we continue celebrating Pride well beyond June, we’re rewatching Sam Feder’s documentary Disclosure: Trans Lives on Screen. Featuring figures like Laverne Cox, Lilly Wachowski, and Yance Ford, the film traces the history of transgender portrayals in the media, intersecting deeply with issues of race and gender. And the new release Mucho Mucho Amor highlights the gender-nonconforming burst of positivity known as Walter Mercado, the beloved Puerto Rican TV astrologer and icon who showed generations of Latinx viewers the power of being their authentic selves.

If you didn’t catch our June releases, make sure to check out the powerful leading ladies in both Miss Juneteenth, Channing Godfrey Peoples’s directorial debut about a pageant queen turned struggling single mom, and the award-winning Clemency, starring Alfre Woodard as a prison warden facing a crisis of ethics surrounding her duties on death row.

Here’s the full list of Sundance Institute–supported films with release dates in June and July.

And She Could Be Next (PBS.org)
Directed by Grace Lee and Marjan Safinia

And She Could Be Next follows a defiant movement of women of color as they transform politics from the ground up. Filmed during the historic 2018 midterm elections, the series features organizers and candidates (including Rashida Tlaib and Stacey Abrams) as they fight for a truly reflective government, asking whether democracy can be preserved—and made stronger—by those most marginalized.

And Then We Danced (VOD)
Directed by Levan Akin

In the conservative confines of modern Tbilisi, Merab, a competitive dancer, is thrown off-balance by the arrival of Irakli, a fellow male dancer with a rebellious streak.

In 1971, after being rejected by Hollywood, Bruce Lee returned to his parents’ homeland of Hong Kong to complete four iconic films. Charting his struggles between two worlds, this portrait explores questions of identity and representation through the use of rare archival interviews with loved ones and Bruce’s own writings.

Years of carrying out executions has taken a toll on prison warden Bernadine Williams. As she prepares to execute another death-row inmate, she confronts the psychological and emotional demons her job creates, which ultimately connect her to the man she is sanctioned to kill.

Femi is a British boy of Nigerian heritage who, after a happy childhood in rural Lincolnshire, moves to inner London to live with his mum. Struggling with the unfamiliar culture and values of his new environment, teenage Femi has to figure out which path to adulthood he wants to take.

Turquoise, a former beauty queen turned hardworking single mother, prepares her rebellious teenage daughter for the Miss Juneteenth Pageant, hoping to keep her from repeating the same mistakes in life that she did. Read more.

A young couple moves in with famed author Shirley Jackson and her Bennington College professor husband, Stanley Hyman, in the hope of starting a new life but instead find themselves fodder for a psychodrama that inspires Shirley’s next novel. Read more.

This searing investigative work shadows a group of activists risking unimaginable peril to confront the ongoing anti-LGBTQ+ pogrom raging in the repressive and closed Russian republic. Unfettered access and a remarkable approach to protecting anonymity exposes this underreported atrocity—and an extraordinary group of people confronting evil.

Once the world’s most famous astrologer, Walter Mercado seeks to resurrect a forgotten legacy. Raised in the sugarcane fields of Puerto Rico, Walter grew up to become a gender-nonconforming, cape-wearing psychic whose televised horoscopes reached 120 million viewers a day for decades before he mysteriously disappeared. (Read more.)

In the shadows of the bright lights of Las Vegas, it’s last call for a beloved dive bar known as the Roaring 20s. A document of real people in an unreal situation facing an uncertain future: America at the end of 2016.

When carefree Nyles and reluctant maid of honor Sarah have a chance encounter at a Palm Springs wedding, things get complicated the next morning when they find themselves unable to escape the venue, themselves, or each other. (Read more.)

When Edna, the elderly and widowed matriarch of the family, goes missing, her daughter Kay and granddaughter Sam travel to their remote family home to find her. Soon after her return, they start to discover a sinister presence haunting the house and taking control of Edna. (Read more.)

We Are Little Zombies (VOD)
Directed by Makato Nagahisa

Their parents are dead. They should be sad, but they can’t cry. So instead they form a kick-ass band. This is the story of four 13-year-olds in search of their emotions.

Between New York City and the far north of Norway, an American painter and a Russian émigré find each other in the Arctic Circle. Together, under a sun that never sets, they discover a future and family that they didn’t know they had.

An out-of-luck woman decides to go back to her secluded home village in hopes of inheritance. Little does she know, the villagers have been waiting for her, because she has what they need to lift off a plaguing curse.

Tomaz, an ex-soldier now homeless in London, is offered a place to stay at a decaying house, inhabited by a young woman and her dying mother. As he starts to fall for Magda, Tomaz cannot ignore his suspicion that something insidious might also be living alongside them.

In an unusual experiment, one thousand 17-year-old boys from Texas join together to build a representative government from the ground up.
(Read more.)

At this defining moment in American history, The Fight follows a scrappy team of heroic ACLU lawyers in an electrifying battle over essential rights in abortion, immigration, LGBTQ+ issues, and voting.
(Read more.)