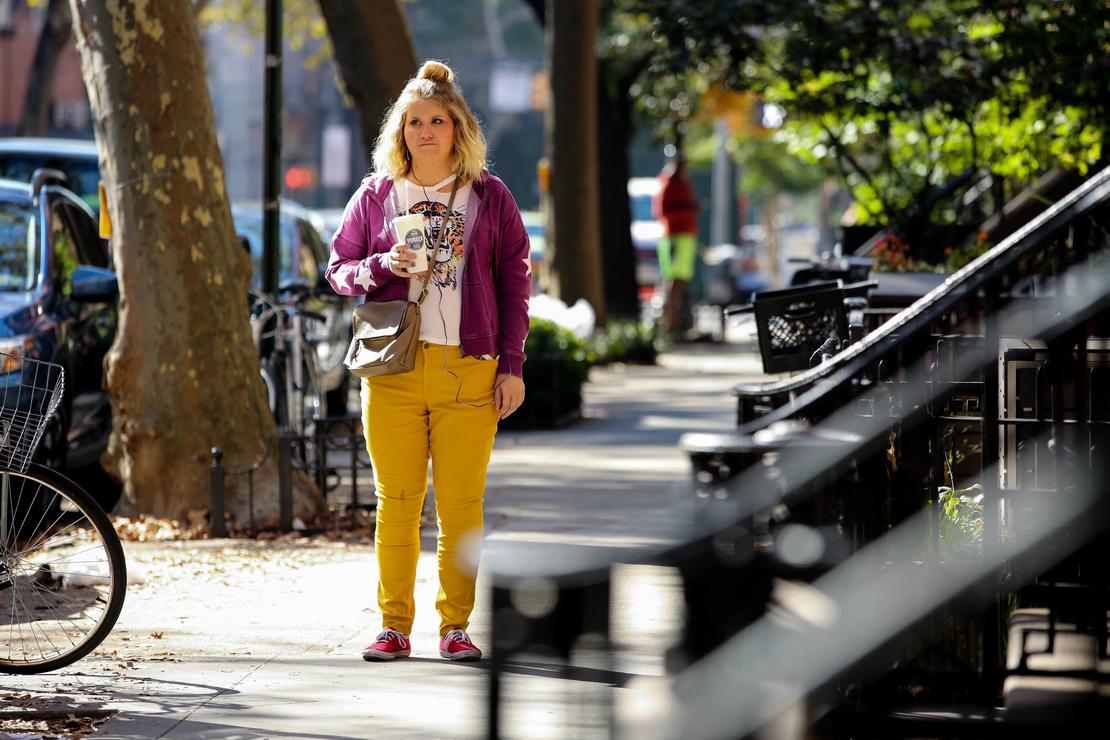 If you’re keeping up with all the new releases from the Sundance Film Festival, you’ve got your work cut out for you in August. With 17 films coming to theaters and streaming platforms (including a host of award winners), you could watch one every other day for the entire month, and then some. Better get started!

In the mood for a theater trip? Then check out Brittany Runs a Marathon, which won the Festival’s U.S. Dramatic Audience Award for being as entertaining as it is inspirational. When Brittany stops by a doctor’s office to score Adderall, she gets a series of diagnoses instead—elevated heart rate, high blood pressure … the list goes on—and then laces up her Converse to run the first sweaty block of a journey to take charge of her life.

In Cold Case Hammarskjöld, Danish journalist Mads Brügger pursues a trail of clues surrounding the unsolved case of Dag Hammarskjöld, the UN secretary-general who was killed in a mysterious 1961 plane crash—and sniffs out something bigger than anything he’d imagined.

If you’re more in the mood for a night in, check out American Factory, which follows workers in an Ohio factory—but not just any factory. After it was bought by a Chinese billionaire, thousands of American and Chinese workers are now working side-by-side, creating a culture clash that’s humorous at first but quickly escalates into a high-stakes intercultural chess game.

Another selection perfect for curling up with on your couch is Jawline, which follows Austyn Tester—handsome and 16—as he tries to get out of rural Tennessee by building his following in the online-streaming world. When Austyn is discovered by a manager, they set off on a U.S. tour to make his dreams come true.

Check out the complete list of all the Sundance-supported films coming to theaters and streaming platforms this month.

A portrait of the extraordinary life and career of actor Anton Yelchin.

A married couple is forced to reckon with their idealized image of their son, who was adopted from war-torn Eritrea, after an alarming discovery by a devoted high-school teacher threatens his status as an all-star student.

1825. Clare, a young Irish convict, chases a British officer through the Tasmanian wilderness, bent on revenge for a terrible act of violence he committed against her family. On the way, she enlists the services of Aboriginal tracker Billy, who is marked by trauma from his own violence-filled past.

Them That Follow, directed by Britt Poulton and Dan Madison Savage (limited)

Inside a snake-handling church deep in Appalachia, a forbidden relationship forces a pastor’s daughter to confront her community’s deadly tradition.

After the Wedding, directed by Bart Freundlich (limited)

Seeking funds for her orphanage in India, Isabel travels to New York to meet Theresa, a wealthy benefactor. An invitation to attend a wedding ignites a series of events in which the past collides with the present while mysteries unravel. Based on the Academy Award–nominated film by Susanne Bier.

Disaster strikes when the egotistical CEO of an edible-cutlery company leads her long-suffering staff on a corporate team-building trip in New Mexico. Trapped underground, this mismatched and disgruntled group must pull together to survive.

After becoming a mother, a filmmaker uncovers the untold history of China’s one-child policy and the generations of parents and children forever shaped by this social experiment.

Awkward teenager Adam arrives to spend his final high school summer with his older sister, who has thrown herself into New York City’s lesbian and trans activist scene. Over the summer, Adam and those around him experience love, friendship, and attendant hard truths in this coming-of-age comedy.

Blinded by the Light, directed by Gurinder Chadha

In 1987, during the austere days of Thatcher’s Britain, a teenager learns to live life, understand his family, and find his own voice through the music of Bruce Springsteen.

Danish director Mads Brügger and Swedish private investigator Göran Björkdahl are trying to solve the mysterious death of Dag Hammarskjöld. As their investigation comes to a head, they discover a crime far worse than killing the secretary-general of the United Nations.

What begins as a documentary following the final tour of a dying magician—“The Amazing Johnathan”—becomes an unexpected and increasingly bizarre journey as the filmmaker struggles to separate truth from illusion.

In postindustrial Ohio, a Chinese billionaire opens a new factory in the husk of an abandoned General Motors plant and hires two thousand blue-collar Americans. Early days of hope and optimism give way to setbacks as high-tech China clashes with working-class America.

A woman living in New York takes control of her life—one city block at a time.

The true story of British intelligence whistleblower Katharine Gun, who prior to the 2003 Iraq invasion leaked a top-secret NSA memo exposing a joint US-UK illegal spying operation against members of the UN Security Council. The memo proposed blackmailing member states into voting for war.

Give Me Liberty, directed by Kirill Mikhanovsky (limited)

When a riot breaks out in Milwaukee, America’s most segregated city, medical-transport driver Vic is torn between his promise to get a group of elderly Russians to a funeral and his desire to help Tracy, a young black woman with ALS.

This film follows 16-year-old Austyn Tester, a rising star in the live-broadcast ecosystem who built his following on wide-eyed optimism and teen-girl lust, as he tries to escape a dead-end life in rural Tennessee.

After a man’s family dies in what appears to be murder, the man gets a call from one of the dead, his niece. He’s not sure if she’s a ghost or if he’s going mad—but as it turns out, he’s not. Instead, her calls help him rewrite history.