Sundance-Supported New Releases for February, from “Land” to “Judas and the Black Messiah” 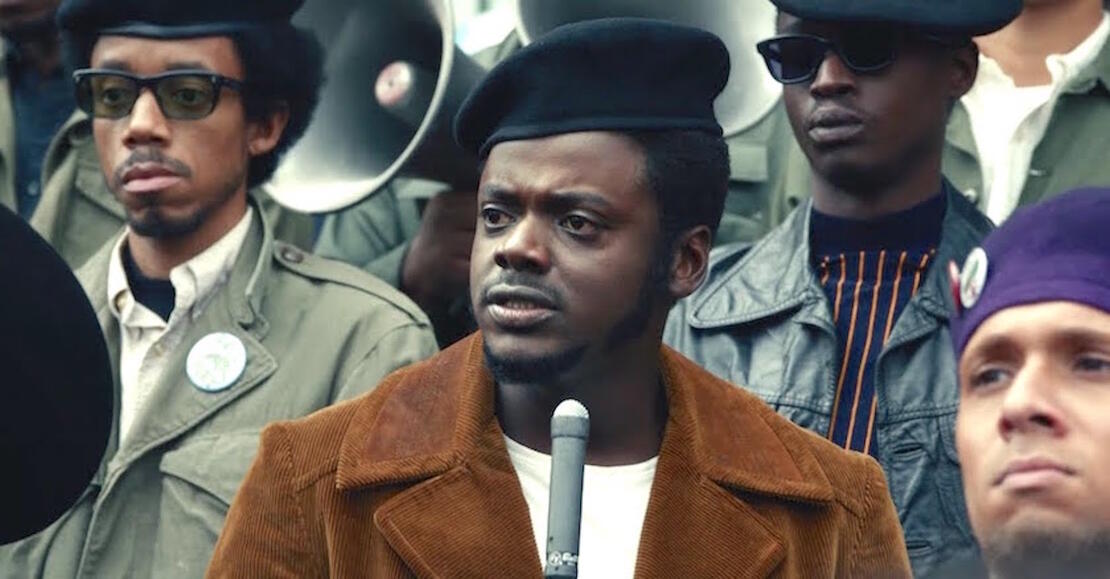 Daniel Kaluuya in Shaka King’s “Judas and the Black Messiah”

Just days after its world premiere at the 2021 Sundance Film Festival, Shaka King’s second feature, Judas and the Black Messiah, has already racked up two Golden Globe nominations (for Daniel Kaluuya’s supporting turn as Fred Hampton and for its original song, “Fight for You”). Luckily for you, if you missed it during our online screenings, you won’t have to wait long to catch the drama, which also features Festival alum LaKeith Stanfield. The project begins streaming on HBO Max next Friday, February 12; it will also have a limited theatrical run.

Other 2021 Festival films that are set to be released this month include Rodney Ascher’s mind-bending Midnight selection A Glitch in the Matrix, Robin Wright’s directorial debut Land, and Mona Fastvold’s Western romance The World to Come. The month will also see the long-anticipated wide release of Lee Isaac Chung’s Minari, just after it picked up several nominations from the Screen Actors Guild (including Best Actor and Best Supporting Actress).

We’d also like to make sure you don’t miss out on the Sundance-supported projects that got released in January. Jerry Rothwell’s The Reason I Jump, Ramona S. Díaz’s A Thousand Cuts, Radu Ciorniciuc’s Acasa, My Home, and Lance Oppenheim’s Some Kind of Heaven are all available to stream and/or watch in theaters now.

A Glitch in the Matrix

Rodney Ascher (Room 237, 2012 Sundance Film Festival) returned to the Festival with this fascinating and visually stimulating documentary examining simulation theory—the idea that this world we live in might not be entirely real. Simulation theory is as old as Plato’s Republic and as current as Elon Musk’s Twitter feed. A Glitch in the Matrix traces the idea’s genesis over the years, from philosophical engagements by the ancient Greeks to modern explorations by Philip K. Dick, the Wachowskis, and leading scholars, game theorists, and enthusiasts. [VOD + Limited Theatrical]

In a quiet southern town, popular and charismatic theatre kid Krista finds herself increasingly drawn to Nito, the new student in her high school who catches her attention with his impressive skating videos. The two share an easy rapport and quickly grow close. Unbeknownst to her, their lives and that of her gun-loving neighbor, Adam, will soon become intertwined—until they reach a breaking point. [Tubi]

Judas and the Black Messiah

Fred Hampton’s cathartic words “I am a revolutionary” became a rallying call in 1969. As chairman of the Illinois chapter of the Black Panther Party, Hampton demanded all power to the people and inspired a growing movement of solidarity, prompting the FBI to consider him a threat and to plant informant William O’Neal to infiltrate the party. Judas and the Black Messiah not only recounts Hampton’s legacy and the FBI’s conspiring but also gives equal footing to the man who became infamous for his betrayal—highlighting the systems of inequality and oppression that fed both of their roles. [HBO Max, Limited Theatrical]

Jeanne, a shy young woman, lives at home with her uninhibited bartender mother and works the graveyard shift as a cleaner at an amusement park. Her mother wants her to meet a man, but Jeanne prefers tinkering in her bedroom with wires, light bulbs, and spare parts, creating miniature versions of theme park rides. During her late-night shifts she begins spending intimate time with the alluring new Tilt-A-Whirl ride that she decides to call Jumbo. Finding herself seduced by “his” red lights, smooth chrome, and oily hydraulics, Jeanne concludes that the thrilling new relationship she wants to pursue is with Jumbo. [Limited Theatrical; VOD coming March 16]

Acclaimed actress Robin Wright returns to the Sundance Film Festival with her directorial debut, set in the picturesque but unforgiving wilds of nature. Wright stands out in her performance as Edee, a woman lost in grief, while Demián Bichir’s subdued and charming presence depicts an unexpected and reflective companion who questions Edee’s abrupt choices. Land is a quiet yet masterful journey into the complex desire for solitude as a woman searches for meaning in the vast and harsh American wilderness. [Limited Theatrical]

It’s the 1980s, and David, a 7-year-old Korean American boy, is faced with new surroundings and a different way of life when his father, Jacob, moves their family from the West Coast to rural Arkansas. His mother, Monica, is aghast that they live in a mobile home in the middle of nowhere, and naughty little David and his sister are bored and aimless. When his equally mischievous grandmother arrives from Korea to live with them, her unfamiliar ways arouse David’s curiosity. Meanwhile, Jacob, hell-bent on creating a farm on untapped soil, throws their finances, his marriage, and the stability of the family into jeopardy. [VOD + Limited Theatrical]

The World to Come