Release Rundown: Sundance Films to Watch in August, from ‘CODA’ to ‘Bring Your Own Brigade’ 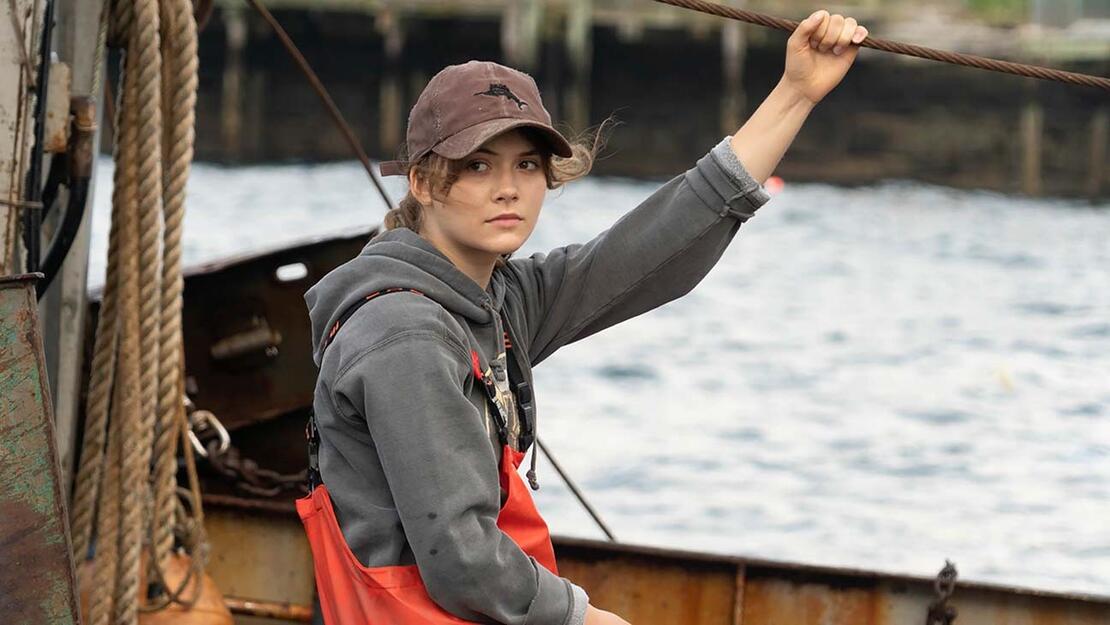 Even before the 2021 Sundance Film Festival had ended, before the final screening had screened and all the awards bestowed, CODA, Sian Heder’s heartfelt film about a spunky teenager who is the only hearing member of her family, achieved crowd-pleaser status.

Following CODA’s online premiere, Variety pronounced it an “emotional knockout.” Hollywood Reporter called it a “radiant, deeply satisfying heartwarmer.” Decider hailed it as “an instant classic.” The sentiment was clear, the trajectory established.

Apple bought the distribution rights, and when all was said and done, writer-director Heder and her cast and crew took home the grand jury prize, the director award, and the audience-favorite award in the U.S. Dramatic Competition — as well as a Special Jury Prize for Ensemble Cast.

Heder, who insisted upon casting deaf actors in the deaf roles, was ecstatic.

“The whole CODA team is also so grateful to Sundance for being a part of the film’s journey,” she told Deadline.

And then she issued a call to action: “I hope that this film and Apple’s powerful support will help kick down some doors standing in the way of inclusion and representation and pave a path for more stories that center characters from the deaf and disabled community. The world has waited too long for these stories to be told. Now is the time. No more excuses.”

CODA, shorthand for Children of Deaf Adults, is one of nine Sundance-supported films coming into wide release in the U.S. in August. Seven were introduced at the 2021 Festival, the remaining two in 2020.

Social conscience is on full display in the documentary category as well, notably in Bring Your Own Brigade, which examines the increasing global calamity of uncontrolled wildfires.

Bring Your Own Brigade

The wildfires that raged throughout California in November 2018 nearly wiped out Paradise — but residents of the community were hardly the only ones devastated by the hungry, out-of-control flames. Writer-director Lucy Walker, a Sundance veteran, explores the history, causes, and effects of such deadly blazes, finding that climate change, questionable fire suppression policies, and wealthy corporate interests play a role. And it’s ordinary people who pay the price. Her documentary opens in theaters August 6.

John and the Hole

Thirteen-year-old John drugs his parents and older sister and imprisons them in a deep hole in the ground in the neighboring woods. He intends to live a life of his own design back at the homeplace. This unsettling coming-of-age film from first-time feature director Pascual Sisto traces the angst of being a young teen, the youngest child in a well-to-do family, and facing transition from the freedom of childhood into the constraints of adulthood. The story was adapted by screenwriter Nicolás Giacobone from his own short story. IFC Films releases this psychological thriller in theaters and on demand August 6.

A married journalist team experiences the adrenaline rush of reporting Los Angeles’ fast-breaking stories as they unfold beneath the news-station helicopter. The two covered such groundbreaking stories as the 1992 riots and the 1994 O.J. Simpson Bronco chase. The stress took a toll on their relationship, as Zooey made a major transformation. Director Matt Yoka tells the real-life story through home videos and aerial footage. The documentary, which played at the 2020 Festival, opens in theaters and on demand August 6.

Misha and the Wolves

Misha Defonseca wrote a powerful memoir of fleeing the Nazis as a young orphan, protected by the wolves in the forest as she made her way to freedom. Readers were moved by her story, and Misha became a sought-after speaker and admired Holocaust survivor. That is, until her publisher began digging and discovered flaws in Misha’s account. Sam Hobkinson’s documentary combines interviews, archival footage, and re-enactments. The film arrives on Netflix August 11.

As if being a high school senior didn’t carry enough stress — what with test scores and college applications and the pressure of creating beautiful final memories — the Class of 2020 had to weather a pandemic as well. Director Peter Nicks completes the final segment of his documentary trilogy on Oakland, California, looking at the intersection of education, criminal justice, and healthcare. (The second film earned him the Festival’s documentary directing award in 2017.) This third chapter follows efforts to eliminate the school district’s police force amid the national debate over defunding law enforcement. The film, which won the Jonathan Oppenheim Editing Award at the Festival, premieres on Hulu and in theaters August 12.

In a funny and emotional coming-of-age story, Emilia Jones delivers a standout performance as the only hearing member of a deaf family that makes its living off commercial fishing. Ruby serves as the ears and voice for her mother (Marlee Matlin), father (Troy Kotsur), and brother (Daniel Durant) — until the 17-year-old finds herself torn between obligation to family and her dream of following her passion for singing. Director Sian Heder sought authenticity by casting deaf actors in the deaf roles. Their combined efforts drew a slew of awards at this year’s Festival: U.S. Grand Jury Prize: Dramatic, Directing Award: U.S. Dramatic, Special Jury Prize for Ensemble Cast, and Audience Award: U.S. Dramatic. The film releases in theaters and on Apple TV on August 13.

In the Same Breath

Chinese filmmaker Nanfu Wang tracks COVID-19 from Wuhan to the United States, comparing similar responses (and missteps) by Chinese and U.S. leaders and revealing the trauma experienced by health-care workers, COVID patients, and their families. The documentary airs at 7 p.m. MT August 18 on HBO and HBO MAX; it is available on demand August 19.

Director David Bruckner brings his signature psychological horror to a wider audience with this tale of a woman (Rebecca Hall) struggling with the recent, unexpected death of her husband. She is staying alone in the lakeside house he built when the dreams and strange occurrences begin. Bruckner’s carefully crafted and chilling ghost story unfolds as she uncovers her husband’s disturbing secrets. This film, which was among the Midnight offerings at the 2020 Festival, escapes into the world of movie theaters on August 20.

Welcome to the world of animation for adults. Writer-director Dash Shaw’s colorful treatment belies a serious story about cryptids, mythical beings like unicorns and Japanese creatures called baku that are said to devour nightmares. Relieved from her childhood nightmares by a baku, Lauren devotes her life to saving cryptids by becoming a keeper at a cryptozoo. But then she begins to wonder if it might be more humane to allow these beings to exist out of the public eye. Shaw’s film, which releases August 20, won the NEXT Innovator Prize at this year’s Festival.

After disappearing from their polyamorous relationship years ago, Lane makes a surprise visit to newlywed musicians Fred and Bertie, who are living in the French countryside. No surprise, that sets up a wave of conflicted emotions, passions, and soul-searching — all set against a backdrop of vineyard parties, farmers markets, and country hikes. This Marion Hill film, which won the audience award in the NEXT category at the 2021 Festival, opens in theaters August 20.