Release Rundown: “Together Together” and “In the Earth” Hit Theaters in April 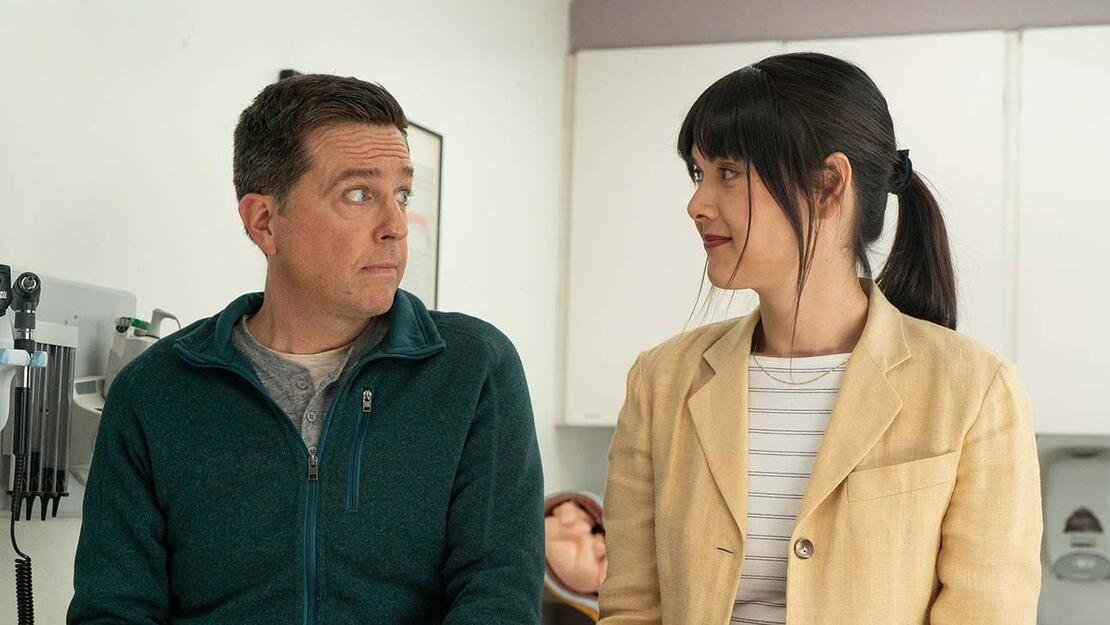 Welcome to Release Rundown, your monthly look at the Sundance-supported titles hitting theaters and streaming platforms. In this revamped column, we’ll let you know where you can find each release, offer up trailers, and also clue you in on some classic Festival titles currently available on streaming platforms like Netflix, Amazon Prime, HBO Max, Hulu, Criterion Channel, and beyond. Here’s a look at everything you’ll want to add your your queue in April 2021.

“I think romantic love takes up a lot of real estate in the stories that we tell, and that’s bad,” says writer-director Nikole Beckwith, who set out to right that wrong with Together Together. The crowd-pleasing film — which explores the life-changing platonic connection between a 40-something single man and the 20-something woman who is hired to be his surrogate — had its world premiere at the 2021 Sundance Film Festival, and it’s set to hit cinemas April 23.

“I wanted to make a movie about one of the other kinds of love that we fall in over the course of our lives because those are important, whether they’re romantic or familial or professional or fleeting,” continues the filmmaker, who tapped Ed Helms and Patti Harrison for the lead roles. Though both performers are known for their comedic chops, Beckwith enjoyed subverting audience expectations and knew both performers would nail the dramatic scenes required of them.

April will also see the release of British director Ben Wheatley’s In the Earth, an apocalyptic horror film that feels particularly suited for 2021. (Make it a double feature by adding Wheatley’s darkly funny 2013 Festival feature Sightseers to your watchlist.) And last but not least, don’t forget to stay tuned for the long-awaited April releases of two 2020 Festival titles, Rodrigo García’s Four Good Days and Mosotho filmmaker Lemohang Jeremiah Mosese’s This Is Not a Burial, It’s a Resurrection.

Ten years of opioids have left Molly’s life in shambles. A new drug may give her a chance to break free if she is able to stay clean for four days, with the help of her mother Deb, a tough, clear-eyed woman. Their love will be tested to the limits. Directed by Rodrigo García, Four Good Days will be released on VOD on April 30.

As a disastrous virus grips the planet, a scientist and a park scout venture deep into the forest for a routine equipment run. Through the night, their journey becomes a terrifying voyage through the heart of darkness as the forest comes to life around them. Directed by Ben Wheatley, In the Earth will be released on April 16 in select theaters.

This Is Not a Burial, It’s a Resurrection

When her village is threatened with forced resettlement due to reservoir construction, an 80-year-old widow finds a new will to live and ignites the spirit of resilience within her community. In the final dramatic moments of her life, Mantoa’s legend is forged and made eternal. Directed by Lemohang Jeremiah Mosese, This Is Not a Burial, It’s a Resurrection will be released in the U.S. in virtual cinemas on April 2.

When young loner Anna is hired as the surrogate for Matt, a single man in his 40s, the two strangers come to realize this unexpected relationship will quickly challenge their perceptions of connection, boundaries and the particulars of love. Directed by Nikole Beckwith, Together Together will be released in select theaters on April 23.

Todd Haynes brought his debut feature “Poison” to the 1991 Festival.

Every month, we like to give a nod to a few classic Sundance selections that can be found on streaming platforms. For April, we’re pulling out two selections from the 1991 Festival that are celebrating their 30th anniversaries this month.

Hangin’ with the Homeboys

Writer-director Joseph B. Vásquez’s second feature is a slice-of-life drama set in New York City. Anchored by a cast that includes Doug E. Doug, Mario Joyner, John Leguizamo, and Nestor Serrano, the film invites audiences along for an eventful Friday night. The film was awarded the Waldo Salt Screenwriting Award at the 1991 Festival and was released on April 5, 1991. Watch now.

After bringing his cult short film Superstar: The Karen Carpenter Story to the 1988 Sundance Film Festival, Todd Haynes returned to Park City in 1990 with his first feature, Poison. In three separate but interrelated and intercut stories inspired by the writings of Jean Genet, Haynes revealed his ability to explore social issues within a popular form. Poison was released on April 5, 1991. Watch it now.