What to Watch in March, from ‘Crip Camp’ to ‘Hillary’ and ‘Lost Girls’ 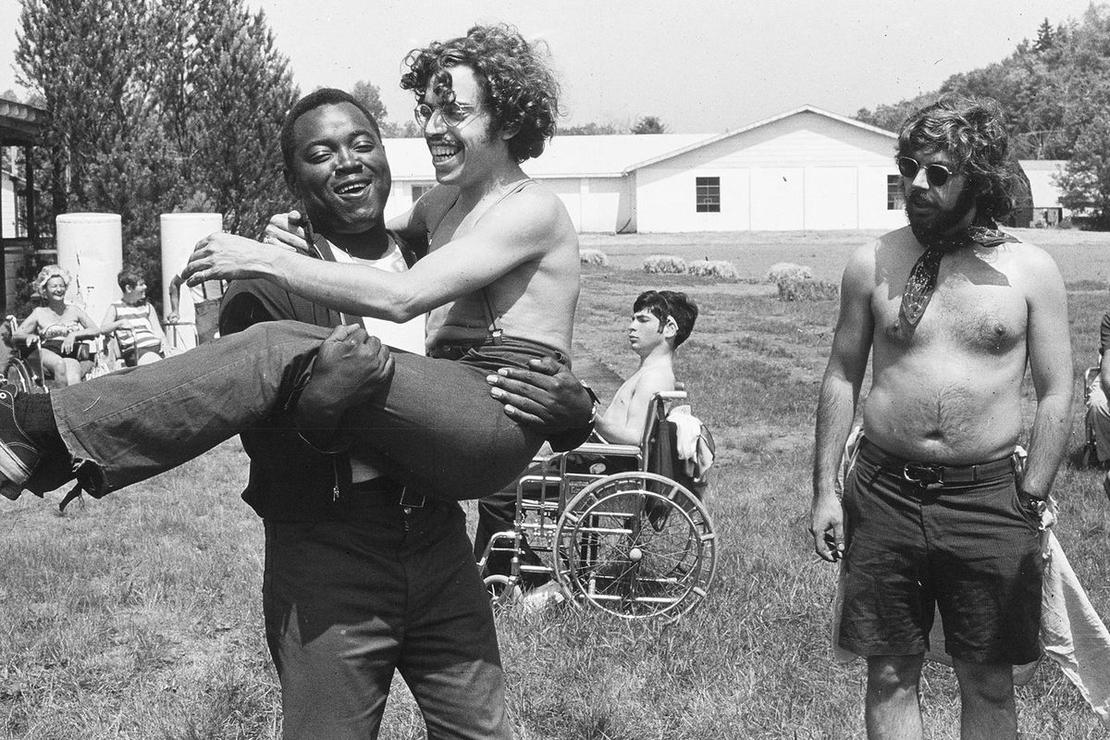 L–R: ‘Hillary,’ ‘Lost Girls,’ and ‘Crip Camp,’ all of which premiered at the 2020 Sundance Film Festival

When her third feature, Never Rarely Sometimes Always, premiered at the Sundance Film Festival in January, Eliza Hittman was clear about the urgency of the project’s message. “We have an administration that’s trying to chip away—successfully—women’s rights, reproductive rights,” she said after a screening at the Library Theatre in Park City.

Fittingly, the film—which follows two teenage cousins from rural Pennsylvania as they travel by train to New York City so one of them can get an abortion—premieres March 13, right in the middle of Women’s History Month. As with Hittman’s previous works, Beach Rats and It Felt Like Love, the characters onscreen and the worlds they inhabit feel achingly real.

But that’s not the only 2020 Sundance project hitting theaters and streaming platforms this month. Nanette Burstein’s docuseries Hillary—which features never-before-seen footage from the 2016 campaign trail—comes out on Hulu on March 6, while Liz Garbus’s Lost Girls—a mystery starring Amy Ryan and Thomasin Mckenzie—will have its premiere on Netflix on March 13.

And we’re capping off March with news that Netflix will be premiering Crip Camp: A Disability Revolution—one of the opening-night selections from the 2020 Festival—on March 25. At the project’s premiere at the Eccles Theatre, co-director Jim LeBrecht described the film as “a hidden story and a story that I didn’t want to be lost to history.”

Now, onto the details.

Based on Robert Kolker’s 2013 true-crime novel of the same title, Lost Girls is a searing look at a mother’s relentless fight for justice against the system that failed her. After her eldest daughter, Shannan, goes missing in an affluent Long Island neighborhood, Mari Gilbert (Amy Ryan) demands answers.

Autumn, a stoic, quiet teenager, is a cashier in a rural Pennsylvania supermarket. Faced with an unintended pregnancy and without viable alternatives for termination in her home state, she and her cousin Skylar scrape up some cash, pack a suitcase, and board a bus to New York City.

Kyle is depressed, and a weekend bike ride with his best friend, Mike, should help. Fresh air. Camaraderie. Exercise. But Mike has something to say that might ruin the ride.

Just down the road from Woodstock, Camp Jened was a camp for disabled teens. Directors Nicole Newnham and Jim LeBrecht (a former Jened camper himself) deliver a rousing film about a group of campers turned activists who shaped the future of the disability-rights movement and changed accessibility legislation for everyone.