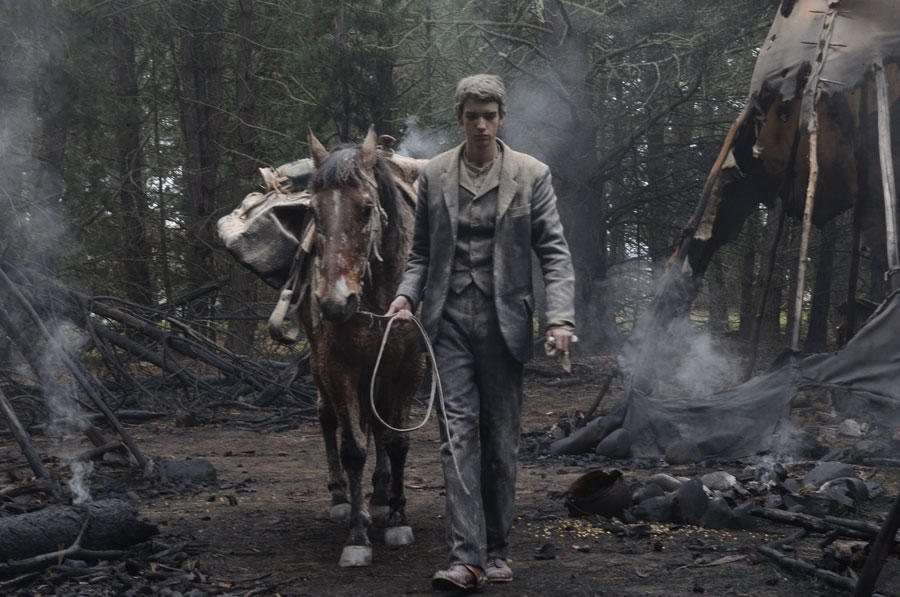 In Slow West, winner of the Grand Jury Prize in the World Cinema Dramatic Competition at the 2015 Festival, English writer-director John Maclean doesn’t transpose the genre to Europe—he brings a European sensibility to the American West. Considering the preponderance of immigrants who migrated to and settled in America, it wasn’t exactly a crazy notion.

“The more I read about it, the more I realized the Germans, Scandinavians and Africans” were everywhere in the Old West, and fundamental to the formation of the country. “I did want to make sort of the truest western,” Maclean said, wryly.

The film stands out not only because of its European influences—Maclean chose a 1:66 aspect ratio rather than the familiarly epic widescreen scope to offer a less operatic, more European arthouse aesthetic—but thanks to a unique tonal approach.

“Once upon a time, 1870 to be exact,” is how the film starts, and an air of storybook wonder is maintained—although so is a wicked gallows humor and pistol-packed violence.

An innocent young Scottish man named Jay Cavendish, played by Kodi-Smit McPhee, travels westward in search of his lost love, Rose (Caren Pistorius), and is befriended by a bounty hunter played by Michael Fassbender who, unbeknownst to Jay, also has the fugitive Rose in his sights.

“The way I approached this was a mixture of realism and a kind of fairytale. I wanted it to be authentic but also kind of like a dream,” Maclean said. “I hoped it would be sort of funny and sad—sometimes at the same time.”

At the film’s Sundance premiere in January, Pistorius and McPhee were joined by supporting star Ben Mendelsohn, who was outfitted in the hugely shaggy fur coat worn by his outlaw character in the film. Without giving too much away, by the end of the film a great number of the characters are snuffed out, stars included, and at the end of the film Maclean makes the uncommon choice to revisit and, to some degree, pay respect to the scenes of carnage.

“When I was writing [the film] there were some ‘80s Eddie Murphy films on the telly,” he recalled, stifling a laugh. “And there were security guards getting blasted by the goodies, and then after [we’re] not having a second thought about it. So I just wanted to pay tribute to people that died making this journey.”

And with that he perfectly evoked the wry humor of his film, its blend of pathos and parody, horror and hilarity.