Sundance Q&A: The Party, The Afterparty, and the Hangover Coalesce in ‘Belgica’ 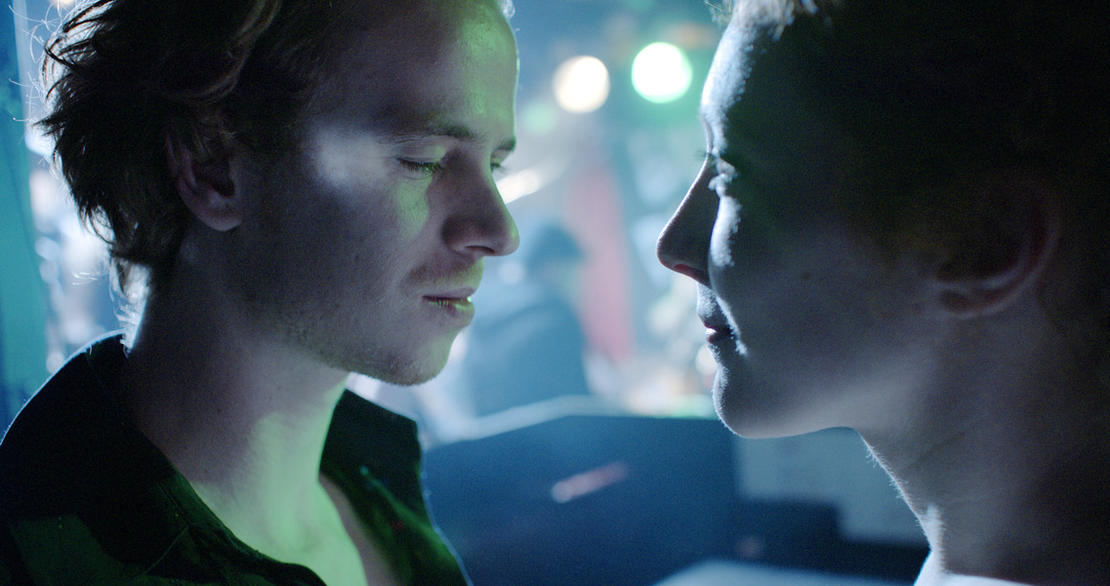 At this year’s Sundance
Film Festival, Belgian director Felix van Groeningen revealed the personal
connection behind the brotherly descent into sex, drugs, and rock n’ roll that
is Belgica.

“It’s inspired
by a real bar, which my father started in 1989 and was sold to two brothers in
2000,” he said during the post-screening Q&A.

Yet it’s the story of these
brothers, rather than of Van Groeningen’s father, that motivates the film. When
sensitive, one-eyed Jo buys the Belgica dive bar, his recently domesticated
older brother Frank volunteers to help out, quickly turning the place into a
destination rock club for all manner of people, a joyously seedy “Noah’s Ark”
for nightcrawlers.

But things turn sour as Frank becomes brutish, foolish and
permanently drunk and high, neglecting his wife and children and imperiling the
community that they built. Meanwhile Jo finds himself enacting familiar cycles
of rage and resentment toward his brother, whom he can’t decide whether to save
or punish.

“They’re like a bunch of
misfits and outsiders, but somehow they create this thing that they think is
beautiful—and it is in a way,” the director said. “There are problems of course,
but the idea is that together they can do this, and everybody’s welcome. Let’s
dance and enjoy music. But that nightlife can be very destructive if you party
too much. Because drugs come in. Violence comes in. That’s how I saw that whole
period when my father had the bar. It just turned. It became dark, and this
place became monstrous in a way. It brought out the best in people but also the
worst.”

The cast offered
differing takes on the character of Frank, who see-saws between charismatically
charming and undeniably repugnant throughout the film.

“I hope you can feel
that Frank is the loveliest guy when he’s okay. He’s so full of energy. But
when he gets drunk and high he’s an animal,” said actress Charlotte
Vandeermeesch, who plays Frank’s suffering but knowing wife, Isabelle. “They
were a bit of a rock n’ roll couple, and they’ve been together for a while,”
she continued, offering some perspective on how the characters function as a
couple, despite Frank’s toxicity. “She wanted another phase in life and they
decided to have children, and he cooperated on all of that, but actually he
lost what he also loves, which is to have fun and go wild. She kind of
understands that and lets him live. It’s finding a balance in the relationship.
She’s self-sacrificial. And I know people like that. You do too. It’s love.”

On the brotherly end of
things, actors Tom Vermeir (Frank) and Stef Aerts (Jo) talked about the
evolution of their on- and off-screen rapport. “A couple weeks before shooting,
Felix decided that we should do the film in a very heavy dialect, a strong
accent from the western side of Belgium,” Aerts said. “It’s a part where Tom
grew up. And because of that, I needed a dialect coach. And there was Tom. He
was reading my lines word for word into my iPhone. It was a very intense job.”

“We spent a lot of time
together. And [we did] some nightlife study. And that brings people together,
you know?” he said with a grin. “It was a good match.”

“We had a common interest
in nightlife and all the things that surrounded us,” Aerts said with a matching
sly smile, evoking hijinks the likes of which are featured in the movie—though
likely a bit tamer. “I didn’t know Tom before but I really know him by now. And
I love him very much, like a brother.”