Q&A: Director Natalie Erika James Offers a Peek Inside the Making of Her Debut Feature, ‘Relic’ 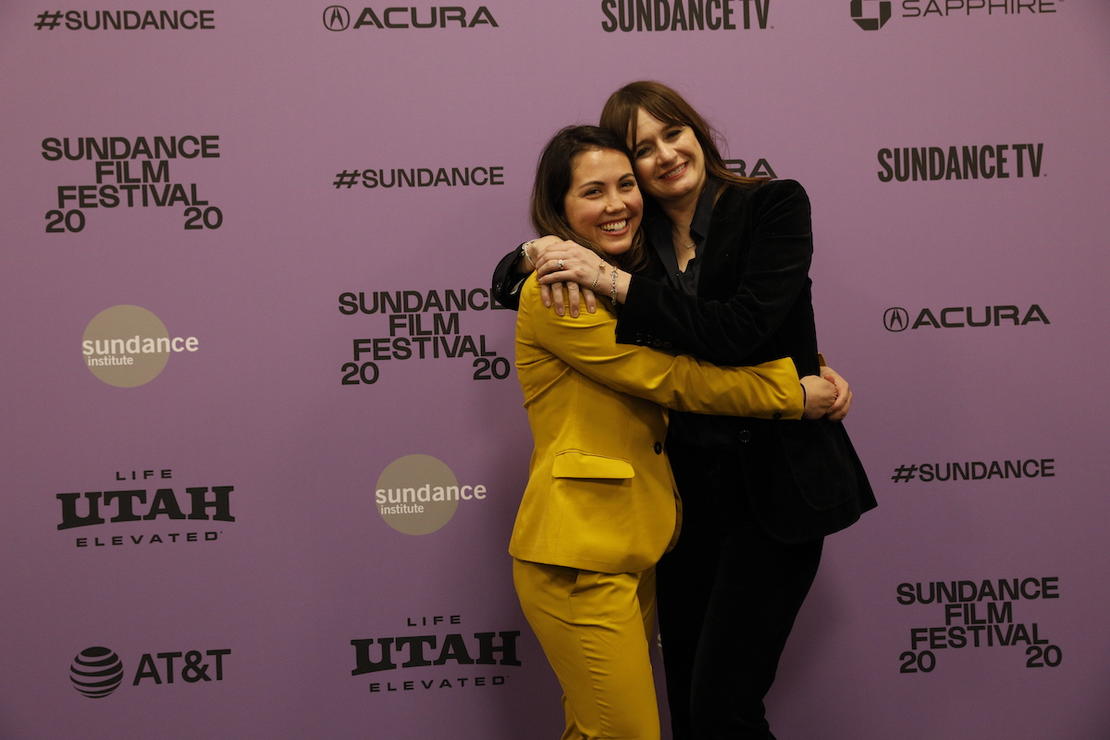 Natalie Erika James’s debut feature, Relic, had its premiere at the 2020 Sundance Film Festival as part of the Midnight lineup. It is now available to rent online (and is screening at select drive-ins around the United States).

As Natalie Erika James recounted during the 2020 Sundance Film Festival, the seed for the horror story that would become Relic was planted when she went to Japan as an adult to spend time with her grandmother, who was suffering from Alzheimer’s.

“It was the first time where she couldn’t remember who I was, and there were a lot of feelings of guilt about having not gone earlier and spending more time with her,” the Melbourne-based filmmaker said during a post-screening Q&A. “In combination with that, she also lived in this really creepy traditional Japanese house, and I’d always been scared of it as a kid. I think those two elements really fused in my mind.”

All of this comes through in the finished film, which begins as a more traditional family drama before slowly, subtly transforming into something infinitely more terrifying and abstract. We recently caught up with James to find out more about the project, which stars Emily Mortimer as Kay and Bella Heathcote as Sam, a mother-daughter pair who are summoned to rural Creswick, Victoria, Australia, when Kay’s elderly mother, Edna (Robyn Nevin), is reported missing from her sprawling home.

“I always love films that start in a more grounded place,” says James, who spends the first act of the film setting up the complex dynamics between the three women. “I think somehow starting it closer to real life means it has a bigger impact when you diverge from that reality. But we also wanted it to feel like that divergence was happening really gradually in the sense that the audience is being drawn into Edna’s experience just as much as the characters Kay and Sam were.”

We really wanted that to feel like it’s odd and unsettling from your first glimpse into it, but it’s not like you’re entering this whole new world. It’s not like a Narnia moment where you go through this cupboard and you’re in an alternate dimension.

Edna’s increasingly disjointed mental state is eventually mirrored in the house itself—a cluttered, seemingly never-ending labyrinth that’s easy to enter but nearly impossible to find your way out of. “We really wanted that to feel like it’s odd and unsettling from your first glimpse into it, but it’s not like you’re entering this whole new world,” she says.

“It’s not like a Narnia moment where you go through this cupboard and you’re in an alternate dimension,” she adds. “It’s that idea of taking what’s familiar and kind of twisting it or warping it. That was kind of the general approach. And then, of course, shit hits the fan and things just go a bit haywire.”

While Edna’s violent outbursts are startling to Kay and Sam, who feel guilty for not visiting more frequently, the script is careful not to characterize her as a monster. Here, James credits Asian horror films as an influence.

“Nowadays the lines are slightly blurred, and it’s not as specific to that genre, but certainly in the past, a lot of Asian horror treated the menace or the ghost quite differently,” she says. “A lot of times the menace or the ghost was actually somewhat sympathetic—often they’re a woman, and often they’ve been wronged, so there’s an understanding of where the ill will or the trauma was coming from.

It’s fine in theory to say ‘You need more jump scares’ or ‘You need more horror set pieces,’ but in practice, you can often feel the writer’s hand when the story hasn’t earned [them].

“[It’s] more about internalized fears being externalized more than things invading the home. There’s also a building of tension within the frame that’s not about the edit—the jump scares and the quick cuts—as much as what’s slowly coming toward you. I guess overall a feeling of restraint: those horror films can be really extreme as well, but there’s an aura of restraint.”

That aura of restraint was something James and her co-writer, Christian White, felt compelled to protect as they began looking for producing partners.

“A lot of the feedback that we got was that we needed to push the film into a horror direction—I guess more of a commercial horror direction,” she says. “But it was important to me to retain the drama component and that it still had that emotional resonance throughout. It’s fine in theory to say ‘You need more jump scares’ or ‘You need more horror set pieces,’ but in practice, you can often feel the writer’s hand when the story hasn’t earned [them].”

Robyn Nevin takes on the role of Edna in ‘Relic.’

James and White save most of the out-and-out capital-T terror for their grand finale—a moving, memorable, and thoroughly well-earned climax that’s sure to elicit a visceral reaction in viewers.

A self-described “massive Cronenberg fan,” James was relieved once she saw her vision come to life via a mix of practical effects and visual effects. “My initial reaction to seeing it was just to burst into tears of joy,” she says.

Now that Relic is available via streaming, audiences in the U.S. and Australia can experience the joy and terror for themselves.