Sundance Q&A: How a Tickling Competition Became an Investigative Thriller 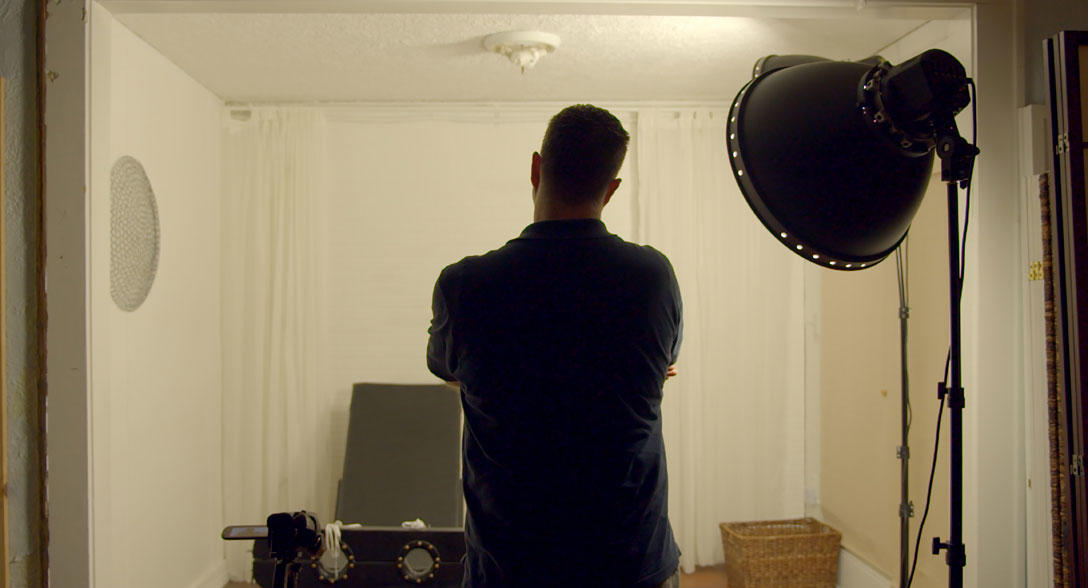 You’d think that a film called Tickled would offer a light, escapist, mirthful time at the theater. But while this World Documentary Competition feature is often very funny, and starts off as an uproarious investigation into an obscure and frankly amusing fetish, it quickly veers into very darker territory.

Provoked by insulting and homophobic responses to requests for an interview, New Zealand directors David Farrier and Dylan Reeve press deeper into a surprisingly disturbing subculture, led by several shady organizations perhaps run by the same mysterious person. The filmmakers travel to the U.S. in pursuit of these organizations, and along the way interview young men throughout the country who’d been recruited to perform in fetish videos and then were viciously harassed when they attempted to stop participating.

The discomfiting developments on screen were improbably matched by a discomfited presence within the rows of the Library Theater last night. An associate of the aforementioned mysterious ringleader (no spoilers), who’s briefly but memorably featured in the film, was both spotted and heard toward the back of the room, scrawling furiously onto rustled papers, loudly snapping a clipboard, and exhaling angrily throughout. It made for a truly surreal, oddly but intensely stressful screening experience for those within the vicinity.

During the post-screening Q&A, when Farrier was asked if any people that were interviewed in the film have seen the movie, the buzzing group that sat near the agitated, and by-then absent subject, interjected in unison to say, “Yes!”

“He said to say hi to you,” the audience member said.

Farrier speculated that, after relative silence after the first screenings of the film at the Festival, he’d be hearing from the litigious mystery man. That aspect of the story is actually explored in the film itself, with the directors revealing throughout that they’ve been targeted and threatened for trying to pursue this story. (Let’s again take a moment to acknowledge that this is all happening around a film called Tickled, regarding people who like to tickle and be tickled.)

“Just protecting ourselves legally was a mission,” Farrier said. They let their Kickstarter campaign go quiet and “pretended the storm wasn’t happening anymore.” Now that they’ve gone public with the film, Farrier said his hope was that the FBI and other authorities would pay closer attention to what’s been happening, including allegations of fraud, harassment, and blackmail. With this in mind, Farrier was asked why he wasn’t more aggressive during a brief but intense streetside encounter with the Tickle King (which Farrier said was the working title).

“I was kind of having a mild panic attack at the time,” he said. “For a New Zealander especially, America is scary. It was a very sane conversation, but I didn’t know what he was going to do. People have guns in America,” he said, archly, but considering the mood in the room it also felt apt. “Instead I just went with this weird, deadpan hello. I genuinely thought, in the back of my brain, that I could somehow charm him. I was even thinking I might be able to sit down and chat with him in a formal interview.” Needless to say that doesn’t happen in the film.

Yet even after all this, someone from the audience still wasn’t sure if Farrier was trying to put one over on everyone. “I have to ask this to make myself feel better: really? Did this really happen?” a man asked, and was answered with cathartic laughter. “We did some test screenings for some New Zealand audiences, and a few of the people leaving thought it was a mockumentary,” Farrier said. “And that’s the best possible response I could imagine. I still struggle with this, but it’s completely real.”

Before leaving, Farrier again reversed the Q&A dynamic, and asked after the man who wasn’t exactly hiding his presence or dissatisfaction during the screening. “How many notes did he take, how many pages?”

“He kept flipping and flipping.”

“He took timecode the whole time.”

“Was he recording audio?” Farrier asked.

“Ah,” Farrier said, offering the ideal kicker. “I’m so glad you got to meet someone from the film.”

This article was originally published January 29 following a screening of Tickled at the 2016 Sundance Film Festival.