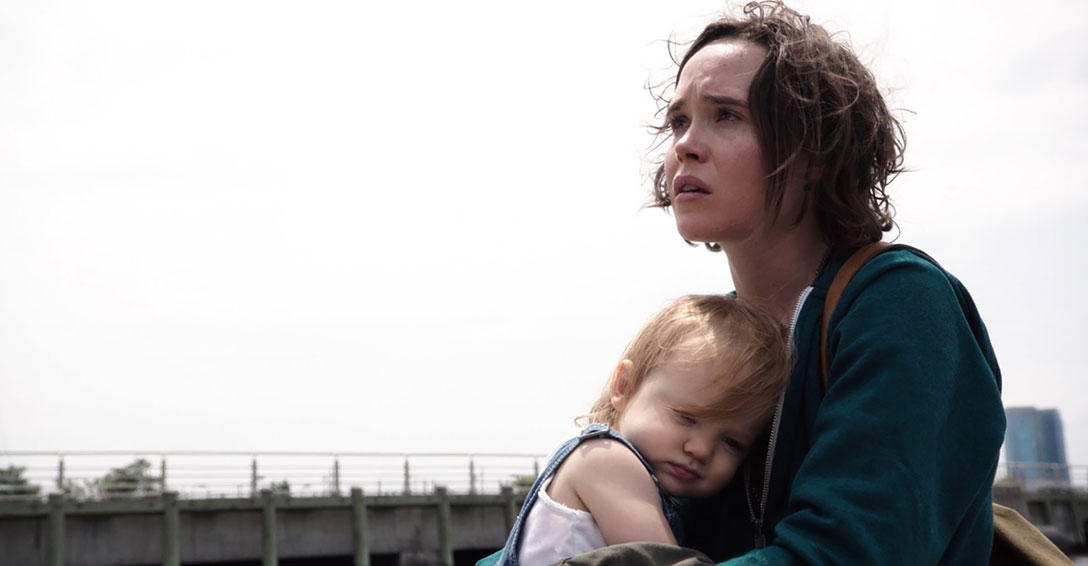 This article was originally published following the premiere of “Tallulah” at the 2016 Sundance Film Festival.

The complexities of motherhood and its responsibilities are keenly examined in Tallulah, the debut feature from writer-director Sian Heder that offers a dazzling showcase for actors Elliot Page, Allison Janney, and Tammy Blanchard.

Page and Janney are reunited nine years after starring in Jason Reitman’s Juno, but the similarities to that hit comedy end there. Here, Page (“Lu”) offers a terrific performance as a vagabond woman who, after being abandoned by her boyfriend and stealing a toddler from Carolyn, a spacey trophy wife (Blanchard), barrels into the life of Margo (Janney), the brittle, estranged mother of her boyfriend, who is also coming to terms with being newly single after her longtime husband (John Benjamin Hickey) has left her for a younger man (Zachary Quinto). “Lu” convinces Margo that she’s the baby’s grandmother and, against many odds, the two women form an intricate alliance.

Even though she’s dark and over the top, in some ways she represents a thing I think a lot of women feel.

In the Q&A that followed the film, Heder informed the audience that the story was inspired by her own experience as a young woman in Los Angeles while working as a babysitter at a high-end hotel. “I was so disturbed by the behavior of this mom that I really wanted to take the kid when I left, but I didn’t,” she revealed. “I thought about who would. I had this character in my head, and suddenly I felt like I had the plot of the movie. It spun out from there to explore this idea of who was meant to be a mother and who wasn’t.”

It was the complex script by Heder, known for her superb work on the Netflix hit Orange Is the New Black, with its meaty, multi-dimensional characters that attracted the trio of actors to the project. “It’s one of those roles that’s brand new,” Page said. “I’d never read a character like that before.” Janney added that after reading the script, she believed she could relate with Margo’s pain. “There’s the sense that these women are all going to move on and evolve and be better people.”

Blanchard, best-known for her stage work and winning an Emmy for playing the title character in Life with Judy Garland: Me and My Shadows, is a standout. For the challenging role of Carolyn, Heder said she needed “someone to be this shit show and be redeemed by the end.” She noted, “Tammy came in and gave this audition, and my jaw was on the floor.” At this, the audience erupted in applause.

Heder compared the character to a toddler and added that her own experience with motherhood (she was the mother of a toddler and six-months pregnant with a second child during the making of the film) caused her to rewrite a more complex character who somehow redeems her actions by the end of the film. She noted that “even though she’s dark and over the top, in some ways she represents a thing I think a lot of women feel.”