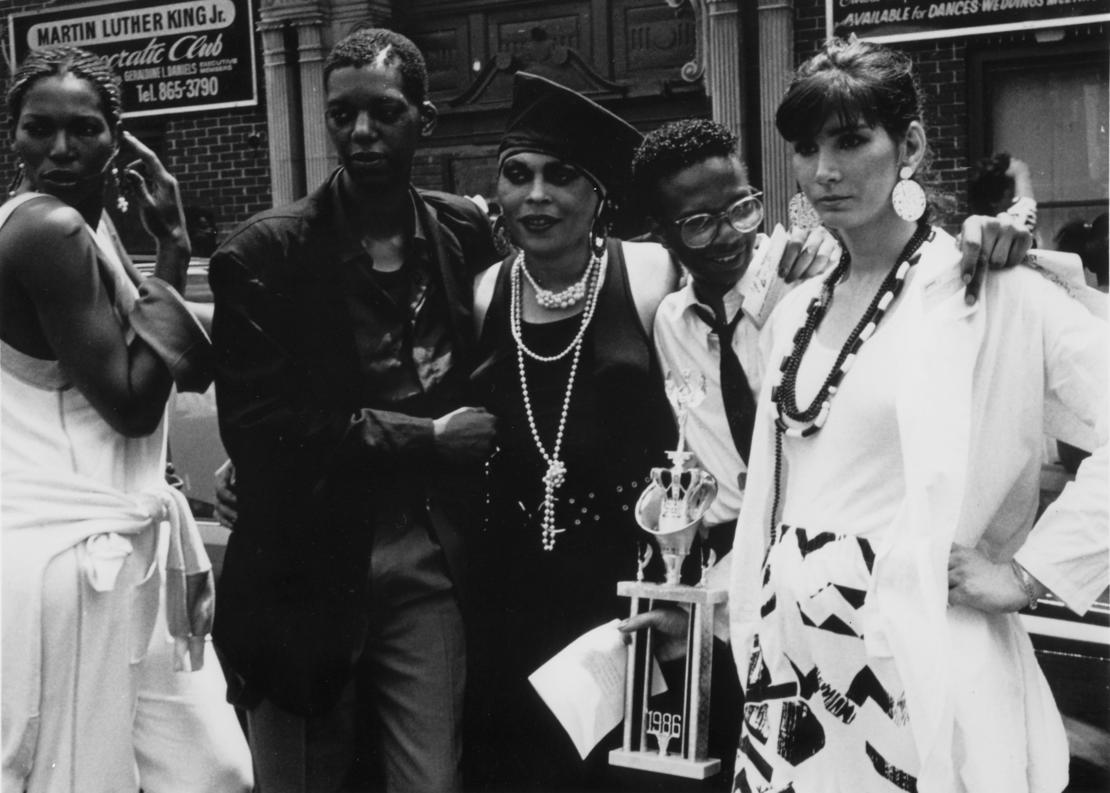 As a popular slogan on shirts and signs at Pride parades around the world says, “The first Pride was a riot.” This year marks the 50th anniversary of the Stonewall Riots, and though the United States has legalized marriage for same-sex couples and a number of other countries (most recently Taiwan) are progressively passing their own legislation ensuring marriage equality, Pride is still revolutionary.

Even in film, celebratory and proud stories still feel rare. While more LGBTQ+ films are being made and more stories are being told, so often these stories are markedly sad in tone. Certainly these films represent the stories and experiences of many individuals, but there’s also an undeniable lack of “happy” LGBTQ+ films—so we wanted to highlight the rare films that joyously celebrate LGBTQ+ identities.

While all of these films certainly comment on the adversities queer people face (some in more hostile environments than others), as it’s near impossible to find a queer film that doesn’t include such commentary, here are a few of our favorite independent films and series that truly own and celebrate queer identities and are certainly appropriate for any Pride Month gathering.

This list would be incomplete without mention of this formative documentary, which is getting a special re-release in theaters this month. A celebration of queerness and gay and trans identities, Paris Is Burning dives into New York’s ballroom scene of the 1980s that was a beacon amidst the height of the AIDS epidemic. Its legacy lives on today in drag culture—which has become increasingly mainstream with Rupaul’s Drag Race and FX’s series Pose.

While you’re at it, watch Kiki, a modern look at the New York ballroom scene, and Mala Mala, a documentary about transgender individuals and drag queens in Puerto Rico who forge a way for their gender identity or expression to engage with their culture—both of which pay homage to Paris Is Burning.

Born out of Sundance Institute’s inaugural Episodic Story Lab in 2014, The Bisexual gives a nuanced and authentic portrait of bisexuality and the complexities of finding yourself smack dab in the middle of the Kinsey Scale. As heartfelt as it is comedic, the show navigates the difficulty—and oftentimes awkwardness—of questioning one’s identity later in life, and Desirée Akhavan, who writes, directs, and stars in the show, adeptly infuses the dry comedy with unbridled sincerity.

Akhavan also wrote and directed the 2018 U.S. Dramatic Grand Jury Prize winner, The Miseducation of Cameron Post, and the 2014 Festival film Appropriate Behavior, both of which deal with similar themes of questioning and identity.

The Case Against 8 (HBO)

From filmmakers Ben Cotner and Ryan White, The Case Against 8 tracks the legal battle to overturn California’s Proposition 8, a ban on same-sex marriage, and its path to the Supreme Court. Ultimately, the film sheds an intimate view on a landmark triumph in the gay rights movement and the two California couples at the center of the lawsuit who sustain public attention and threats to make their case heard.

Olivia Wilde’s directorial debut, Booksmart, is one of the few stories that dives into a queer storyline and bypasses many of the tropes of LGBTQ+ film. Whereas most movies involve the coming-out process or the stigma characters face, Booksmart shows a teenage girl who is confident in her lesbian identity and is simply figuring out whether the girl she has a crush on likes her back—a breath of fresh air to see a classic plot reflected in a narrative about a gay teenage girl.