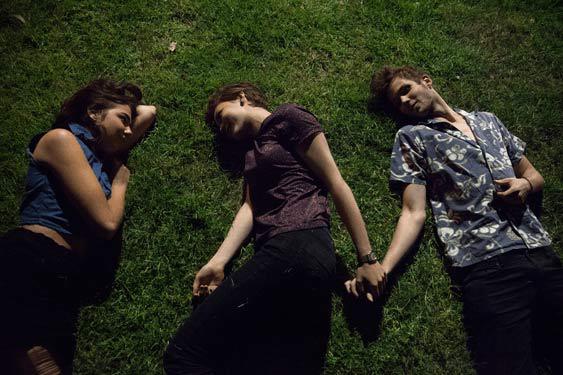 This article was originally published following the premiere of 52 Tuesdays as part of the World Dramatic Competition at the 2014 Sundance Film Festival.

On the heels of Richard Linklater’s 12-years-in-the-making drama Boyhood, another film from the 2014 Sundance Film Festival has been made under a similarly innovative process.

For her directorial debut 52 Tuesdays, Sophie Hyde shot her film exclusively on Tuesdays for 52 consecutive weeks, giving actors their scripts only a week in advance and only for the scenes that involved their characters. Hyde, who also co-wrote (with Matthew Cormack) and produced the Australia-set drama, worked by the same rule—she stopped shooting before midnight on Tuesdays, so whatever was filmed on that day is what happens in the story on that day.

It’s an audacious experiment that, despite some shaggy edges, largely works. The unusual shooting schedule added delicate layers of intimacy and kinetic energy to the story of 16-year-old Billie (Tilda Cobham-Hervey) adjusting to news that her mother (Del Herbert-Jane) plans to begin gender transition, and their time together will be limited to Tuesday afternoons over the course of one year.

Hyde spoke to the audience following the screening Wednesday morning about the inherent challenges in a weekly yearlong shoot and noted the obvious—that the film required a major commitment from cast and crew. “Just shooting that amount of time becomes a marathon,” she shared. “We scripted throughout the year from an initial outline. So, yes there were complications. All sorts of things went wrong.” Cormack agreed, but added, “As a writer it’s a fantastic thing to have a deadline every week.”

The atypical filming process seems to have actually aided the realism of the performances, particularly Cobham-Hervey’s. The potential for stardom is clear in this first-time actor, who alternates intensity and winsomeness reminiscent of recent breakout stars Carey Mulligan and Mia Wasikowska.

“Not having worked in film was actually a blessing,” Cobham-Hervey revealed to the audience, and compared the making of the film to living in a parallel universe. “It was like being in a giant Sims game, being controlled, or like being in a choose-your-own-adventure novel.”

A member of the audience asked whether Herbert-Jane, who played James, Billie’s transitioning mother, and who was not in attendance, had similarly undergone gender reassignment. Carmack revealed that Herbert-Jane initially began working with the writers as a consultant. “We asked Del to screen test and it went very well,” he added.

“They are gender non-conforming, neither male nor female,” Hyde offered. “Del was cast because of their unique prospective on gender. It’s a fictionalized character. James is very much a transgender man, but Del isn’t like that at all. Whether Del went through transition or not, that’s something Del likes to keep private.”

Despite the adventurous filmmaking and the positive response from the screening audience, the director admitted she’s not sure she’d do it again. “Next time I want to shoot something in two weeks,” she said, with a laugh.