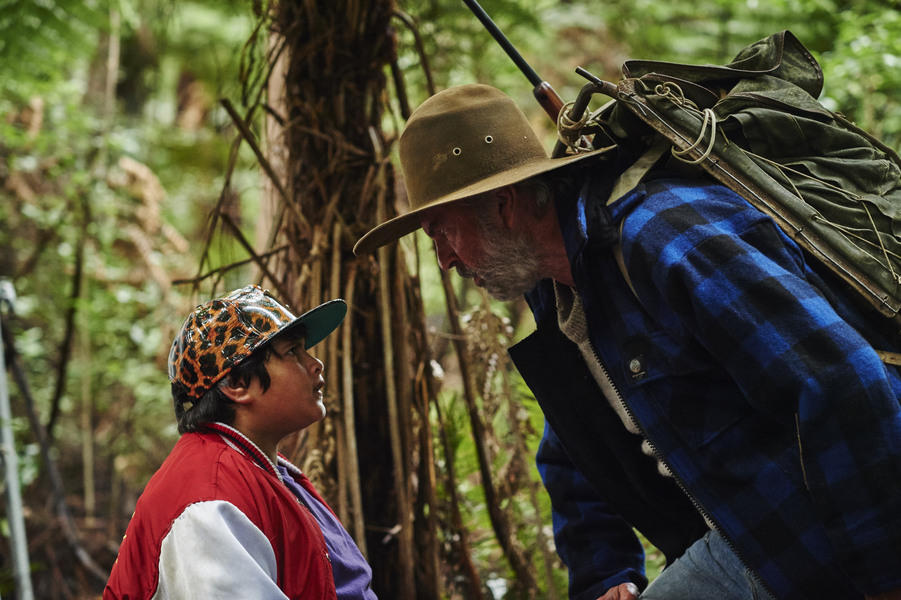 Taika Waititi’s ‘Hunt for the Wilderpeople’

As Sundance Institute adapts its artist support programs to continue providing resources for independent storytellers amid global uncertainty, we wanted to take a moment to celebrate some of the work that has previously come through our labs and Festival.

Here are a few recommendations from our programming team for films you can stream at home—from suddenly more-relatable-than-ever stories about people in isolation to thoughtful portraits that remind us of our shared humanity, to off-the-wall comedies that can provide a moment of levity in uneasy times. As we are acutely reminded of the power of art in our everyday lives, Sundance Institute remains committed to supporting the voices that enrich our world.

P.S., up next, don’t miss our streaming watchlist highlighting a different film from every year of the Sundance Film Festival, starting in 1985.

I Don’t Feel At Home in This World Anymore

(Netflix)
This 2017 Festival Grand Jury Prize winner is a wild, frenetic, fantastical journey and Macon’s Blair’s directorial debut. It follows Ruth (Melanie Lynskey) as a wronged woman who teams up with neighbor Tony (Elijah Wood) to recover stolen belongings. Things escalate quickly with bursts of dark humor and a sardonic tone that will feel oddly comforting during this new normal we’ve found ourselves in.

(Netflix)
A title from our 2018 World Cinema Dramatic Competition and winner of the Directing Award that year, Ísold Uggadóttir’s understated and quietly moving film follows Lara, a border patrol agent in Iceland, who meets Adja, a refugee from Guinea-Bissau, and the friendship that ensues. This stirring, thoughtful film reminds us of how futile borders can seem and how our shared humanity means we have a lot more in common than we tend to realize.

(Hulu)
This 2018 Festival debut announced the revelatory work of Bing Liu, an electrifying new voice in cinema. This story of three friends coming of age in Rockford, Illinois, defies every assumption of what a documentary can be. The film won a Special Jury Award at the Festival, was nominated for an Academy Award, and currently retains a 100 percent score on Rotten Tomatoes from 111 critics.

(Netflix)
You can smell the mud in this gritty, authentic, powerful love story. This debut feature from Francis Lee won the 2017 Festival’s World Cinema Dramatic Directing Award, launching the career of Lee and his two extraordinary lead actors Josh O’Connor (Prince Charles in The Crown) and Alec Secareanu (Amulet and the upcoming Ammonite, which is also directed by Francis Lee).

Words from a Bear

(Rent/purchase on Amazon Prime)
This visually stirring homage to the Pulitzer Prize novelist N. Scott Momaday was made with love and deep connection by fellow native Kiowa filmmaker Jeremy Palmer. Rich with meaning and penetrating observations, Momaday’s powerful voice invites you to stay in the storyworld, and (re)connect with the award-winning novels.

(Rent/purchase on Amazon Prime, YouTube, Google Play, or iTunes)
This thumping throwback of deliciously twisted animation brings to narrative life the mad turntable skills of DJ Q-bert. Watch the film when you are scratching for a psychedelic experience in the middle of the day. Then blast the soundtrack full volume all night!

It occurred to me—as we all adjust to dramatically altered lifestyles predicated on sequestration and limited exposure to the outside world—that there are some brilliant, thoughtful, entertaining films that reflect on human beings who find themselves, willingly or not, in those positions.

Debra Granik’s Leave No Trace (Kanopy), which was adapted from Peter Rock’s novel My Abandonment, explores the intimate, heartbreaking relationship between a teenage girl and her father, a veteran, who have been living off the grid in Oregon, but it does so in a way that ultimately reflects on the nature of our social fabric, for better and worse. Another child of abandonment, a theme in a lot of Taika Waititi’s movies, can be found in the protagonist of the poignant coming-of-age comedy Hunt for the Wilderpeople (Hulu).

Characters who seek healing through seclusion only to find themselves through their encounters with strangers can be found in a range of films like Tom McCarthy’s thoughtful, delightful debut feature, The Station Agent (HBO Now), and David Lowery’s poetically mesmerizing A Ghost Story (Netflix). Sometimes social isolation can take the form of a spiritual odyssey, which lies at the heart of Y Tu Mamá También (Netflix), the stylistically exuberant, deeply moving coming-of-age road movie that brought Alfonso Cuarón to the world cinema stage.

(Rent/purchase on Amazon Prime or iTunes)

Both Mia Hansen-Løve’s Eden (2015 Festival) and Richard Ayoade’s Submarine (2011 Festival) screened in the Festival’s Spotlight section, the only section of the Festival that is completely curated by the programmers and that filmmakers can’t officially submit to. These movies transport the audience to a captivating world the filmmakers created: they are epic coming-of-age love stories that ooze with unique style. Plus, both include a supporting cast of familiar faces we all love!

(Criterion Channel)
Kelly Reichardt’s second no-budget feature, which we showed at the 2006 Festival, follows two old friends who reconnect for a camping trip in the Oregon wilderness. Stripped down and melancholic, like all her work, the emotional weight of the film doesn’t wallop you until its final fleeting moments. A quiet hike in the woods followed by a soak in a deserted hot spring sounds like the dream setting to regroup and chart a course for the next chapter of your life.

(Stream on Kanopy or Sundance Now)
At first this 2004 Festival film feels like an unassuming lo-fi documentary hobbled together for film school critical studies classrooms, but it ends up becoming one of the great love letters to Los Angeles, movie-making, and obsessive cinephilia.

(Rent/purchase on Amazon Prime or iTunes)
Looney Tunes meets kung fu epic meets gangster film—this 2005 selection is a super fun, zany film that is also emotional, and the first big fight sequence is one of my all-time favorites.

(Rent/purchase on iTunes, Google Play, or YouTube)
Red-haired Franka Potente in her breakout performance as Lola has to find 100,000 Deutschmarks in 20 minutes to save her boyfriend’s life. The 1999 Festival film’s groundbreaking storytelling style and crazed yet vulnerable vibe is inspiring.

(Netflix)
An aimless young woman takes a baby from an irresponsible mother but, afraid of becoming so herself, can only turn to an ex-boyfriend’s mother for help with the caretaking. Rich with a spirit of altruism even in the most dire straits, Ellen Page and Allison Janney are tender but tense and as skillful as ever in this reimagined family drama that played the 2016 Festival.

(Netflix)
In this 2020 selection, a complete departure from our reality or any, Jeff Baena along with Allison Brie and Molly Shannon launch a mission into the mind of a young woman coming undone. Conspiratorial whisperings, manic dreams, and horse obsessions swirl together in this hilarious and off-the-wall romp of a movie.

The Fundamentals of Caring

(Netflix)
In this 2016 sketch of unlikely friends weathering all of their brewing and ultimately intersecting storms, Paul Rudd, Craig Roberts, and Selena Gomez deliver a touching, tender, and challenging but ultimately uplifting piece about what we can learn from each other and from trying times.