12 Short Plays Made to Perform at Home, by Sundance Theatre Program Alumni 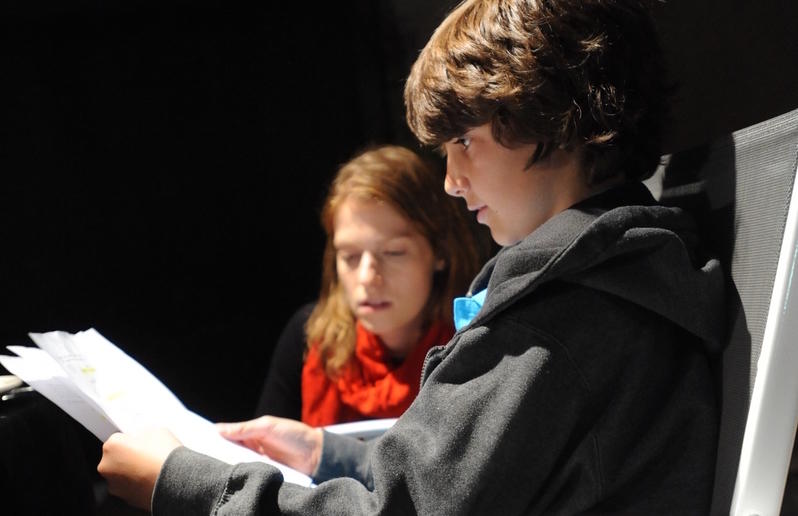 By Ana Verde and Laure Bender

With so many playwrights and directors seeing their productions closed early, postponed, or, worst of all, canceled due to the impacts of COVID-19, new creative solutions are allowing creators to continue sharing their stories. Some theatres have taken to digital programming or adapting their commissions to be “listen-only,” and some artists are now sharing stories with audiences independently via social media. Play At Home, a new initiative launched by a group of regional and off-Broadway theatres, is offering its own solution for playwrights and audiences alike: it’s commissioning playwrights to write 10-minute plays that you can perform at home with your family members or roommates, or even by yourself.

Play At Home is a multipronged solution for this current moment in history: it puts money in the pockets of artists when they most need it and provides audiences with the joy of live performance while sheltered in place. Since the plays are not getting produced (officially), playwrights have been encouraged to write their craziest plays, not thinking of any restrictions that might deter them from fulfilling their creative vision otherwise. On this ever-growing list of commissioned artists, we are overjoyed to see multiple Sundance Institute alumni from our Theatre Program labs and residencies whose new works have already been published. Below are twelve 10-minute plays by alumni for you to perform at home.

A playwright and her six-year-old son re-create the final moments of Alexander the Great’s life, all the while negotiating if it is exciting enough for it to count as a “great” play.

Just outside of a maternity ward, there is a bench where souls get reincarnated. Several expecting parents wait for their partners to give birth wondering about what their children will be like. Little do they know that the answers to their questions are right outside.

Post-virus, the world is seemingly back to normal except for one thing: all around the world, black women are mysteriously turning into wolves. A mother and daughter in isolation talk on the phone while preparing meals for themselves. They fear the inevitable.

A meeting via Zoom amongst colleagues goes very, very awry. Written to be performed on Zoom.

A group of gay men gather to watch the 92nd Academy Awards. Upon realizing that all the terrors of the world began to spiral out of control when J. Lo wasn’t nominated for an Academy Award for her performance in Hustlers, this group of friends turns their annual Oscar party into a seance to reverse all the evil in the world.

This bite-size play, accompanied by an original song, dares its audience to imagine being in physical communion with others—an impossible vision in the present moment—and what it means to give to and receive from others.

A librarian charges $199 a minute to rewrite your life. When a clown walks in for the Librarian’s services hoping for a shift in careers, he is surprised to find out how grateful he is for his life as a clown. This play features a song that follows a familiar tune—or you can make up your own melody.

While professional sports are suspended, an 11-year-old boy reenacts iconic moments of athletic history for his family of seven in their small New York apartment, providing them with a welcome⁠—albeit annoying⁠—distraction from their claustrophobia and boredom.

A tree’s impossible dream of uprooting and becoming a Broadway star becomes a reality. Will he rise too quickly? This story is about following your dreams—even the riskier, more unlikely ones—and knowing that there are always roots to return to.

After a family in quarantine fights over the remote control, they decide to play a game—a game that turns into a play! Grandma narrates a story for her family to perform, pup included.

Donning their mother’s clothes, 11-year-old Malik Jackson becomes Ladybug Jackson aka the First Lady of the United States. Via cell phone video, Ladybug takes you on a tour of her very own “White House,” reimagining the family’s apartment into her own world while under shelter-in-place.

I Am Light by Regina Taylor (1998, 2002 Theatre Labs)
Commissioned by The Repertory Theatre of St. Louis

Pieces of oneself have a conversation with one another to reflect on love, loss, grief, and the passage and effects of time.

The group of theatres that began Play At Home comprises Baltimore Center Stage, Long Wharf Theatre, The Public Theater, Repertory Theater of St. Louis, and Woolly Mammoth Theatre Company. Just as the list of supported playwrights is growing, more and more theatres and organizations are joining this cohort every day in their goal of making Play At Home a national pastime.