“No Turning Back”: Keri Putnam on Women’s History Month 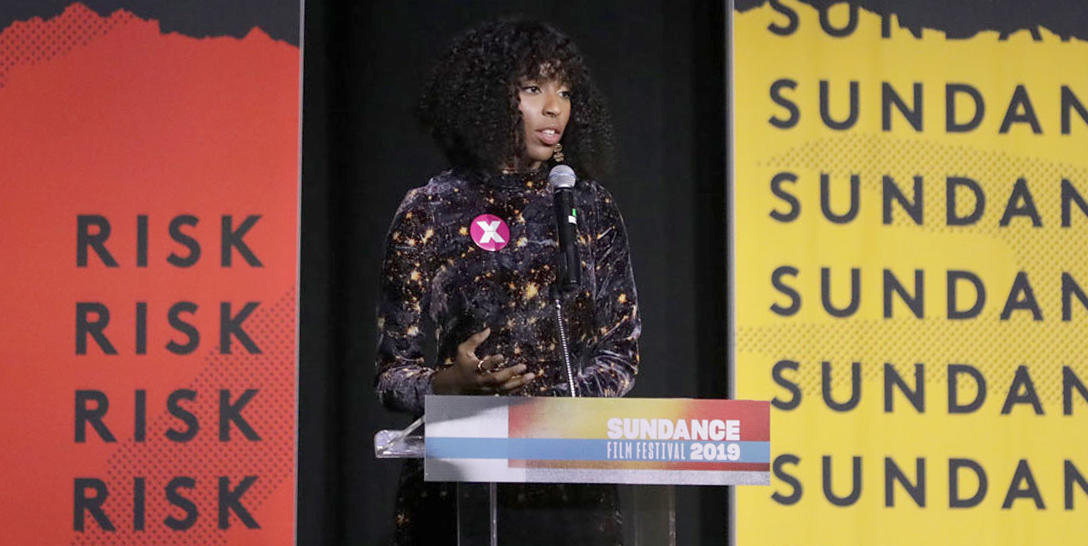 As we come to the end of Women’s History Month, I’m heartened to celebrate the recognition and discourse around the gaps in representation of women in media. This is no longer a problem that lives in the shadows. I think back to the history of early cinema and the women pioneers who were erased from the record (check them out here and here), and I wish we were celebrating more concrete progress. I’m especially eager to see more women behind the camera in leadership roles. Yet I believe we should be optimistic about the road ahead, because the women in entertainment and their male allies have become a force to be reckoned with, a movement for change. There may be a long road ahead, but there is no turning back.

From the Collection: Julie Dash’s 1991 Sundance Award-Winning ‘Daughters of the Dust’

I’m proud to be part of this movement of women in film and media—which I participate in as a board member of Women in Film Los Angeles and a member of TIME’S UP, as well as a a co-founder of ReFrame, the industry coalition dedicated to parity in representation, and through our Women at Sundance program supporting women writers, directors, and producers. We stand together with all people who lack equitable representation in film and media. We join hands with women in tech, finance, theatre, art, government, and more in calling for equal opportunity.

Since the unmoving headline numbers seem dispiriting, I want to highlight some tangible progress we’ve seen—and the reason for my optimism.

There are incredible organizations who elevate the voices of women artists each day—from Women in Film, Chicken & Egg Pictures, Film Fatales, Level Forward, and Geena Davis Institute to Women Make Movies, 50/50 by 2020, Brown Girls Doc Mafia, ARRAY, Alliance of Women Composers, and so many others.

There’s reason to celebrate in 2019, and to believe that change is not only possible but underway.

But even amidst all this, I was struck by a recent pair of articles that illuminate how the stories we tell—stories that are about progress and inspiration—can (consciously or unconsciously) favor straight white women and exclude other women.

Both pieces—Broadly’s “The Queer, Disabled, and Women of Color Suffragettes History Forgot” and The New York Times’ op-ed “When the Suffrage Movement Sold Out to White Supremacy”—examine dominant historical narratives, which often erase countless stories of women of color, queer women, and women with disabilities who fought alongside white, able-bodied counterparts but were denied a place in history. Actor and comedian Jessica Williams echoed this sentiment at our annual Women at Sundance Celebration, where she spoke to an audience of 700 artists, industry, and supporters, and unpacked what is needed to achieve a truly intersectional feminism. She ended with a rousing call to action for the white women in the room:

As we call on others to demonstrate their allyship with women of color, we also saw some groundbreaking moments at this year’s Festival: Asian women emerged as a major force, as four of the most acclaimed and popular titles (and some of the biggest distribution deals) were directed by Nisha Ganatra, Gurinder Chadha, Nanfu Wang, and Lulu Wang. At the Festival’s Awards Ceremony, Chinonye Chukwu won the Grand Jury Prize for her film Clemency, the first time that a black woman has won this prize, and we imagine that Chinonye’s film and accomplishment—widely praised by critics and audiences for its unflinching narrative about grace, guilt, and mortality—will inspire a new generation of creators.

The Festival may be over, and Women’s History Month may be nearly over, but the momentum continues. These stories will now be seen far beyond the mountains of Utah. They’re taking flight to theaters and digital platforms where they will move, delight, challenge, and provoke audiences worldwide. We can’t wait to see the ripples—and waves!—made by the wide array of talent and perspectives emerging from the Festival this year.

We see firsthand at Sundance Institute the benefits to all audiences when our attention focuses on the full complexity and nuance of the real world. Stories from many cultures, places, and points of view help build connection, understanding, a shared sense of what’s true—and even, at times, empathy for one another. Representation drives both imagination and dialogue, and by amplifying stories by and about all women, we can rewrite our collective histories and break open our artistic canons.