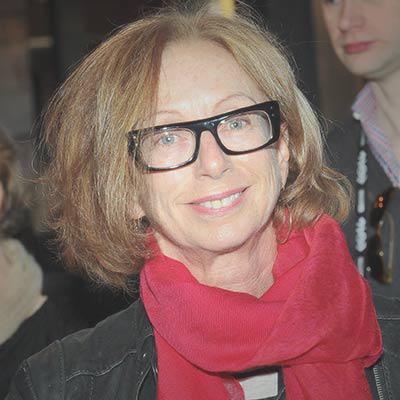 Park City, UT — Sundance Institute today announced the 10 writers selected for its inaugural Episodic Story Lab, taking place at the Sundance Resort in Utah from September 27 through October 2. The Episodic Story Lab, established with founding support from Lyn and Norman Lear, is the Institute’s first program for emerging writers creating series for television and online platforms, adding to its existing support programs for film, theatre, music, and New Frontier artists.

Under the leadership of Michelle Satter, Founding Director of the Sundance Institute Feature Film Program, the writers will work with an accomplished group of showrunners, television executives, and producers. They will participate in one on one creative story meetings, a Writers’ Room to break story, pitch sessions, and group conversations about the creative and business environment of television writing and producing.

Sundance Institute President and Founder Robert Redford said “Independent thinking continues to drive our culture in new ways and nowhere is it more evident than within the changing landscape of storytelling. It is with this in mind that we created the Sundance Episodic Story Lab to provide a creative place for writers to explore new territory.”

Keri Putnam, Executive Director of Sundance Institute, said, “Our Episodic Story Lab is a rare opportunity for independent artists to develop unique multi-part projects and learn how to navigate the changing landscape of this field. We are grateful to the community of established television writers and professionals for lending their support and expertise to this next generation of artists with unique and diverse voices.”

Michelle Satter, Founding Director of the Feature Film Program, said, “The selected writers are telling distinctive and dynamic stories in a range of genres and formats. It is exciting and humbling to support the creative journey of these talented writers who will work closely with accomplished showrunners to refine, challenge and advance their work and understanding of multi-episode storytelling.”

Following the Lab, the writers will receive customized, year-round support including: ongoing creative and strategic advice, year-round mentors, and introductions to targeted showrunners, networks, agents and other creative and business professionals.

In addition to the Episodic Story Lab, the Institute offers Labs throughout the year and around the world for independent directors, screenwriters, documentary editors, composers, playwrights, producers, and New Frontier artists.

Artists and projects selected for the Episodic Story Lab are:

Switch Hitter (half-hour comedy)
Writer: Desiree Akhavan
After Leila Shahi unexpectedly turns down a marriage proposal from her seemingly perfect lesbian partner, she is forced to confront a very basic fact about herself that she has been suppressing for years — she’s bisexual. Now, with a motley group of friends by her side, Leila must pick up the pieces of her life while trudging through the hell of dating—gay or straight.

Iranian-American filmmaker Desiree Akhavan is the writer/director/star of Appropriate Behavior, which premiered at the 2014 Sundance Film Festival. She is also the co-creator and star of the critically-acclaimed web series The Slope. Desiree was featured as one of Filmmaker Magazine’s “25 New Faces of Independent Film” and will appear on the next season of Girls. She has a BA from Smith College and an MFA from NYU’s Grad Film Program.

Small Change (one hour drama)
Writer: Peter Biegen
As soon as Maxi, a brilliant but troubled 13-year-old, arrives at Fante Juvenile Detention Center, he strategically forms an unusual alliance with the dangerous and charismatic leader of the prison’s criminal underworld. They operate under the watchful eye of Fante counselor Celia, an Afghanistan War veteran with demons of her own.

Peter Biegen is an award-winning playwright and screenwriter. His produced work includes writing and directing the short film Ceremonies of the Horsemen and co-writing The Last Lullaby with Max Allen. Peter’s feature screenplay Fortunate Sons is being produced by Julie Lynn and Bonnie Curtis, with Eric Stoltz attached to direct.

Scar Tissue (one hour anthology series)
Writer: Nate Crocker
When Chew, a boxing cut man, is diagnosed with Parkinson’s disease, he finally decides to pursue his long-deferred aspiration to become a trainer. He takes on a raw but talented budding prospect, but the young boxer’s gang ties and the shady, sometimes dangerous politics of local professional boxing threaten to derail his dream.

Born in Evanston, Illinois, Nate Crocker went to college in Colorado and did a year of service with AmeriCorps in inner city Baltimore before moving to Los Angeles. His short films have been screened at NBCUniversal’s Short Film Showcase, The Las Vegas Film Festival, and other venues.

The Dial (one hour drama)
Writer: Katori Hall
The Dial is inspired by the true story of Nat D. Williams, America’s first black radio DJ. His weekly show on WDIA-Memphis starts a music revolution when he introduces the public to blues and soul. While tensions arise as whites and blacks begin working together at the radio station, the conflict within mirrors what is happening outside as the civil rights movement gathers thunder.

Katori Hall is a playwright-performer from Memphis, Tennessee. Her drama The Mountaintop won London’s Olivier award for Best New Play and is one of the most produced plays in America. Her play Hurt Village was adapted into a feature screenplay and developed through the 2011 Sundance Screenwriters Lab.

Radical (one hour limited series)
Writer: Barry Jenkins
In 1972, George Wright and four other civil rights activists hijacked Delta Flight 841 from the United States to Algeria, collecting the largest ransom in airline history. Inspired by a true story, Radical follows each member of this disenfranchised group from their humble beginnings to the moment they decide to take matters into their own hands.

Filmmaker Barry Jenkins was born and raised in Miami, Florida, and studied film at Florida State University. His first film, Medicine For Melancholy, was acquired and released by IFC Films and nominated for four Gotham and Independent Spirit Awards. A United States Artists Smith Fellow, he was recently named one of “20 Directors to Watch” in world cinema by The New York Times.

Borderline (one hour drama)
Writer: Nick Keetch
Borderline follows two estranged brothers—one a DEA agent, the other a cartel lieutenant—as they operate on opposite sides of the drug war and compete for control of the trafficking corridor that separates US from Mexico. As their professional lives begin to intersect, the brothers confront their shared past while trying to negotiate between the relationship they once had and the lives they have forged since they were separated.

Nick Keetch is a screenwriter from London. After receiving a degree in American Literature at the University of Sussex, Nick worked briefly in advertising in New York, before moving to Los Angeles to attend UCLA Extension’s Television Writing Program. In 2012, he was named a semi-finalist in UCLA Extension’s Teleplay Competition for his Justified spec, and a quarter-finalist in Scriptapalooza’s Teleplay Competition for his Boardwalk Empire spec. Nick has also worked as a writers’ assistant on Rogue for DirecTV and The Assets for ABC.

The Schaeffers (half-hour dramedy)
Writer: Lisa Kron
Wife and working mother Ginger Schaeffer has her world turned upside down when she must move back to her Midwestern hometown to look after her aging mother and father. As she’s plunged into the role of caregiver, her own life begins to crumble and Ginger discovers that nothing brings out your inner child like elderly parents. Together the Schaeffers must grapple with the relentless adventure of growing up and growing old.

Lisa Kron has been writing and performing theater since moving to New York from Michigan in 1984. She was supported by the Sundance Institute Theatre Program in 2003 to develop her award-winning play Well. Her work has been widely produced in New York, regionally, and internationally, earning numerous awards including three Obies and a Tony nomination. This year she was named a Doris Duke Artist and was a finalist for the Pulitzer Prize. She also wrote the libretto for the acclaimed musical Fun Home (also supported by the Sundance Institute Theatre Program in 2012), set to open on Broadway in Spring 2015.

The White Sheep (half-hour comedy)
Writer: Crystal Liu
Adopted by an Asian American family at birth, blond-haired, blue-eyed Lori Lynn is pushing 30 and still working on finding herself. When a breakup and sudden unemployment force her to move back home, she struggles to get her life back on track while surrounded by a family of overachievers.

Crystal Liu graduated from the UCLA School of Theater, Film and Television. Her award-winning short films have played at festivals across the world. She is currently a staff writer for American Horror Story: Freak Show.

Bury Me (half-hour comedy)
Writer: Heather Marion
When her family’s funeral home threatens to go under, estranged eldest daughter and single mother Kim Diamond must return to Nebraska to confront her dysfunctional relatives—and her own insecurities—while trying to bring the family business back to life.

Heather Marion studied Biochemistry at Concordia University until she fell in love with improv and sketch comedy. She received an MFA in Screenwriting from UCLA. Marion is currently the writers’ assistant on Better Call Saul, the upcoming Vince Gilligan/Peter Gould Breaking Bad prequel series.

Still (one hour drama)
Writer: Matt Young
A down-on-his-luck farmer in Depression-era Virginia runs into trouble with a sinister family of moonshiners after he is hired to bust up their stills. He struggles to protect his family while navigating the dangerous world of bootlegging and the horrifying realm of Appalachian black magic.

Matt Young got his start in the industry as a commercial actor and improviser. While he continues to perform both on television and live at Hollywood’s IO West Theater, he is also pursuing a Masters Degree in Screenwriting at California State University, Northridge.