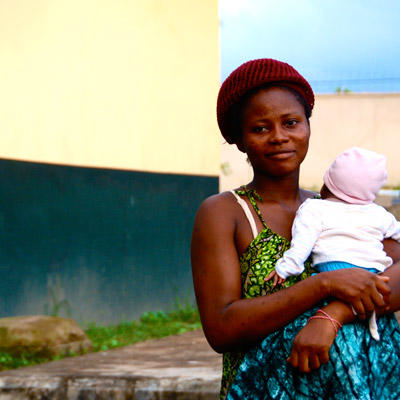 London, 23 April 2012 — Sundance Institute and WorldView today announced that they will jointly present awards to four films that focus on social justice issues in the developing world: Street Girls by Katie Mark; FARMING by Adewale Akinnuoye-Agbaje; My Brother the Devil by Sally El Hosaini; and Valley of Saints by Musa Syeed. Each award is accompanied by a £5,000 or £10,000 grant, and the Documentary Development Award for Street Girls is enhanced with professional access to film mentorship from Jerry Rothwell, whose documentaries have been supported by WorldView and Sundance Institute. The awards will be presented at a private event during the first-ever Sundance London film and music festival, 26-29 April at The O2.

Projects from emerging filmmakers in all corners of the globe were considered, with the winning projects displaying originality and innovation in their approach to social justice issues in the developing world and contextualizing their outreach to maximise the social impact of the films.

Sundance Institute is a non-profit organization dedicated to the discovery and development of independent artists. WorldView is a CBA [Commonwealth Broadcasting Association] Project that aims to improve UK public understanding and awareness of the developing world via the mainstream broadcast and digital media.

Keri Putnam, Executive Director of Sundance Institute, said: “Independent film has a legacy of focusing on social justice issues in regions we don’t often hear about, and we applaud filmmakers for taking on these issues. We hope the awards announced today help raise awareness around the issues they explore as well as the importance of film as a vehicle for helping bring to life the stories of our world.”

Himesh Kar, Consultant of WorldView, said: “WorldView are thrilled to collaborate with Sundance Institute on these Awards. Each filmmaker has made bold and brave choices in their storytelling but very much keeping audience connection in mind. These films bring a unique eye on issues and cultures that are often misrepresented or ignored by mainstream media.”

WorldView
WorldView is a CBA [Commonwealth Broadcasting Association] Project that aims to improve UK public understanding and awareness of the developing world via the mainstream broadcast and digital media. WorldView supports producers who aim to bring the richness and diversity of the wider-world to UK audiences. ‘Seed’ funding is awarded to producers enabling them to spend time in the developing world researching stories, identifying characters and locations and shooting taster tapes. CBA/WorldView is supported by UKaid from the Department for International Development. UKAID/DFID plays no part in selecting projects for funding and has no editorial input into programmes that have received funding via WorldView. http://worldview.cba.org.uk/