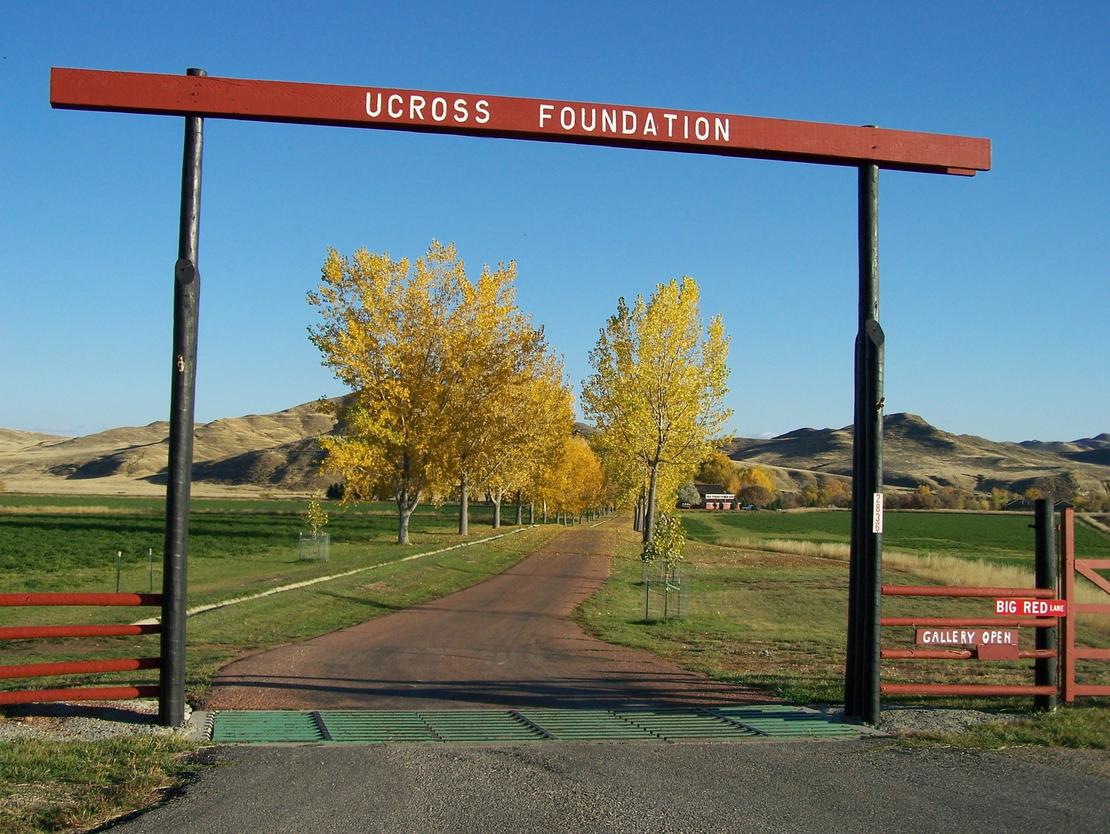 NEW YORK—February 11, 2020— Sundance Institute, a nonprofit organization that provides and preserves the space for independent artists in film, theatre, and media to create and thrive, and Ucross, a prestigious artist residency program and creative laboratory for the arts, and have announced seven fellows participating in the 21st annual Sundance Institute Artist Residency at Ucross in Wyoming, currently taking place February 3–21, 2020. This year, the retreat was renamed (formerly the Sundance Institute Playwrights & Composers Retreat) to reflect its cross-disciplinary structure.

After more than two decades of success, the Residency will continue to provide the transformative benefits of uninterrupted time for creative work. This year’s participants experience a fresh energy that mirrors the changing landscape of contemporary storytelling – one that is increasingly fluid and cross-genre. Fellows enjoy blocks of solo creative time to create, augmented with organic conversations where they can reflect on process. While Sundance Institute has curated several artists who identify theatre as their primary discipline, for the first time, the group of selected fellows represents a multidisciplinary range of artistic work. As always, the Residency remains dedicated to uninhibited creativity, professional growth and peer mentorship.

“The refreshed format of this year’s Residency is deeply timely,” said Sundance Institute Theatre Program’s interim Director, Christopher Hibma. “We’re grateful for the Ucross team’s collaboration in devising innovative and exciting ways to support artists in responsive and evolving ways, to best reflect how they’re pushing the boundaries of form across disciplines.”

“We are excited about this year’s newly configured Sundance Institute Artist Residency at Ucross,” said Ucross President Sharon Dynak. “Connecting artists of varying disciplines has long been an invaluable part of the Ucross vision. We are honored to support this extraordinary group of artists with the gift of time and space for creative work at our inspiring location on the High Plains of Wyoming.”

The retreat is one of 25 residency Labs the Sundance Institute hosts each year for independent artists in theatre, film, new media, and episodic content. This particular long-tested retreat in Wyoming is made possible through a partnership with Ucross. More than 90 artists have benefitted from the partnership between Ucross and Sundance in the last 20 years, including Billy Porter, Hannah Gadsby, Michael R. Jackson, Charlayne Woodard, Jeanine Tesori, Doug Wright, Annie Baker, Adam Guettel, Benj Pasek and Justin Paul, Branden Jacobs-Jenkins, and Tanya Saracho.

The 2020 Sundance Institute Artist Residency at Ucross Foundation fellows are:

DAVID ADJMI: David Adjmi is the recipient of a Guggenheim Fellowship, The Steinberg Prize, and the Whiting Award, among others. His memoir Lot Six is forthcoming from HarperCollins. His play The Stumble is a commission from LCT, and Stereophonic (with music by Will Butler/Arcade Fire) is a co-commission from Second Stage and CTG. Other plays include Marie Antoinette, Elective Affinities, 3C, Stunning and The Evildoers. Stunning and Other Plays and Marie Antoinette/3C are both published by TCG.

HALEY ANDERSON: Anderson is a filmmaker, writer, and visual artist from Houston, TX. She recently graduated from New York University’s Graduate Film Program as a Dean’s Fellow. She has been featured in I-D Magazine, Essence, and was recently named one of Filmmaker Magazine’s “25 New Faces of Independent Film.” Her work has screened at museums and film festivals including the Barbican in London, The Shed in New York, Tribeca Film Festival and Slamdance.

GENE BACK: Back is a Korean-American composer and multi-instrumentalist based in Brooklyn, NY. A 2019 Sundance Film Music and Sound Design Lab at Skywalker Sound lab fellow, his work includes award winning films such as Dear Angelica, dozens of international advertising campaigns, and Burning Man: The Musical. A former live member of the electronic/folk band, The Books, he recently co-composed the Netflix series, Unnatural Selection, and composed the score for the narrative feature, Holler.

AZIZA BARNES: Barnes is “blk & alive”. Barnes’ first collection, i be but i ain’t, was the 2015 winner of the Pament River Prize from YesYes Books. Their first novel, the blind pig, was published by Not a Cult in 2019. Barnes’ play, BLKS, was produced in Chicago at the Steppenwolf Theater in 2017, Wooly Mammoth Theater in DC, and MCC Theater in New York in 2019. They are a co-host of the podcast, The Poetry Gods and are a Cave Canem fellow.

CHARLOTTE BRATHWAITE: As a director, Brathwaite is known for her unique approach to staging classical and unconventional texts, dance, visual art, multi-media, site-specific installation, video, film, performance art, plays and music events. Seen in the Americas, Africa, Europe, the Caribbean and Asia, her work ranges in subject matter from the historical past to the distant future illuminating issues of race, sex, power and the complexities of the human condition. She has received awards from Creative Capital, United States Artist, Bellagio, Princess Grace and Julian Milton Kaufman. She is an Associate Professor of Theater Arts at MIT and holds an MFA from Yale University.

RAQI SYED: Syed is a writer and XR Developer. She’s worked professionally as a visual effects artist on films like Tangled, Avatar, and The Hobbit Films. She is a Sr. Lecturer at the School of Design at Victoria University of Wellington in New Zealand where she lectures on the relationship between digital technology and storytelling. Her current XR research is supported by the Sundance New Frontier Story Lab and the New Zealand Film Commission.

About Ucross Foundation
Located in northeast Wyoming in the foothills of the Bighorn Mountains, Ucross fosters the creative spirit of deeply committed artists and groups by providing uninterrupted time, studio space, living accommodations, and the experience of the majestic High Plains, while serving as a responsible steward of its 20,000-acre ranch. Residencies are awarded to nearly one hundred artists each year. Ten artists are in residence at one time, typically a mix of four visual artists, four writers, and two composers.

National partners of Ucross include the Sundance Institute Theatre Program, the Herb Alpert Award in the Arts, the Whiting Foundation, the Pew Fellowships in the Arts, the Alliance of Artist Communities, the Alley Theatre, the Dramatists Guild Foundation, UCLA’s Center for the Art of Performance, and the PEN/Hemingway Award for Debut Novel. In 2020, new collaborations have begun between Ucross and the University of Houston’s Creative Writing Program, and the Shepherd School of Music at Rice University. The Ucross Art Gallery is a significant cultural resource for surrounding communities and beyond. For further information, visit ucross.org.