The Cinereach Project at Sundance Institute 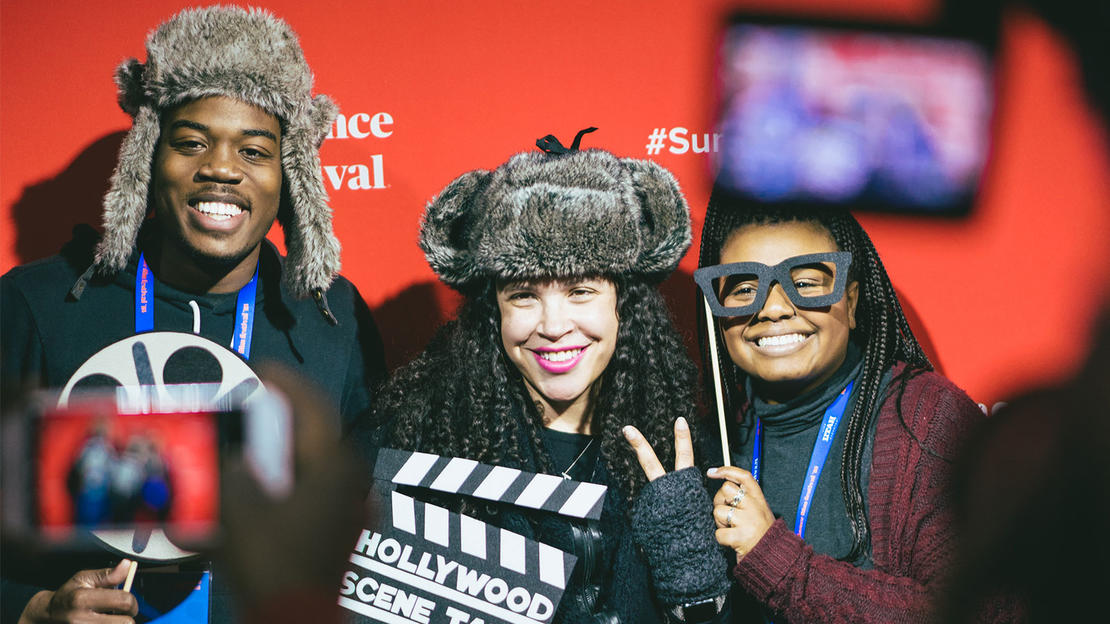 LOS ANGELES, CA — Sundance Institute and Cinereach announced today a $1.5 million three-year grant to form the Cinereach Project at Sundance Institute. The program, underwritten by Cinereach, will support a unique and flexible resource pool for documentary and feature film projects with themes that evoke global cultural exchange and social impact. At the end of the three-year period, the grant will have supported a minimum of 12 films from a new generation of socially conscious artists.

The Cinereach Project at Sundance Institute will consist of a discretionary fund that can be used towards projects that are participating in Sundance Institute’s existing Feature Film Program and Documentary Film Program, and are in need of emergency support. As a result, Sundance program directors will be more equipped to bridge gaps at critical stages of its Fellows’ projects.

Additionally, the project will establish a special Fellowship for emerging directors committed to global cultural exchange and social impact. The Fellowship, for both documentary and fiction filmmakers, will provide the Fellows access to the multitude of Sundance Institute resources, as well as special funding and support from Cinereach. Fellows will be chosen from existing Sundance Institute Lab Projects as well as projects specifically recruited by both organizations.

“For nearly thirty years, Sundance Institute has been discovering and developing emerging independent artists. This long record of nurturing diverse and authentic stories that foster empathy and understanding dovetails directly with the Cinereach mission,” said Philipp Engelhorn, Cinereach Founder and Executive Director. “We are pleased to join forces with Sundance Institute to help sustain this important and unparalleled work.”

“We have long admired the work of Philipp and his team and commend them for their vision and dedication to promoting storytelling and awareness,” said Jill Miller, Managing Director, Sundance Institute. “Their long-term commitment comes at a crucial moment as the current global financial crisis threatens to constrict film artists’ possibilities of connecting to audiences.”

Since 1981, the Sundance Institute Feature Film and Documentary Film Programs have supported independent filmmakers whose distinctive, singular work has engaged audiences worldwide. Program staff fully embrace the unique vision of each filmmaker, encouraging a rigorous creative process with a focus on original and deeply personal storytelling. Each year, emerging filmmakers from the U.S. and around the world participate in a year-round continuum of support which can include the Screenwriters and Directors Labs, Documentary Story and Edit Lab, Composers Lab, funding through the Sundance Documentary Fund, Creative Producing Summit, ongoing creative and strategic advice, significant production and postproduction resources, a rough-cut screening initiative, a Screenplay Reading Series, and direct financial support through project-specific grants and artist fellowships. In many cases, the Institute has helped the Program’s fellows attach producers and talent, secure financing, and assemble other significant resources to move their projects toward production and presentation. In 2008 the FFP launched the Creative Producing Fellowship, a year-long program for emerging independent producers, which includes the Feature Film Creative Producing Lab, Documentary Creative Producing Lab, industry mentorship and financial support.

Founded by Robert Redford in 1981, Sundance Institute is a not-for-profit organization that fosters the development of original storytelling in film and theatre, and presents the annual Sundance Film Festival. Internationally recognized for its artistic development programs for directors, screenwriters, producers, film composers, playwrights and theatre artists, Sundance Institute has nurtured such projects as Angels in America, Spring Awakening, Boys Don’t Cry and Born into Brothels.

Cinereach was created in 2006 by young filmmakers, philanthropists and entrepreneurs to champion vital stories artfully told. Its three key initiatives include Grants & Awards, The Reach Film Fellowship and Productions. Cinereach has awarded over $2 million in grants and achievement awards since its inception. Past recipients include: A Jihad for Love, an acclaimed documentary exploring the complex intersection of Islam and homosexuality and Entre Nos a narrative feature film by Paola Mendoza that premiered to great acclaim at the 2009 Tribeca Film Festival. Cinereach’s first in-house documentary, The Road Ahead: The First Green Long March, was a selection of the Hamptons and Cleveland International film festivals and has screened in connection with leading environmental organizations. www.cinereach.org.