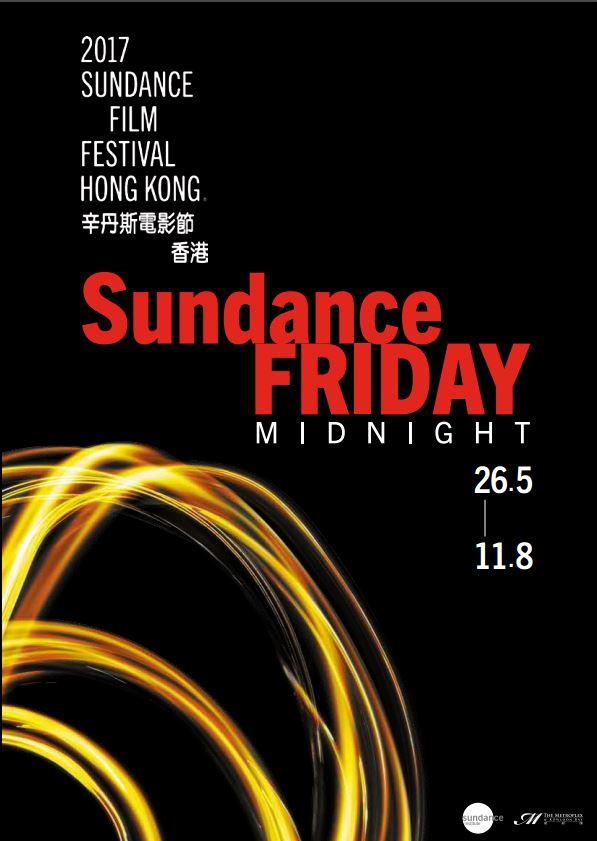 keep you on the edge of your seat

The Midnight section of Sundance Film Festival in Utah, U.S.A. is the go-to section for film lovers in search of something crazy, stimulating or peculiar – whether an instant cult classic or a chilling thriller, films from the Midnight section definitely keep audiences wide awake. And now Hong Kong audiences will be able to have a piece of this Midnight madness!

Every Friday from May 26 to August 11, 2017, a film from Sundance Film Festival’s Midnight section will screen at the Metroplex. Sundance Friday: Midnight features a total of 4 films, each uniquely provocative.

The Greasy Strangler (Director: Jim Hosking) – This Los Angeles–set tale follows Ronnie, a man who runs a disco walking tour along with his browbeaten son, Brayden. When a sexy, alluring woman named Janet comes to take the tour, it begins a competition between father and son for her attentions. It also brings about the appearance of an oily, slimy, inhuman maniac who stalks the streets at night and strangles the innocent—soon dubbed “the Greasy Strangler.”

Under the Shadow (Director: Babak Anvari) – In 1988 Tehran, Shideh’s attempts to rejoin medical school after getting married and having daughter Dorsa are thwarted as a consequence of her politically active history. Her husband is sent off to serve in the Iran-Iraq War while Iraqi air raids draw perilously close to their own apartment. As she is left alone with Dorsa after neighbors and friends flee from a city in chaos, her daughter becomes increasingly ill and seemingly disturbed. Shideh initially dismisses Dorsa’s tantrums over a missing doll, but she reluctantly comes to suspect that they’ve been targeted by djinn—malevolent spirits that steal from those they seek to possess.

The Blackout Experiments (Director: Rich Fox) – You arrive at a secret location at a precise time, prompted by a mysterious email. You must follow the instructions closely. Once inside, disturbing visions begin. Unspeakable acts befall you—often frightening, sometimes sensual, possibly painful—each stimulating your deepest fears. And when it’s over, you are changed, abandoned, and left wondering what is real and what was merely a game.

In a culture that has embraced immersive theatre and interactive entertainment, the rise of extreme haunts such as the popular horror experience called Blackout has become essential to an obsessive audience that hungers to test the very limits of the dark unknown. Rich Fox’s otherworldly narrative-driven documentary shrewdly seeks out the survivors of some of Blackout’s most intense simulations, revealing an underbelly of private rituals and personal paranoia. Obliterating the line between the real and the imagined, this hybrid experiment dares its victims to stare into the hidden pleasures of a waking nightmare, and then it stares right back.

Yoga Hosers (Director: Kevin Smith) – Colleen and Colleen are BFFs AF. Manitoba is where they go to school together, do yoga together, play in a band together, and work together at a boring convenience store. Life is whatevs, but also on fleek. That’s kinda what being 15 and a half is all about. #RealTalk

So when two older guys invite the Colleens to a senior party, the girls are determined to go no matter what—even if that “what” is a terrible, secret evil that threatens to destroy everything decent and polite about Canada. Can Colleen and Colleen save the day and go viral? Will those senior boys prove squad-worthy?

In 2014 The Metroplex opened its doors to the public as a state-of-the-art 9 screen multiplex at the heart of Eastern Kowloon. The Metroplex is a self-operated independent cinema under Hopewell Holdings Limited, showing a wide range of films from Hollywood blockbusters, international award-winning pictures, film festivals, local, specialty and independent films. Located in one of the Group’s investment properties, E-Max of Kowloonbay International Trade and Exhibition Centre (KITEC), The Metroplex has the flexibility in cross platform entertainment such as film/music festivals, live streaming concerts and shows, multimedia conferences, and many other events of similar genre. For more details, please visit www.metroplex.com.hk.

Founded in 1981 by Robert Redford, Sundance Institute is a nonprofit organization that provides and preserves the space for artists in film, theatre, and new media to create and thrive. The institute’s signature labs, granting, and mentorship programs, dedicated to developing new work, take place throughout the year in the U.S. and internationally. The Sundance Film Festival and other public programs connect audiences to artists in igniting new ideas, discovering original voices, and building a community dedicated to independent storytelling. Sundance Institute has supported such projects as BOYHOOD, SWISS ARMY MAN, MANCHESTER BY THE SEA, BROOKLYN, LITTLE MISS SUNSHINE, LIFE, ANIMATED, SONITA, 20 FEET FROM STARDOM, BEASTS OF THE SOUTHERN WILD, FRUITVALE STATION, SIN NOMBRE, SPRING AWAKENING, A GENTLEMAN’S GUIDE TO LOVE AND MURDER, and FUN HOME. Join Sundance Institute on Facebook, Instagram, Twitter and YouTube.