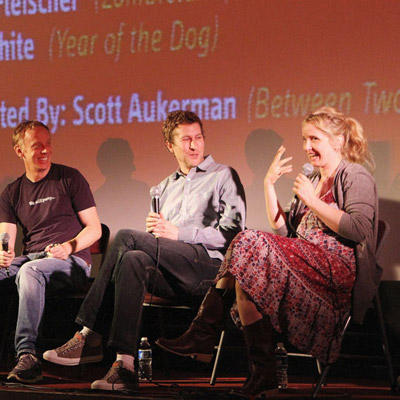 Los Angeles, CA — Sundance Institute today announced it will host its popular series of one-day, public ShortsLab filmmaking workshops in New York, Los Angeles and for the first time, Seattle. This series marks the third year of ShortsLab programming for the Institute. Tickets are available at http://www.sundance.org/programs/shortslab/; limited space available.

Keri Putnam, Executive Director of Sundance Institute, said, “ShortsLabs are an extension of the more intensive filmmaking Labs Sundance Institute has hosted for more than three decades. ShortsLabs give filmmakers the opportunity to improve their storytelling techniques, learn about the world of production, and explore platforms to showcase their work in an environment that celebrates and fosters individual voices.”

Trevor Groth, Director of Programming for the Sundance Film Festival, added, “Fueled by the enthusiastic response from last years ShortsLabs we are thrilled to do them again in New York and Los Angeles. We are especially looking forward to hosting our first one in Seattle, an area with a vibrant cinema history and a wealth of emerging filmmaking talent.”

In advance of ShortsLab: NYC on Saturday, June 16, Rooftop Films will host a screening of short films the previous day (Friday, June 15) at Open Road Rooftop (Lower East Side), 350 Grand Street, New York, NY 10002. The screening is open to the public, regardless of whether they plan to attend ShortsLab: NYC the following day. Tickets to the screening are available at http://www.rooftopfilms.com/.

ShortsLab: LA is supported by a grant from The James Irvine Foundation.