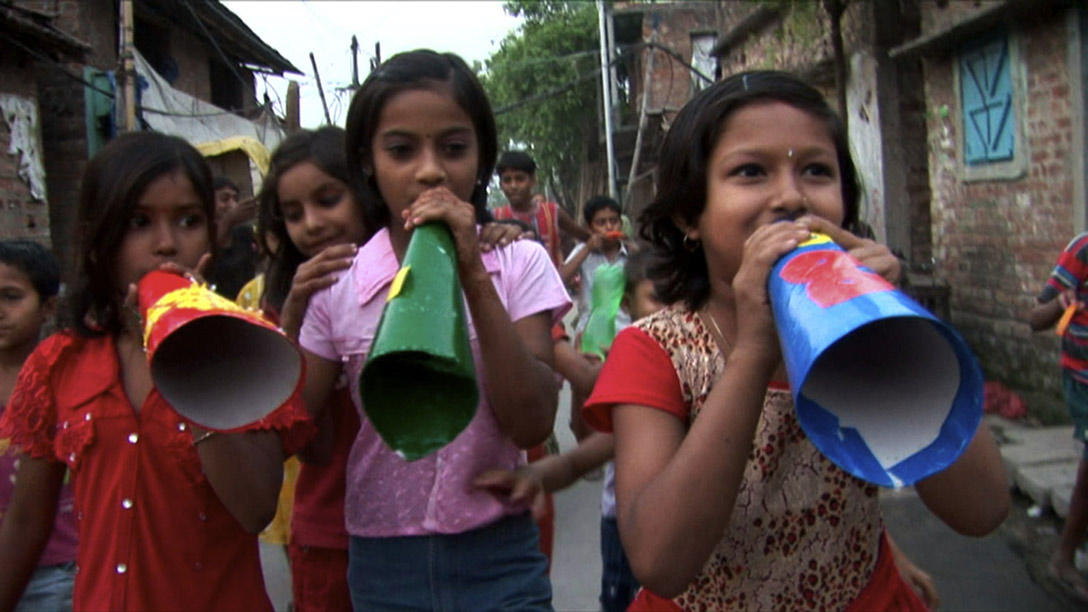 Park City, UT — Sundance Institute, in collaboration with the Skoll Foundation, will broaden the scope of the Sundance Institute | Skoll Stories of Change initiative, which connects independent storytellers with renowned social entrepreneurs to support the creation of films that shine a spotlight on solutions to urgent social issues.

With an additional $2.5 million grant from the Skoll Foundation, the initiative will expand to include feature film and new media artists as well as documentary filmmakers.

Over the past seven years, Stories of Change has supported 66 social entrepreneurs, 50 documentary filmmakers and storytellers, 11 documentary films, 11 multi-platform media projects, and 20 convenings, workshops, and labs.

Highlights include the Academy Award-nominated film Open Heart, which spurred the government of Rwanda to make eradication of Rheumatic Heart Disease a priority for their country, and the documentary Rafea, broadcast around the world as part of the Why Poverty initiative.

Keri Putnam, Executive Director of Sundance Institute, said, “Through the generous support of Jeff Skoll and the Skoll Foundation, we look forward to supporting brave documentary, narrative, and new media artists working to improve the world around them through storytelling. The evolution of this collaboration will build on the greatest strengths of the existing program, increase its reach, and enable us to bring vital independent stories to broader audiences.”

“The Skoll Foundation lives and breathes Jeff Skoll’s unwavering belief in the power of storytelling,” said Sally Osberg, president and CEO of the Skoll Foundation. “Sundance Institute, as led by Robert Redford, is a leading voice for independent storytelling and whose community of world-class storytellers share with Skoll a deep commitment to highlighting injustice and shining a light on solutions to the world’s most pressing problems. We’re proud and excited to expand our support to broaden the reach of these stories and their potential to help us envision and work toward a better world.”

The Skoll Foundation was established by Jeff Skoll in 1999 to pursue his vision of a sustainable world of peace and prosperity. The Foundation’s mission is to drive large-scale change by investing in, connecting, and celebrating social entrepreneurs and the innovators who help them solve the world’s most pressing problems. Social entrepreneurs are society’s change agents—creators of innovations that disrupt the status quo and transform our world for the better. Join the Skoll Foundation on Facebook and Twitter, and learn more about the 2015 Skoll World Forum.