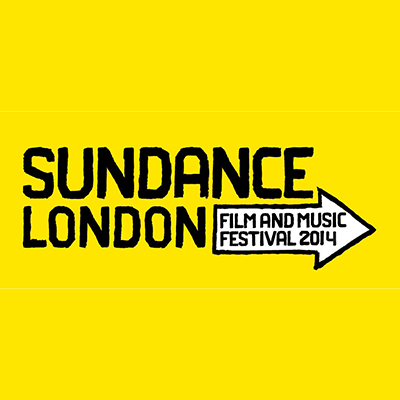 The O2, London, 25 November 2013 — Sundance Institute and AEG Europe today announced that the 2014 edition of the Sundance London film and music festival will take place from 25-27 April at The O2. Hosting the same number of films and events as previous years, next year’s festival will feature an expanded filmmaker development programme, including the return of the Sundance London Short Film Competition and a Shorts Workshop.

John Cooper, Director of the Sundance Film Festival, said, “We look with great excitement to hosting the third Sundance London in April. In keeping with the event’s purpose of celebrating independent artists, the Short Film Competition and workshop allow us to tap into the vibrant artistic community in the UK and connect that work with audiences at the festival.”

The Sundance London Short Film Competition invites UK-based filmmakers to enter original films between three and five minutes in length, with the winning entry screening at Sundance London and its filmmaker receiving a three-night stay at The Langham, London as well as additional prizes to be announced.

Entries should relate to a theme of ‘Making a go of it’: stories about moving forward in life, love or loss and the pursuit of inspiration.’ Submissions can be documentary, animation, live action, comedy, drama or any other preferred format or genre, and will accepted until 17:59 (GMT) on Monday 3 March online. The Short Film Competition is a partnership with Talenthouse, Ravensbourne College of Design and Technology, and with guidance from Sundance London organisers, Robert Redford, Sundance Enterprises, Sundance Institute – which annually hosts the Sundance Film Festival in Park City, Utah, U.S.A. – and AEG Europe.

On Saturday 26 April, a Shorts Workshop for aspiring short filmmakers will take place at Cineworld at The O2, led by Mike Plante, Short Film Programmer for the Sundance Film Festival. Recognising the important role shorts have in cinema, storytelling, and culture, the workshop will help empower the next generation of artists. Filmmakers will gain first-hand insight and access into the world of story development, production, working with cast and crew, and how to get the most out of making a short film. Sundance Institute has hosted similar workshops in cities across the U.S.A., where featured participants have included Spike Jonze, Brit Marling, Jared Hess and Todd Haynes. Featured participants for the workshop in London will be announced. Tickets (£100 each) are on sale 10am Wednesday 27 November online.

Sundance London
The Sundance London film and music festival is a partnership between Robert Redford, Sundance Enterprises, Sundance Institute and AEG Europe. The third Sundance London will take place from 25-27 April, 2014 at The O2 and will host the international and UK premieres of films fresh from the 2014 Sundance Film Festival in Park City, Utah, U.S.A., as well as live music performances, panels and events. The range of Sundance London ticket packages on offer comprise tickets for two to 10 screenings, entry to the Festival Hub and the Opening Night party.

The centrepiece of the multi-million pound development is the 20,000 capacity indoor arena, the most popular and busiest arena in the world. There is also a live music venue – indigO2 – with a capacity of 2,900, Building Six, a 3,000 capacity space used for high-end club nights and corporate events, Up at The O2, an experience that allows guests to climb the roof of The O2, the British Music Experience, a permanent, high-tech, interactive music museum, an 11 screen cinema complex, and a vibrant ‘Entertainment District’ featuring 28 bars and restaurants.

The O2 arena sold more tickets than any other arena in the world last year (breaking all previous records) – making it the most popular music venue in the world for the sixth year running.