Sundance London to Host Royal Premiere of HARMONY: A New Way of Looking at Our World 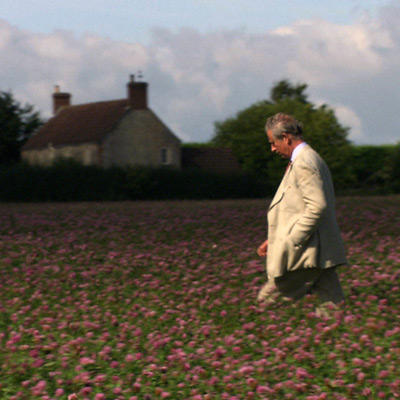 London, 24 April 2012— Sundance Institute and The O2 announced today that HRH The Prince of Wales will introduce the Worldwide Theatrical Premiere screening of the film HARMONY: A New Way of Looking at Our World at the first-ever Sundance London film and music festival on 28 April at The O2. HRH will be joined by Sundance Institute President & Founder Robert Redford.

HARMONY, by filmmakers Stuart Sender and Julie Bergman Sender, tells the story of how for more than three decades HRH The Prince of Wales has worked side by side with a surprising and dynamic array of environmental activists, government and business leaders, artists, architects and visionaries to address the global environmental and economic crisis and find solutions towards a more sustainable, spiritual and harmonious relationship with the planet. HARMONY is narrated by HRH and produced and directed by a team of filmmakers with Academy Award and Directors Guild nominations to their credit. The screening will be followed by an extended Q&A with the filmmakers as well as Tony Juniper and Ian Skelly, authors of the book that inspired the film.

Robert Redford, President & Founder of Sundance Institute, said: “HRH The Prince of Wales and I share a dedication to preserving the environment and to identifying innovative and yet realistic ways to do so. This important film showcases his diligence, passion and achievement which includes his efforts to amplify the work of social innovators on the front lines of change the world over. In this wonderful journey he shows us what can be an inspired future.”

The royal premiere of HARMONY will be one of a number of Special Events taking place at Sundance London, including: an intimate performance by Rufus and Martha Wainwright following the world premiere of Lian Lunson’s film about the music of their mother; The debut theatrical screening of Coming Up For Air, a documentary about Placebo; and the 25th anniversary screening of River’s Edge, which premiered at the 1987 Sundance Film Festival. Additional events and performances include the Opening Night event An Evening With Robert Redford And T Bone Burnett; Tricky and Martina Topley-Bird performing Maxinquaye; and screenings of 14 feature-length and eight short films from the 2012 Sundance Film Festival in Park City, Utah, U.S.A.

Sundance London takes place at The O2 from 26-29 April.

The Harmony premiere will be covered by the Royal Rota.
To contact the Prince of Wales Press Office regarding the Royal Rota, please call:
Miss Eva Omaghomi: 020 7024 5506