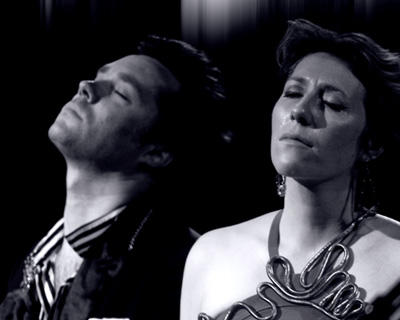 London, 20 March 2012 — Sundance Institute and The O2 announced today the programme of Special Events and panels that will take place at the inaugural Sundance London film and music festival, from 26-29 April at The O2. These events and panels were programmed by Sundance Institute, which annually hosts the Sundance Film Festival in Park City, Utah – the premier independent film festival in the United States.

Among the Special Events announced today are: ‘Rufus and Martha Wainwright sing Kate McGarrigle,’ an intimate performance by Rufus and Martha Wainwright following the world premiere of Sing Me The Songs That Say I Love You ~ A Concert for Kate McGarrigle, Lian Lunson’s film about the music of their mother, folk singer Kate McGarrigle; The debut theatrical screening of Coming Up For Air, a documentary about Placebo, which will be followed by an extended Q&A with the band and filmmaker Charlie Targett-Adams; Robert Redford will introduce a screening of Harmony, a documentary about the three decades of work by HRH The Prince of Wales to combat climate change and the global environmental crisis, which will be followed by an extended Q&A; the 25th anniversary screening of River’s Edge, which first premiered at the 1987 Sundance Film Festival; and multiple panels on the creative process of independent filmmaking, reflecting the year-round work of Sundance Institute.

John Cooper, Director of the Sundance Film Festival, said, “In programming the Special Events and panels for the first-ever Sundance London, we were afforded total creative freedom, and what resulted are a number of unique events that we hope will broaden the experience of attending the festival for all to enjoy. The common element highlighted throughout the festival is a celebration of those who think creatively and independently about something in their lives.”

Programme information and ticket packages are available online. Individual film tickets will be on general sale from 4 April.

DOCUMENTARY FLASH LAB
This two hour immersion, fresh from Sundance Institute’s Documentary Film Program, will cut right to the edge of the new global documentary movement. Like Sundance’s signature Labs in Utah, leading doc artists from the US and beyond will challenge, inspire and present on all things non-fiction. Expect special guests, special treatment and special clips. A not-to-be-missed opportunity to co-create a trans-Atlantic doc community. Make a day of it and see the latest doc premieres.

Hear from leading American filmmakers Lauren Greenfield (The Queen of Versailles), Eugene Jarecki (The House I Live In) and Jeff Orlowski(Chasing Ice). Then join innovators Jess Search (CEO, Channel Four BritDoc Foundation) and other special guests as they dive into cutting edge funding and distribution possibilities. Come as you are, and leave with something more.

This Flash Lab will be hosted by Cara Mertes, Director Sundance Institute Documentary Program and Fund.

FILM MUSIC FROM THE COMPOSER’S POINT OF VIEW: An Afternoon with Harry Gregson-Williams
Peter Golub, Director of the Sundance Institute Film Music Program, will lead us on a journey exploring the creative evolution of one of the most successful and prolific film composers working today. Join world renowned composer Harry Gregson-Williams (the Shrek series, The Chronicles of Narnia, Kingdom of Heaven, Man on Fire, Spy Games, Team America, Life in a Day and so many others) as he shares his process from that first spark of musical conception through to its culmination in the final delivery of a film score.

Experience a live demonstration with electric violinist Hugh Marsh and a not-to-be-missed discussion with Peter Cobbin, who has recorded and mixed many of Harry’s scores at Abbey Road. Participants will examine scenes from The Chronicles of Narnia, Veronica Guerin, Unstoppable, Shrek and Gone Baby Gone and learn how the music for each of these films was conceived and realized and ultimately discover first hand how music shapes and enhances the lifeblood of a film and the experience of the viewer.

This panel is co-presented with BAFTA.

THINKING INDEPENDENTLY – UK versus US
Independent film has become synonymous with original storytelling and a breed of cinema that comes from courage and personal vision. For over 30 years Sundance Institute and the Sundance Film Festival have supported emerging filmmakers from around the world. At the same time Britain has a long history of being a leader in cinematic innovation and has launched some of the most exciting talent working today. In this panel we will hear from filmmakers from both sides of the pond as US filmmakers face off  with counterparts from the UK. How are we alike and how are we different?

John Cooper (Director, Sundance Film Festival) and Clare Stewart (BFI Head of Exhibition and Festival Director BFI London Film Festival) will be team captains. Representing the US will be visiting filmmakers Josh Radnor (Liberal Arts), So Young Kim (For Ellen) and Ry Russo-Young (Nobody Walks) and from the UK will be local indie heroes James Marsh (Shadow Dancer, Project Nim, Man on Wire), Gurinder Chada (Bend it Like Beckham, Bride & Prejudice) and other panelist to be announced.

This panel is co-presented with BFI.

The centrepiece of the multi-million pound development is the 20,000 capacity indoor arena, the most popular music arena in the world.  There is also a live music venue – indigO2 – with a capacity of 2,350, The O2 bubble – a state of the art exhibition space that is host to the British Music Experience, a permanent, high-tech, interactive music museum, an 11 screen cinema complex, and a vibrant ‘Entertainment District’ featuring a variety of bars, restaurants and leisure facilities.