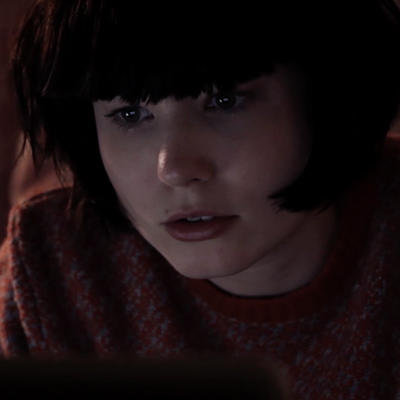 The O2, 15 April 2014 — Sundance Institute and The O2 today announced the winners of the Short Film Competition for the third Sundance London film and music festival, 25-27 April at The O2: Russian Roulette by Ben Aston has won the Official Selection Award and Shadows of Time by Sambit Banerjee has won the Community Choice Award. Both films will screen at the festival and both filmmakers will receive prizes including a three-night stay at The Langham Hotel in London. Also announced today was a new prize: that a selection of the finalists’ films will screen on London Live.

The Short Film Competition is presented in association with London Live and is a partnership with Talenthouse, Ravensbourne, and with guidance from Sundance London organisers, Robert Redford, Sundance Enterprises, Sundance Institute – which annually hosts the Sundance Film Festival in Park City, Utah, U.S.A. – and AEG Europe. Short film entries were to relate to a theme of ‘Making a go of it’: stories about moving forward in life, love or loss and the pursuit of inspiration.’ Submissions between three and five minutes in length were accepted.

Additional finalists for the competition were: 1 on 1 by Joe Talbot; Making the News by Daniele Baron & Conor OGrady; Red Onions by Nadia Lachman; My City by Robert Ryan; Family Business by Mark Drake; Heaven’s Secret – A Film About Love After Death by Ed Wiles; Brothers by Aleksandra Czenczek; The Elevator Pitch by Simon Ryninks; Redemption by Laura Lisete Roosaar; and Art of Motion by Rhodri Williams. All winning and finalist films are available for immediate viewing online.

Images for press are available at image.net , sundance.org/images and ftp.premiercomms.com (login ID: sunlon14; password RN85Fh4f). All photos are copyrighted and may be used by press only for the purpose of one-time reproduction and only when including proper image credits and/or ‘Courtesy of Sundance Institute.’ Unauthorized use, alteration or reproduction of logos and photos is strictly prohibited.

Sundance London
The Sundance London film and music festival is a partnership between Robert Redford, Sundance Enterprises, Sundance Institute and The O2. The third Sundance London will take place from 25-27 April at The O2 and will host the international and UK premieres of films fresh from the 2014 Sundance Film Festival in Park City, Utah, U.S.A., as well as live music performances, panels and events.

Robert Redford
Robert Redford is an Academy Award-winning actor, director and producer, a passionate advocate for the arts and a leading environmentalist. He serves as President of the non-profit Sundance Institute, which he founded 30 years ago to foster independence, discovery and new voices in American film and theatre. Mr. Redford also founded the Sundance Channel, Sundance Resort, Sundance Catalog, and Sundance Cinemas and the non-profit Redford Center. Though very different in their activities and independent in their operations, all of Mr. Redford’s Sundance entities share the same core mission he has always held dear: a passionate connection to new artists, new voices and new perspectives. sundancegroup.net