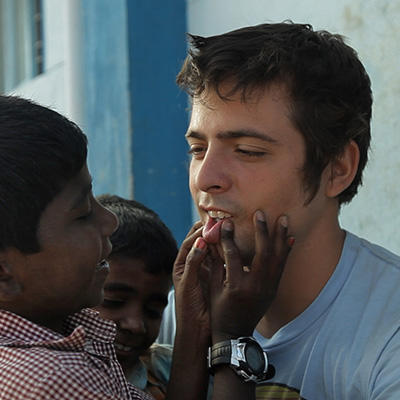 The O2, 11 March 2013 — Sundance Institute and The O2 announced today the programme of panels, feature films and short films for the second Sundance London film and music festival, 25-28 April at The O2. Passes and ticket packages are available online, and individual tickets will be on sale from 9:00 a.m. GMT Friday 15 March.

Sundance Institute, which annually presents the Sundance Film Festival in Park City, Utah, U.S.A., selected the film and panel programming. The 2013 programme continues its 2012 focus on presenting new work by independent filmmakers and exploring the interplay between independent film and music.

The programme announced today includes 18 feature films and nine short films across four sections, including a new UK Spotlight. Twenty-three films will make their international, European or UK premieres at Sundance London. Ten are by female filmmakers and six are by first-time feature filmmakers. The films collectively received 11 awards when they premiered at the Sundance Film Festival in Park City, Utah, U.S.A.. Among the artists expected to attend Sundance London are Lake Bell, Mike Birbiglia, Jimmy Carr, the Eagles, Barbara Kopple and Peaches, as well as Sundance Institute President & Founder Robert Redford.

Robert Redford said, “We would hope for Sundance London to be another ‘Sundance’ experience – lively, culturally relevant and fun. We look forward to engaging with audiences as we discover new voices, new points of view and new perspectives.”

John Cooper, Director of the Sundance Film Festival, said, “The film and panel programme announced today reflects the energy and enthusiasm that ignited audiences just weeks ago at our 2013 Sundance Film Festival. Building on the success of the first Sundance London, we again welcome the opportunity to engage with passionate and adventurous UK audiences and introduce them to the new work of independent filmmakers.”

Rebecca Kane, General Manager of The O2, said, “I am very excited to welcome Sundance London back to The O2 to build on the success of last year’s event, which attracted the likes of Robert Redford, Rufus and Martha Wainwright, and The Prince of Wales. Sundance London is a great opportunity for film and music fans to engage with artistes, and it also plays a big role in showcasing The O2’s ability to host high-profile global events that attract a variety of audiences.”

In addition to film screenings and panels, Sundance London will host several live music performances and events. Peaches has been announced as the first headlining act for the 2013 festival, and tickets for that performance are now on sale. Additional music performers will be named. Among the 17 musical acts at the first-ever Sundance London were Tricky and Martina Topley-Bird, Placebo, and Rufus and Martha Wainwright.

The Art of the Score: An Afternoon with David Arnold — In a career that has produced over 60 scores to date, David Arnold has written and arranged some of the most exciting music in film and television today – and has done so across myriad genres and styles. Best known for his five James Bond scores, including Casino Royale and Tomorrow Never Dies, as well as Independence Day, Stargate, Godzilla, Hot Fuzz, The Stepford Wives, and the television series Sherlock and Little Britain, his work has garnered numerous Grammy, Emmy, BAFTA, UK Royal Television Society and BMI awards and nominations. He was also Musical Director for 2012 Olympic Games and 2012 Paralympic Games in London. In a lively afternoon celebrating creativity and collaboration, Arnold and guests offer a first-hand look at the composing process – through conversation, clips and various demonstrations of his approach to film and the musical choices that have led to some of his most notable work.

Screenwriting Flash Lab — It takes years of screenwriting to have an overnight success. It also takes talent, willpower, determination, grit and more than anything – it requires failure. And yet the fear of failure can stymy creativity. What is a writer to do? Join UK and American screenwriters for a lively, honest and irreverent discussion on the creative lessons learned from their biggest “cock-ups”. A not-to-be-missed opportunity to meet fellow writers, as well as Sundance Institute’s Feature Film Program Founding Director, Michelle Satter, and International Director, Paul Federbush. Tony Grisoni (Fear and Loathing in Las Vegas, Tideland, In This World, Death Defying Acts), Peter Straughan (Tinker, Tailor, Soldier, Spy, The Debt, Men Who Stare at Goats), Lynn Shelton (Touchy Feely, Your Sister’s Sister, Humpday), moderator Mia Bays, Oscar-winning producer (Six Shooter, 30 Century Man) and marketing consultant / creative executive at Microwave, and other panelist to be announced. Co-presented with BAFTA.

Senses of Humor and Humour: US – UK Comedy — As the wisest among us have often observed, humor is a serious thing. A strangely elusive form (E.B. White once likened it to dissecting a frog; you can do it, but the thing dies in the process) comedy may be dispensed with sugarcoated smoothness, but it’s a uniquely powerful, sophisticated way of looking sat the foibles of human nature and the contradictions of our lives and societies. From family dysfunction to global politics, comedians might argue that laughing at the world is simply the most sensible way of making sense of it. In a battle to establish who is funnier and why, our group of UK and US actors, comedians and filmmakers unpeel the layers and explore what’s behind the American and British “brands” of humor. With comedian, author and filmmaker Mike Birbiglia (Sleepwalk With Me), writer, director and actress Lake Bell (In A World…) and other panelists to be announced. Co-presented with BFI.

Sundance London
The Sundance London film and music festival is a partnership between Robert Redford, Sundance Enterprises, Sundance Institute and AEG Europe. The second Sundance London will take place from 25-28 April, 2013 at The O2 and will host the international and UK premieres of films fresh from the 2013 Sundance Film Festival in Park City, Utah, U.S.A., as well as live music performances, panels and events. Passes and ticket packages are now on sale and individual tickets will be available March 15. For partnership opportunities email sundancelondon@the02.co.uk.