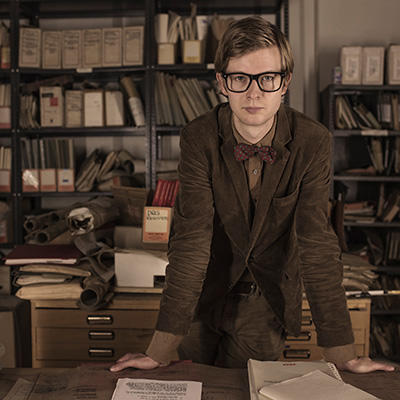 The O2, 9 April 2013 — Sundance Institute and The O2 announced today the programme of talks and music performances that will take place in The Festival Hub at the second Sundance London film and music festival, 25-28 April at The O2. Located under Cineworld at The O2, admission to The Hub is open to all Sundance London ticket holders 18 and older, subject to capacity.

The Hub Talks were programmed by Sundance Institute, which annually presents the Sundance Film Festival in Park City, Utah, U.S.A., as well as by Sundance London partners the British Music Experience, Film London and Kickstarter. Music performances were curated by the American Society of Composers, Authors and Publishers (ASCAP).

John Cooper, Director of the Sundance Film Festival, said, “We created The Hub as a hangout for our invited artists and London audiences to discuss their love of film and music. These talks and musical performances, open to all Sundance London ticket holders, add to the experience of the festival in exciting ways.”

Tickets for all Sundance London films, panels and music performances are now on sale at online. Music performers include Peaches, Gregg Allman and John Paul White of The Civil Wars, and British Sea Power. The film programme, made up of 21 feature films and nine short films, includes the International, European or UK premieres of films from the 2013 Sundance Film Festival, including several award winners.

Hub Talks — A dialogue inspired by film in a relaxed, engaging environment. Participants are linked to a subject or idea but the form of these events is open to their interpretation.

Sundance Institute
Founded by Robert Redford in 1981, Sundance Institute is a global, nonprofit cultural organization dedicated to nurturing artistic expression in film and theater, and to supporting intercultural dialogue between artists and audiences. The Institute promotes independent storytelling to unite, inform and inspire, regardless of geo-political, social, religious or cultural differences. Internationally recognized for its annual Sundance Film Festival and its artistic development programs for directors, screenwriters, producers, film composers, playwrights and theatre artists, Sundance Institute has nurtured such projects as Born into Brothels , Trouble the Water , Beasts of the Southern Wild, Amreeka , An Inconvenient Truth , Spring Awakening , Light in the Piazza and Angels in America . Join Sundance Institute on Facebook, Instagram, Twitter and YouTube.