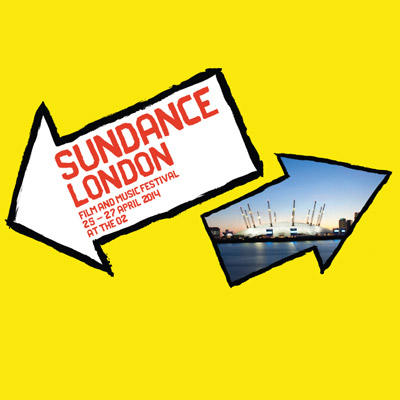 The O2, London, 24 February 2014 — Sundance Institute and The O2 today announced the first music act for the 2014 edition of the Sundance London film and music festival: Archive will perform live and DJ at The O2’s newest venue, Brooklyn Bowl, on the opening night of Sundance London. The band will also present the world premiere of their film, Axiom, as well as participate in a post-screening Q&A.

Sundance London will take place from 25-27 April at The O2. Tickets for the film and performance will go on sale Friday 28 February 9.00am online, where general ticket packages and access to a short filmmaking workshop can now be purchased.

Archive, the South London collective, finished recording the AXIOM album earlier this year and immediately began working on the accompanying film with Spanish film collective NYSU. Speaking about the project, Archive founding member Darius Keeler said: “We’ve always harboured ambitions to bring together our music and the filmmaking process. Every time we make an album somebody says it sounds like the soundtrack to a movie that hasn’t been made, well this time we decided to make the movie.”

Synopsis: “Axiom” is an island in the middle of nowhere with steep cliffs on all sides. On the island there is an underground city dominated by a bell, the bell decides the fate of the city’s inhabitants.

Talking about the film, NYSU director Jesus Hernandez commented: “Archive has produced a great album that works like an entire movie script. We saw our role as composers of a kind of visual soundtrack for the music. Our challenge was to translate the band’s script into images. It’s the most exciting project we’ve ever been involved with.”

On the subject of the film’s inclusion in Sundance London and the live performance at The O2, Keeler added: “It’s so exciting, we’re just proud and honoured to be part of such a prestigious event. It’s going to be an epic night, we can’t wait!”

The third Sundance London will host the international and UK premieres of American independent films fresh from the 2014 Sundance Film Festival in Park City, Utah, U.S.A., as well as live music performances, panels and events. Sundance Institute, which annually presents the Sundance Film Festival, selects the films and related programming.

Images for Press:
Images for press are available at image.net and sundance.org/images.  All photos are copyrighted and may be used by press only for the purpose of one-time reproduction and only when including proper image credits and/or ‘Courtesy of Sundance Institute.’ Unauthorized use, alteration or reproduction of logos and photos is strictly prohibited.