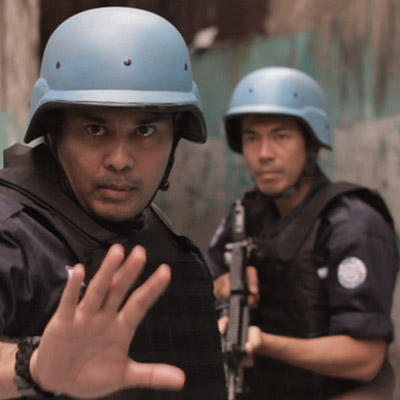 The O2, 22 March 2013 — Sundance Institute and The O2 announced today that three feature films have been added to the programme for the second Sundance London film and music festival, 25-28 April at The O2. They are: A.C.O.D. (Director: Stuart Zicherman, Screenwriters: Ben Karlin, Stuart Zicherman), Mud (Director and screenwriter: Jeff Nichols) and Metro Manila (Director: Sean Ellis, Screenwriters: Sean Ellis, Frank E. Flowers). Tickets for all Sundance London films and panels, including those announced on March 11, are now on sale online.

Sundance Institute, which annually presents the Sundance Film Festival in Park City, Utah, U.S.A., selected the film and panel programming. Including the three films announced today, Sundance London will present 21 feature films and nine short films across four sections, including a new UK Spotlight. Of the 30 films in the festival, 26 films will make their international, European or UK premieres at Sundance London. Ten are by female filmmakers and six are by first-time feature filmmakers. The films collectively received 12 awards, including two Audience Awards, when they premiered at the Sundance Film Festival.

John Cooper, Director of the Sundance Film Festival, said, “With the addition of these three films, Sundance London will present an even more well rounded programme of independent films that represents the work we show at our Festival in Utah. In addition, each offers audiences a unique experience to interact with the artists behind exciting, challenging and entertaining work.”

SPECIAL EVENT PROGRAMME
History of the Eagles Part One Director: Alison Ellwood
Peaches Does Herself Director: Peaches
Sleepwalk With Me Director: Mike Birbiglia