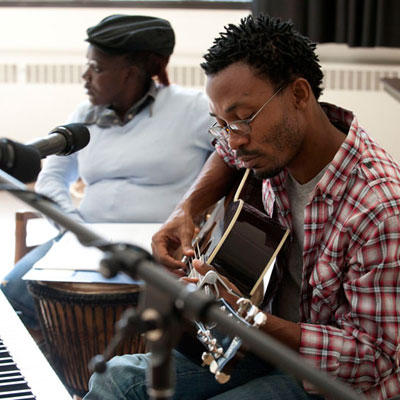 New York, NY — The Sundance Institute Theatre Program today announced that it will return to the Massachusetts Museum of Contemporary Art (MASS MoCA) for its Fall Lab, which provides creative support and direction for innovative musical theatre and ensemble-generated projects. Also announced today were the three projects that have been selected to participate.

Keri Putnam, Executive Director of Sundance Institute, said, “In response to the unique needs of musical theatre and ensemble-generated projects, this Lab will provide more time and spaces for collaboration and rehearsal. Set at MASS MoCA, our artists will have a unique location in which to explore, refine and build their stories as they make their way to the stage.“

Himberg said, “This particular constellation of artists boldly represents the leading edge of devised and musical work. MASS MoCA has generously offered its facilities to us, and we knew from our previous experience that participants would find similar creativity here. We look forward to working with our artists to bring their stories and visions to life in this inspired setting of the Berkshire Mountains.”

The projects selected for the Lab are: