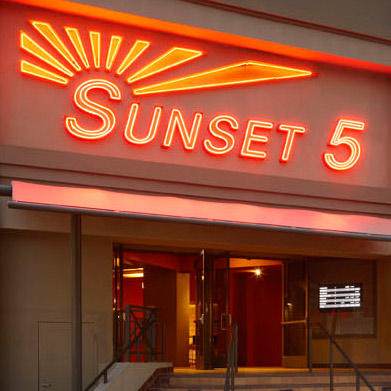 NEXT WEEKEND, Presented by Sundance Institute to Offer Film Screenings and Panels
at Sundance Cinema in West Hollywood

Screenings Around Los Angeles Co-Hosted with American Cinematheque at the Aero Theatre, Cinefamily, Cinespia at the Hollywood Forever Cemetery, The Museum of Contemporary Art, Los Angeles (MOCA) and UCLA School of Theater, Film and Television

LOS ANGELES, CA — NEXT WEEKEND, Presented by Sundance Institute will take place Aug. 8-11, 2013 at Sundance Cinema and additional venues throughout Los Angeles. The event is an extension of the popular NEXT <=> section at the Sundance Film Festival in Park City, Utah, which showcases stylistically adventurous films that take a bold approach to storytelling.

NEXT WEEKEND will present four days of screenings, parties and artist programs that celebrate the renegade spirit of independent filmmaking. Over one summer weekend film fans will have the chance to choose from eight yet-to-be-released feature films. There will also be a panel discussion deconstructing how these films get made, a shorts program and the annual ShortsLab: Los Angles, a half-day short filmmaking workshop. NEXT WEEKEND will include films that have been featured in the Festival’s NEXT <=> section, as well as new films and films that have premiered elsewhere. Filmmakers, cast and crew will be invited to discuss their work and the creative inspiration driving it.

NEXT WEEKEND will kick off with an outdoor screening Aug. 8 at Cinespia at the Hollywood Forever Cemetery. The weekend-long festival will be headquartered at Sundance Cinema in West Hollywood Aug. 9-11. On closing night, Aug. 11, the festival will expand to venues across Los Angeles including the American Cinematheque at the Aero Theatre, Cinefamily, MOCA, and the UCLA School of Theater, Film and Television at the Billy Wilder Theater at the Hammer Museum.

Robert Redford, President & Founder of Sundance Institute, said, “The best part of independent filmmaking is the freedom to tell your stories your own way, to take risks and not be beholden to convention of any kind. At the core of NEXT WEEKEND are artists that are taking risks and pushing boundaries. As such, it’s fitting that Sundance Cinemas will be the home for this festival and these films.”

Keri Putnam, Executive Director of Sundance Institute, said, “The NEXT <=> section at our Festival in Utah, built under the leadership of Festival Director John Cooper and Director of Programming Trevor Groth, showcases films that marry form and content in a way that pushes boundaries and offers fresh perspectives on storytelling. We look forward to celebrating the energy of this work and these artists and to sharing it with a larger community in collaboration with like-minded cultural institutions.”

For sponsorship opportunities for NEXT WEEKEND, email corporategiving@sundance.org.