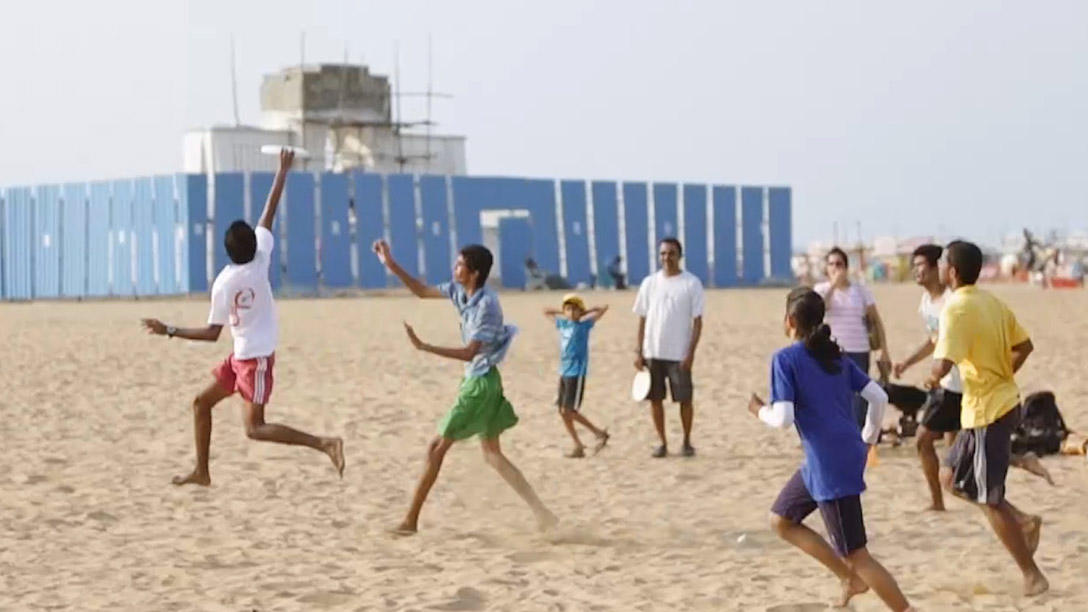 Park City, UT — Sundance Institute today premiered the Sundance Institute Short Film Challenge, a program of nine international short films, at the 2015 Sundance Film Festival. The program is designed to spark global conversation about solutions to challenges like extreme hunger and poverty.  Beginning Tuesday (February 3), the short films will premiere on a variety of digital platforms.

Five of these films were selected among 1,387 submissions from 89 countries on Tongal.com, a creative platform which powered a global call for film entries that used the transformative power of storytelling to generate discussion, shift perceptions around extreme worldwide concerns and harness the power of independent film to create a global conversation about these issues. Contributors on Tongal could submit finished films or story ideas based on the above topics. This program is supported by the Bill & Melinda Gates Foundation, which encourages people inspired by these stories to join www.globalcitizen.org, a global movement that works towards ending extreme poverty in the world by 2030.

The screening at the Festival includes new short films by Sundance Institute alumni Marialy Rivas (Melody), Diego Luna (Nana), Gael García Bernal (The Visible Hand) and Heidi Ewing and Rachel Grady (The World is as Big or as Small as You Make It).

The Short Film Challenge winning short films and directors are: Man in the Maze by Phil Buccellato and Jesse Ash (United States), Dropping In by Willem Van Den Heever (South Africa), Isabelle’s Garden by Jeffrey Palmer (United States), 175 Grams by Bharat Mirle and Aravind Iyer (India) and A Will of Iron by Seyi Fabunmi and Mobolaji Adeolu (Nigeria). Each filmmaker or film team received a $10,000 grant and will attend the Festival.

Keri Putnam, Executive Director of Sundance Institute, said, “The Short Film Challenge has been an opportunity for a group of filmmakers from around the world to illuminate under-told stories and raise awareness about important issues. With the support of the Gates Foundation, we are proud to present this selection of short films by emerging and more established voices at the Festival and hope they inspire dialogue and conversation.”

The four films made with production grants by acclaimed Sundance Institute Alumni in support of the Short Film Challenge are:

Melody / Chile – (Director: Marialy Rivas) Music is Melody’s inspiration and Georgina’s first language. When Georgina is taken to the north of Chile, away from her music and her beloved Chonchi, Melody must find a way to rescue her from a world of silence. Together with their beloved youth orchestra, they form a family through music and get a chance to perform at the country’s biggest theatre. World Premiere

Nana / Mexico – (Director: Diego Luna) Nana depicts the daily journey one woman makes between two very distinct worlds, and shares the personal story of another nanny, reflecting on the unique role Mexican nannies hold as one of the country’s few bridges between social classes. World Premiere.

The Visible Hand / Argentina – (Director: Gael García Bernal) Romina goes to Silvina’s to give her a haircut. They don’t know each other and have gotten in touch through a free online platform that connects people offering and looking for services of all kinds. Romina is not a professional hairdresser, but Silvina isn’t looking for the best haircut. She is rather looking for someone to talk to. World Premiere

The World is as Big or as Small as You Make It / United States –  (Directors: Heidi Ewing & Rachel Grady) In North Philidelphia, local 12-15 year olds gather at a neighborhood recreation center with cell phones and iPads to forge friendships with their peers across the world. This exposure to new corners of the Earth prove to be touching and surprising for students who have never left their hometown.  Tools known best with teens as a medium for texting and selfies are now witness to the great – and sometimes unfulfilled – potential that exists in our own backyard. (Story Idea Winner) World Premiere

175 Grams / India – (Director: Bharat Mirle and Aravind Iyer) At the face of it Flywild is just another team of enthusiasts who get together at Elliot’s Beach, Chennai and play ultimate frisbee, a sport, which is rapidly gaining popularity in India. 175 Grams takes a closer look at lives of the members at Flywild, how they got into ultimate frisbee, the way its shaping their daily lives and what they look forward to in the future as individuals and as a team. World Premiere.

A Will of Iron / Nigeria – (Directors: Seyi Fabunmi and Mobolaji Adeolu) A true life story of a homeless blacksmith living under the Third Mainland Bridge (the longest bridge in Africa) in Lagos, Nigeria with his wife and baby for almost 15 years. He shares his struggles, hopes, and dreams while under the bridge. World Premiere

Dropping In / South Africa – (Director: Willem Van Den Heever) A coming-of-age skateboard drama inspired by actual events. Sam, a teenage boy living on the streets, gets picked up by Marcus, a skate park owner, who helps Sam escape his vices and introduces him to the skateboard culture and what it’s really about. World Premiere

Isabelle’s Garden / United States – (Director: Jeffrey Palmer) An uplifting story of a community coming together in reciprocity, through the hopes and dreams of a young Choctaw girl and her garden. World Premiere

Man in the Maze / United States – (Directors: Phil Buccellato and Jesse Ash) Man in the Maze takes us on a journey through the U.S. borderlands, where we see how people are coming up with innovative solutions to mend our broken food system. Food activist, writer, and conservationist Gary Paul Nabhan sits at the intersection of inspired food activists, farmers, and change-makers. World Premiere