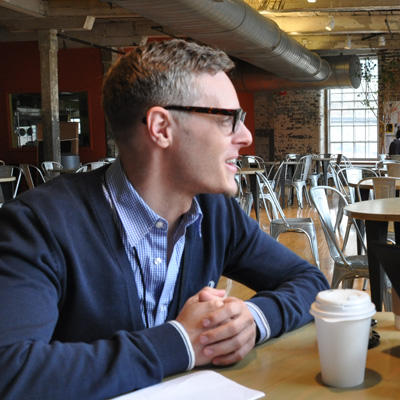 Under the supervision of Theatre Program Artistic Director Philip Himberg, Producing Director Christopher Hibma and Program Associate Anne Kauffman, the Retreat is the only theatre director-centered residency of its kind. The Retreat complements other initiatives of the Theatre Program by providing resources to mid-career theatre directors and grew out of a need expressed by directors for an immersive forum in which to exchange ideas and best practices with peers; review and discuss new work, and participate in intensive discussions led by experienced arts professionals.

Philip Himberg, Artistic Director of the Sundance Institute Theatre Program, said, “The Directors Retreat offers a truly rare opportunity for theatre directors to focus inward, to investigate, research and plan new projects, and to reinvigorate their creative spirits. This also comprises a unique experience for these stage artists to be in dialogue with their peers, and to engage in rigorous conversation about the contemporary field.”

Mark Brokaw recently directed the Broadway production of Rodgers and Hammerstein’s Cinderella. Other Broadway credits include The Lyons, After Miss Julie, Cry-Baby, The Constant Wife, and Reckless. New York premieres include works by David Auburn, Lynda Barry (The Good Times Are Killing Me), Douglas Carter Beane (As Bees in Honey Drown), Keith Bunin, Charles Busch (Olive and the Bitter Herbs), Julia Cho, Lisa Kron (2.5 Minute Ride), Kenneth Lonergan (This Is Our Youth, Lobby Hero), Craig Lucas (The Dying Gaul), Eduardo Machado, Nicky Silver (Too Much Sun, The Lyons), Paula Vogel (How I Learned to Drive, Long Christmas Ride Home) and Wendy Wasserstein (Old Money). Mark has collaborated with Noah Haidle and Laura Jacqmin at past Sundance Institute Theatre Labs. He has directed at London’s Donmar Warehouse and Menier Chocolate Factory, Dublin’s Gate Theatre and the Sydney Opera House. Mark is the Artistic Director of the Yale Institute for Music Theatre. Mark is also an Artistic associate at Roundabout Theatre.

Anne Kauffman has directed at most major New York non-profit and regional theaters.  Her recent credits include Lisa D’Amour’s Pulitzer Prize finalist play Detroit, Smokefall by Noah Haidle at South Coast Rep and The Goodman Theater, 100 Days by The Bengsons at Z Space in San Francisco, Somewhere Fun by Jenny Schwartz at the Vineyard Theater, Amy Herzog’s Belleville for Yale Rep, NY Theatre Workshop and Steppenwolf (Lortel Nomination for Best Director), Chloe Moss’s This Wide Night starring Edie Falco for Naked Angels (Lortel Nomination for Best Director), and Greg Pierce’s Slowgirl for LCT3. She is Program Associate at Sundance Institute, a Usual Suspect at New York Theatre Workshop, an alumna of the Soho Rep Writers and Directors Lab, a current member of Soho Rep’s Artistic Council, Lincoln Center Directors Lab, The Drama League of New York, a founding member of The Civilians, an Associate Artist with Clubbed Thumb and member of New Georges Kitchen Cabinet. From 2000-2006, Anne was on the directing faculty at NYU. She received her MFA in directing from UCSD, and a BA in Slavic Languages and Literature and Theater from Stanford University. Anne’s many awards include the Joan and Joseph Cullman Award for Exceptional Creativity from Lincoln Center, the Alan Schneider Director Award, several Barrymore Awards, Obie Award, and the Lilly Award in Direction.

Ralph B. Peña is the artistic director of Ma-Yi Theatre Company. Recent directing credits include developing a new musical at ACT in San Francisco, Lloyd Suh’s The Wong Kids in the Secret of the Space Chupacabra Go! (Children’s Theater Co. and Ma-Yi, Off Broadway Alliance Award), Joshua Conkel’s Curmudgeons in Love (EST Marathon), Mike Lew’s microcrisis (Youngblood, Ma-Yi), Ruth Margraff’s Centaur Battle of San Jacinto, and House/Boy (Dublin and Singapore Theater Festivals). He received an Obie Award for his work on The Romance of Magno Rubio. Ralph serves on the board of TCG, and is a member of Ensemble Studio Theater.

Les Waters recently directed Thornton Wilder’s Our Town, Will Eno’s Gnit, Todd Almond’s Girlfriend and Eugene O’Neill’s Long Day’s Journey into Night at Actors Theatre. Waters also previously directed Big Love by Charles L. Mee at the 2000 Humana Festival, and Naomi Iizuka’s At the Vanishing Point. From 2003 to 2011, he served as Associate Artistic Director at Berkeley Repertory Theatre. His shows have ranked among the year’s best in The New Yorker, The New York Times, Time Magazine and USA Today. His productions have been seen in New York at The Public Theater, Second Stage, Manhattan Theatre Club, Connelly Theater and Clubbed Thumb, and regionally at theatres such as Steppenwolf Theatre Company, Goodman Theatre, Yale Repertory Theatre, American Conservatory Theater, La Jolla Playhouse and American Repertory Theater. In 2009, he made his Broadway debut with In the Next Room or the vibrator play. Led the the MFA directing program at UCSD from 1995 to 2003. Les is also an associate artist of The Civilians.

Sundance Institute Theatre Program
The Theatre Program has been a core component of Sundance Institute since Robert Redford founded the Institute in 1981. The Theatre Program identifies and assists emerging theatre artists, contributes to the creative growth of established artists, and encourages and supports the development of new work for the stage. Under the guidance of Artistic Director Philip Himberg and Producing Director Christopher Hibma, the Theatre Program is one of the leading play development programs in the United States. Titles such as Appropriate, Fun Home, A Gentleman’s Guide to Love and Murder, Circle Mirror Transformation, An Iliad, The Lily’s Revenge, The Good Negro, The Light in the Piazza, Passing Strange, Stuck Elevator, Spring Awakening, The Laramie Project and I Am My Own Wife have gone from Theatre Program Labs to production from coast to coast and internationally, garnering multiple Pulitzers, Tonys, OBIEs and other recognition. The Theatre Program’s East Africa initiative is the only professional program of its type on the continent, offering Labs, cross-cultural exchange, mentorship and exposure to artists in six African countries and now expanding to include the MENA region. The Theatre Program’s newest initiative is the Theatre Directors Retreat in France. sundance.org/theatre

The LUMA Foundation
The LUMA Foundation was created in 2004 to promote challenging artistic projects combining a particular interest in environmental issues, human rights, education and culture in the broadest sense. The conceptualisation of its initial programming has been spear headed by Maja Hoffmann and a Core Team, which includes Tom Eccles, Liam Gillick, Hans Ulrich Obrist, Philippe Parreno, and Beatrix Ruf. The LUMA Foundation’s current focus is the development of a new creative campus in Arles (France) with its Core Team working together with architects Frank Gehry and Annabelle Selldorf. This ambitious project for the production of exhibitions, research, education and archives is supported by a growing number of public and private partnerships. luma-arles.org