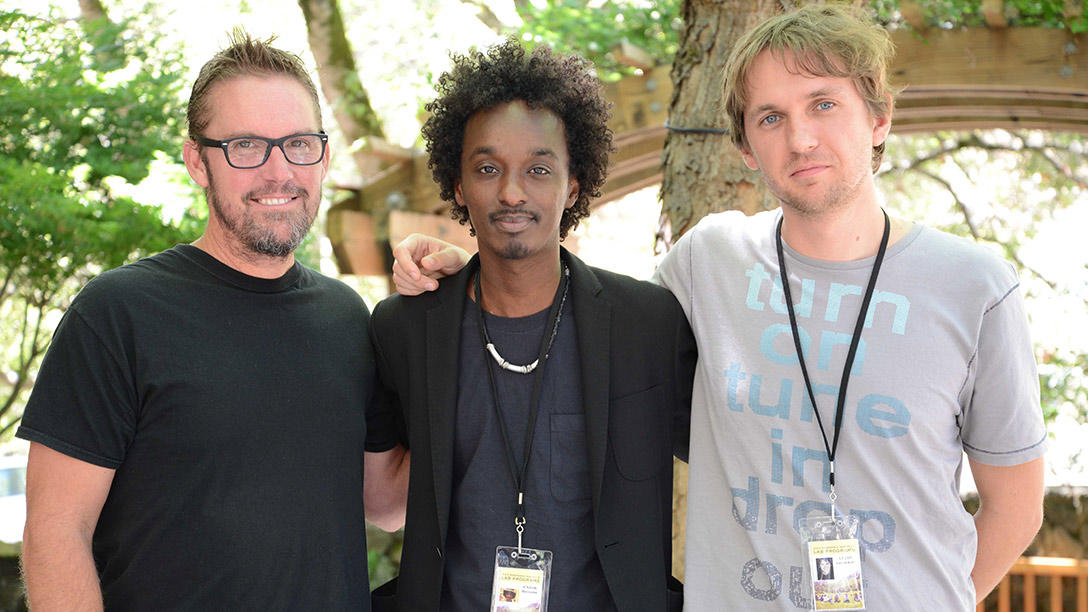 Each winning filmmaker will receive a cash award of $10,000, attendance at the Sundance Film Festival for targeted industry and creative meetings, eligibility to participate in one of Sundance Institute’s 24 annual artist-development labs and ongoing creative and strategic support from Sundance Institute’s world-renowned Feature Film Program.

The Institute’s Global Filmmaking Award has supported some of the most impactful emerging filmmakers from around the world. Former winners include: Ariel Kleiman (Australia) for Partisan (in competition at the 2015 Sundance Film Festival); Talya Lavie (Israel) for Zero Motivation (2014 Tribeca Film Festival, Founders Award for Best Narrative Feature and the Nora Ephron Prize); Jonas Carpignano (Italy) for Mediterranea (in post-production); Shonali Bose (India) for Margarita with a Straw (premiered at the 2014 Toronto International Film Festival); and Seng Tat Liew (Malaysia) for The Men Who Saved the World (premiered at the 2014 Toronto International Film Festival).

The recipients of the 2015 Sundance Institute Global Filmmaking Award, presented by AJ+, are:

Be Safe I Love You (Saudi Arabia) / Haifaa Al Mansour (Director)
Based on the acclaimed novel by Cara Hoffman, Be Safe I Love You is the story of Lauren, a young soldier who returns home to the U.S. after a tour in the Middle East and must grapple with post-traumatic stress disorder and the past she left behind.

Haifaa Al Mansour’s debut feature Wadjda opened in September 2013 to critical acclaim and was a staple of the awards season. The National Board of Review awarded the film with the Freedom of Expression Award. It was nominated for a BAFTA for Best Foreign Language Film, and was Saudi Arabia’s entry for Best Foreign Language Film for the 86th Academy Awards. Al Mansour holds a degree in Literature from the American University in Cairo and a Master’s in Directing and Film Studies from the University of Sydney. She lives in Bahrain.

The Poet (Somalia) / K’naan (Director)
In war-torn Somalia, an artistic orphan named Maano undertakes a dangerous journey to Mogadishu in order to find his long-lost sister.

K’naan is a Somali poet, rapper and singer–songwriter. He spent his childhood in Mogadishu, Somalia, and was on one of the last commercial flights out of the country before its collapse. K’naan is an alumnus of the Sundance Institute Screenwriters and Directors Labs. He rose to prominence with the success of his song “Wavin’ Flag” after it was chosen as the anthem of the 2010 FIFA World Cup. He lives in New York.

Myroslav Slaboshpytskiy’s debut feature The Tribe is one of the most acclaimed films of 2014, premiering at the 2014 Semaine de la Critique in Cannes and going on to win over 30 awards, including Best First Feature at BFI London, the Special Jury Prize at AFI Fest in LA, and most recently, the European Discovery 2014 by the European Film Academy. His previous short films include The Incident, Diagnosis, Deafness and Nuclear Waste. Myroslav graduated from Kiev State Institute of Theatre and Arts, majoring in feature-film directing.

Oskar Sulowski is the 2015 recipient of Berlinale’s prestigious Jury Prize for Young German Cinema for his screenplay for Rosebuds, which will be his first feature. His short film The Innocents premiered at the 2014 Berlin Film Festival. Sulowski studies directing at the Film Academy Baden-Württemberg, and speaks Polish, English, French and German.

AJ+
AJ+ is a recently launched digital-only news channel headquartered in San Francisco, California. AJ+ highlights human struggles and achievements, empowers impassioned voices and challenges the status quo. AJ+ strives to make the voice of the voiceless heard in a brazen way that delivers a refreshing perspective on current events and prompts action. In September of 2014, AJ+ launched its mobile app, which serves users contextual news in the form of short videos, infographics, quizzes, polls and online conversations. The news on the app is arranged in stacks, which are organized by trending topics. These stacks give users the ability to dive into relevant topics and become educated on the nuances surrounding these news stories. As users are informed about the issues through short but contextually dense content, they are empowered to engage in online debates and discussions with the global AJ+ community. In addition to the AJ+ mobile app, AJ+ also creates content that is delivered in all of its online social communities, which include Facebook, Twitter, YouTube and Instagram.