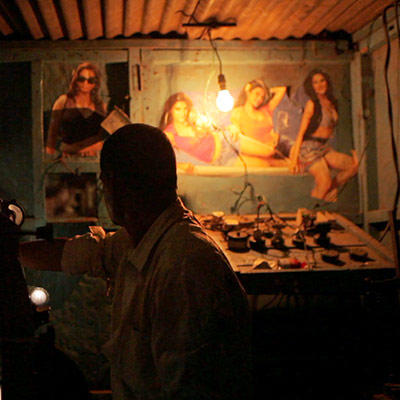 Park City, UT — Sundance Institute today announced the selection of 20 Fellows representing eight documentary film projects to participate in the 2014 Documentary Edit and Story Labs, June 20-28 and July 4-12 at Sundance Resort in Sundance, Utah. These are part of 10 residential Labs hosted by Sundance Institute this summer, collectively representing 15 weeks of residency support and mentorship for the most promising new independent film and theatre projects from the United States and around the world.

Built upon the immersive Lab model launched in 1981 by Sundance Institute President & Founder Robert Redford, each session of the Documentary Edit and Story Labs brings together director and editor teams with world-renowned documentary filmmakers and Sundance Institute staff to support creative risk-taking around issues of story, dramatic structure and character development.

Keri Putnam, Executive Director of Sundance Institute, said  “Sundance Institute Labs provide a haven for filmmakers to take risks in their work and uncover their greatest potential with the support of our staff and Creative Advisors.   With the guidance of acclaimed film editors, the Documentary Story and Edit Lab offers a unique space for the documentary filmmaker and editor to challenge their film in the most crucial ways and in the process find the heart of the story.”

Tabitha Jackson, Director of the Documentary Film Program, said, “This year’s Fellows reflect a range of artistry, perspective and experience that is part of a vibrant contemporary dialogue about nonfiction storytelling. It is our hope that this rigorous lab environment strengthens each project and engenders a creative community that bonds Fellows and Advisors together.”

In addition to the Documentary Edit and Story Labs, the Institute offers labs throughout the year and around the world for independent directors, screenwriters, documentary editors, composers, playwrights, producers and New Frontier artists.

Artists and projects selected for the June 20-28 Documentary Edit and Story Lab:

A Flickering Truth
Director: Pietra Brettkelly
Editor: Jacob Schulsinger
A Flickering Truth unwraps the world of three dreamers living amongst the dust of Afghanistan’s 100 years of war as they struggle to protect and restore 8,000 hours of fragile film.  What truths will emerge from the cloak of time?

Containment
Co-Directors: Robb Moss & Peter Galison
Editor: Chyld King
How can humankind dispose of and live with nuclear waste, a material that remains dangerous for a period as far into the future as we are from the Ice Age?

Like Ants for Sugar
Co-Directors: Shirley Abraham and Amit Madheshiya
Editor: Menno Boerema
For nearly seven decades, the wonder of the movies visits rural India atop cinema lorries. Accompanying the showmen of touring cinemas on their magical journeys, Like Ants for Sugar witnesses their struggle to keep their cinemas running. 2014 brings a watershed moment in the survival of this beloved tradition.

(T)ERROR
Co-Directors: Lyric Cabral & David Felix Sutcliffe
Editor: Laura Minnear
(T)ERROR is the inside story of ******, an active counterterrorism informant for the FBI. Filmed on the ground, it captures the dramatic unraveling of the informant’s 20-year career with the Bureau after the target of his investigation realizes that he’s been set up.

Artists and projects selected for the July 4-12 Documentary Edit and Story Lab:

Down By Law
Director: George Amponsah
Editor: Michael Aaglund
Down By Law follows the childhood friends of Mark Duggan, a young man who was killed by armed police on August 4, 2011. This event is known as the spark that set the London riots in motion.

One Bullet Afghanistan
Director: Carol Dysinger
Editor: Ricardo Acosta
One Bullet Afghanistan is the story of an Afghan family coming to terms with the “accidental” shooting of their son Fahim.   At it’s center is Bibi Hajji, the matriarch—late fifties as best as she can tell, the third wife now widow, mother of nine, grandmother to seventy— illiterate, religious, and a survivor of the highest order.

Speed Sisters
Director: Amber Fares
Producer: Jessica Devaney
Editor: Rabab Haj Yahya
The Middle East’s first all-women motor racing team has come together in Palestine. What will it take to go further and faster than anyone thought they could? Speed Sisters captures the drive to follow your dreams against the odds, leaving in its trail shattered stereotypes about gender and the Arab world.

Uncertain
Co-Directors: Anna Sandilands & Ewan McNicol
Editor: Marco Perez
On the shores of a dying lake, neighbors in the once outlaw town of Uncertain, Texas, are haunted by their pasts and battling demons for a future more certain—a tender, humorous southern gothic tale.