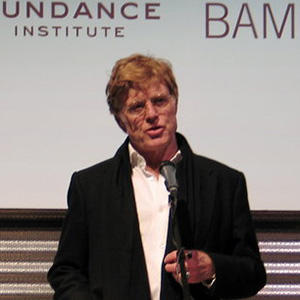 LOS ANGELES, CA – The nonprofit Sundance Institute will return to the Brooklyn Academy of Music (BAM) on July 9 to host ShortsLab: NYC, an all-day educational workshop offering filmmakers first-hand insight and access into the world of short film story development, production, and exhibition. From 2006 through 2008, Sundance Institute partnered with BAM for Sundance Institute at BAM, and for the past two years has brought films directly from the Sundance Film Festival to BAM audiences as part of its Sundance Film U.S.A. program. ShortsLab: NYC will take place in the BAM Rose Cinemas, located in the Peter Jay Sharp Building at  30 Lafayette Ave., Brooklyn, NY.

Trevor Groth, Sundance Film Festival Director of Programming said, “With the goal of empowering the next wave of emerging artists, last summer Sundance Institute presented our first-ever ShortsLab in Los Angeles, offering a day-long workshop for filmmakers working in the short form. After the tremendous response and seeing  how the experience invigorated and inspired everyone involved, we decided to bring the ShortsLab to Chicago and New York as well because they each feature such productive and diverse filmmaking communities,” Groth added.

Sundance Institute has supported more than 5,000 artists throughout its 30-year history featuring the Festival and a series of annual Labs for screenwriters, directors, documentarians, producers, composers, and theatre artists. Through its renowned Shorts Programs at the Sundance Film Festival, the Institute has long been established as a place of discovery for emerging directors, including: Paul Thomas Anderson, Wes Anderson, Todd Haynes, Trey Parker and Matt Stone, Jason Reitman, David O Russell, and Tamara Jenkins.

Tickets are $150 per person, on a first-come, first served basis. No refunds available. For information and to purchase tickets visit: www.sundance.org/shortslab

Story Development: An in-depth conversation on the fundamentals of story, creating characters, and the writing process with Ryan Fleck and Anna Boden (Half Nelson, Sugar, and Gowanus, Brooklyn) and Debra Granik (Winter’s Bone and Snake Feed), who each won the top short filmmaking prize at the Sundance Film Festival. Moderated by Scott Macaulay of Filmmaker Magazine.

Production Block: From financing a short film and overcoming legal hurdles, collaborating with a DP and an editor, to working with SAG actors and members of your community, we’ll look at the ins and outs, trials and tribulations, dos and don’ts of the production process. This block will include:

Distribution and Programming Block: Who are the people that select the films for film  festivals?  Where can my short film play outside of fests, and just who is buying them?  Is self distribution worth it?

Cocktail and Networking Reception: ShortsLab: NYC caps off with an informal gathering and a chance to network.

Sundance Institute
Sundance Institute is a global nonprofit organization founded by Robert Redford in 1981. Through its artistic development programs for directors, screenwriters, producers, composers and playwrights, the Institute seeks to discover and support independent film and theatre artists from the United States and around the world, and to introduce audiences to their new work. The Institute promotes independent storytelling to inform, inspire, and unite diverse populations around the globe. Internationally recognized for its annual Sundance Film Festival, Sundance Institute has nurtured such projects as Born into Brothels, Trouble the Water, An Inconvenient Truth, Spring Awakening, Light in the Piazza and Angels in America.