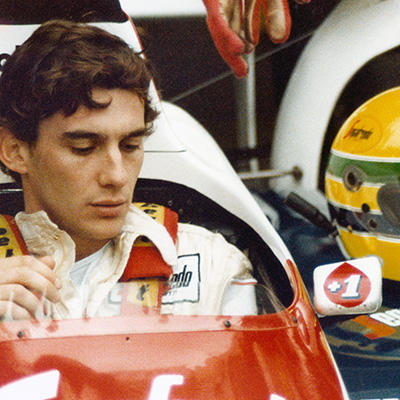 Park City, UT — Sundance Institute today announced four of the five films that will be featured at eight free outdoor film screenings for the 2013 Sundance Institute Summer Series.  The Utah community is invited to vote online from July 1 to August 15 for the fifth film, which will be announced and screened in late August.

Now in its 16th year, the series kicks off on July 31 at Salt Lake City’s Red Butte Garden and August 2 on Main Street and at Canyons Resort  in Park City. All films have screened at the Sundance Film Festival or participated in the Institute’s artist-development programs such as the Directors Lab, the Documentary Editing and Storytelling Lab and the Film Composers Lab. All screenings are free of charge and seated on a first-come, first-served basis. Attendees are encouraged to bring picnic baskets and blankets to sit on.

Sarah Pearce, Co-Managing Director, Sundance Institute, said, “This year’s Summer Series pays tribute to the films the local community responded to at our Festivals, and we’re excited to invite the community to share in the programming. We look forward to enjoying these films with our neighbors and friends in Utah during the gorgeous summer months.”

Films screening as part of the 2013 Sundance Institute Summer Series are:

Senna / UK (Director: Asif Kapadia) — The story of Ayrton Senna, perhaps the greatest race car driver who ever lived, is an epic tale that literally twists at every turn. Facing titanic struggles, he conquered Formula One and became a global icon who was idolized in his home country.

Little Miss Sunshine / U.S.A., (Directors: Valerie Faris, Jonathan Dayton) — An eccentric family led by an unsuccessful motivational speaker father and a “pro-honesty” mother struggle to deal with building familial conflict.  When would-be beauty queen daughter Olive is invited to compete in the “Little Miss Sunshine” pageant in far-off California, the family piles into their rusted-out VW bus to rally behind her – with riotously funny results.

The Summit / Ireland, United Kingdom (Director: Nick Ryan) — Twenty-four climbers converged at the last stop before summiting the most dangerous mountain on Earth. Forty-eight hours later, 11 had been killed or simply vanished. Had one, Ger McDonnell, stuck to the climbers’ code, he might still be alive.

Utah Community Choice Film – Sundance Institute wants YOU to program the last film of the Summer Series.  From July 1 – August 15, visit www.Sundance.org/Utah to vote for your favorite film out of four past Sundance Film Festival crowd pleasers (Beasts of the Southern Wild, Garden State, Searching for Sugarman or Sound City).  The winning film will be announced in late August.

For more information about Sundance Institute programming for Utah residents and to vote for the Utah Community Choice Film visit www.sundance.org/utah.