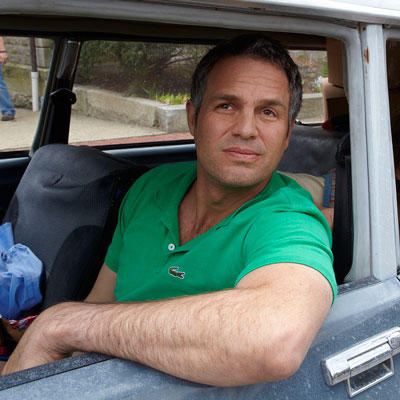 The Sundance Film Festival – Hong Kong Selects will feature five of the Festival’s award-winning films. The full lineup is: The Case Against 8, Fishing Without Nets, God Help the Girl, Infinitely Polar Bear, Life After Beth, Skeleton Twins, Whiplash and Wish I Was Here. The screening series will begin with the Hong Kong premiere of Infinitely Polar Bear, a bitter-sweet family tale of how life’s storms can be weathered with creativity and love. God Help the Girl, the directorial debut of musician Stuart Murdoch of Belle and Sebastian, will close the screening series on a musical note. As a Special Presentation, the critically acclaimed Whiplash tells the story of a determined young drummer, shedding light on our fear of mediocrity and the price of success.

John Cooper, Director of the Sundance Film Festival, said, “In our effort to share the best of American independent film with audiences outside the U.S., Hong Kong seemed an excellent location with a rich cinematic history. In partnership with The Metroplex, we look forward to presenting this program of diverse and high quality independent films.”

The spirit of independence transcends art forms. As a complement to the Sundance Film Festival – Hong Kong Selects, The Metroplex has programmed a selection of independent artists who share the spirit of creativity and independence, including The Stay Up, The Helter Skelter, Adrian Fu, Lillian Wong@O.U.R. Works, Shandy Gan@O.U.R. Works, Trekkerz@O.U.R. Works, HAZE, Hey Rachel, SiS Lok’s and Noughts and Exes to perform at the Atrium, E-Max on two consecutive weekends during the screening series, 20-21 and 27-28 September. Free Admission. Stay tuned at hk.sundance.org for details on panel discussion, post-movie discussion and live music events.

The box office will open on 28 August and tickets can be purchased at Internet Ticketing (hk.sundance.org, no handling charges required), The Metroplex Box Office, Metroplex Internet Ticketing (www.metroplex.com.hk) and Metroplex iPhone and Android Apps Ticketing. Ticket price: Adult – $80; Student/Child/Senior -$70. Become an HK Selects VIP by registering at hk.sundance.org to enjoy 20% discount for single tickets and 30% discount for “HK Select VIP Package” (including one ticket for each film), 20% Discount for The Metroplex VIP Metropolitans Membership fee as well as advance reservation for Panel Discussion.

The Case Against 8 (Directors: Ben Cotner, Ryan White) — A behind-the-scenes look inside the case to overturn California’s ban on same-sex marriage. Shot over five years, the film follows the unlikely team that took the first federal marriage equality lawsuit to the U.S. Supreme Court. Winner of the Directing Award: U.S. Documentary at the 2014 Sundance Film Festival. HONG KONG PREMIERE

God Help the Girl (Director and screenwriter: Stuart Murdoch) — This musical from Stuart Murdoch of Belle & Sebastian is about some messed up boys and girls and the music they made. Cast: Emily Browning, Olly Alexander, Hannah Murray, Pierre Boulanger, Cora Bissett. Winner of a World Cinema Dramatic Special Jury Award at the 2014 Sundance Film Festival. CLOSING FILM / HONG KONG PREMIERE

The Skeleton Twins (Director: Craig Johnson, Screenwriters: Craig Johnson, Mark Heyman) — When estranged twins Maggie and Milo feel that they’re at the end of their ropes, an unexpected reunion forces them to confront why their lives went so wrong. As the twins reconnect, they realize the key to fixing their lives may just lie in repairing their relationship. Cast: Bill Hader, Kristen Wiig, Luke Wilson, Ty Burrell, Boyd Holbrook, Joanna Gleason. Winner of the Waldo Salt Screenwriting Award: U.S. Dramatic at the 2014 Sundance Film Festival. HONG KONG PREMIERE

Wish I Was Here (Director: Zach Braff, Screenwriters: Zach Braff, Adam Braff) — Aidan Bloom, a 35-year-old struggling actor, father, and husband, is still trying to find purpose in his life. In coming to terms with the death of his father, Aidan and his family unite to discover how to turn the page onto the next chapter. Cast: Zach Braff, Kate Hudson, Mandy Patinkin, Josh Gad, Ashley Greene, Joey King. HONG KONG PREMIERE