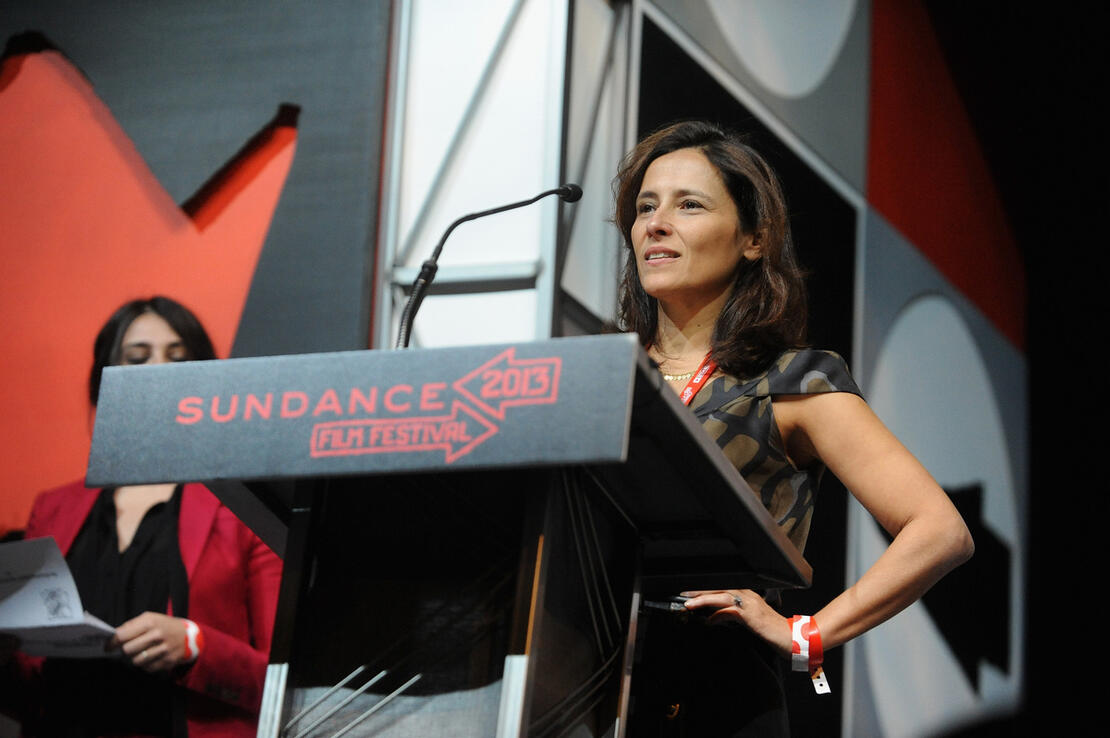 As you are all aware, the Sundance Institute’s valued friend and leader Keri Putnam stepped down as CEO earlier this year after a decade of leading the Institute. Since that day, the Board Search Committee, along with the expert team at leading search firm Spencer Stuart, has undertaken a comprehensive search to find Keri’s successor — someone who is able to maintain our commitment to discovering and developing independent artists, while being able to adapt to the changing world, providing space for storytellers to create and thrive in ways that open our eyes to new worlds, perspectives, and opportunities. We met with an exceptional group of candidates and were inspired and excited by the strength and diversity of their skills, passion, and expertise.

We are pleased to announce that the Institute’s new CEO will be Joana Vicente, a veteran of independent media, an accomplished producer, and a fierce advocate for artists.

Joana comes to Sundance as a true champion of discovering, incubating, and encouraging independent artistry in all forms. She is a prolific independent producer in her own right with deep ties to Sundance. Her history of running a film festival, her success in fundraising and partnerships, and her proven ability to navigate fundamental changes in technology — along with the ways in which audiences consume and experience artists work — makes us extremely confident that she will continue Sundance’s invaluable work on behalf of independent artists in the U.S. and around the world.

She has extensive experience in running nonprofits that support artists. Most recently, she spent the past three years as Executive Director and Co-Head of the Toronto International Film Festival (TIFF). Prior to that, she spent nearly a decade as the Executive Director of the not-for-profit Independent Filmmaker Project (now the Gotham Film & Media Institute).

She has firsthand knowledge of the true commitment Sundance has to independent creators through programs that support artists seeking production, financing, and distribution. As the Co-Founder and President of Open City Films since 1994, she produced four Sundance Institute–supported lab projects and has had 13 movies debut at the Festival, including the triple-winner Three Seasons and Grand Jury Prize–winner Welcome to the Dollhouse.

As our CEO, Joana will be a strong advocate for independent voices and advance the Sundance Institute’s historic commitment to inclusion and equity. She will build on the Institute’s vision that embraces the evolving future of storytelling and our support of visionary artists with distinct voices in film, theater, film composing, episodic storytelling, and emerging media.

She will join Sundance on November 1, and she looks forward to continuing the Institute’s standing as an innovative and resilient organization at the intersection of arts and media, supporting more artists and reaching a bigger audience than ever before. We are beyond excited to have her on board and envision a bright future for the Institute.