Sundance Institute Names Joana Vicente as Its Next CEO 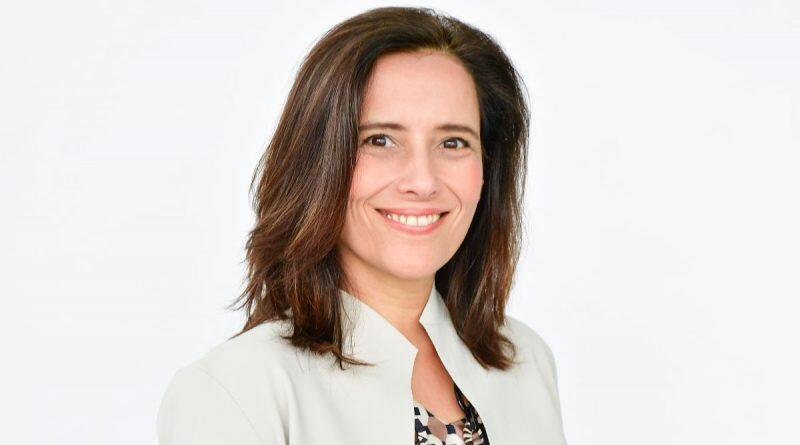 LOS ANGELES — The Sundance Institute Board of Trustees announced today that it has named longtime filmmaker and executive Joana Vicente as its next CEO. She joins the renowned media and arts nonprofit at a time of extraordinary growth and impact, in which it is uniquely positioned as a leading global advocate for independent artists, diversity in media, freedom of expression, and the critical role of arts in shaping society. Vicente will be responsible for setting strategies for the Institute that embrace the evolving future of storytelling and build on the Institute’s record of accomplishment in supporting visionary artists with distinct voices in film, theater, film composing, episodic storytelling, and emerging media.

Vicente succeeds CEO Keri Putnam, who stepped down earlier this year. She joins the Sundance Institute from Toronto International Film Festival (TIFF), where she spent the past three years as Executive Director and Co-Head.

Reporting to the board, she will work with key stakeholders, including artists, funders, industry, donors, and national and international partners, and lead a year-round staff of 200 with an additional seasonal staff of 250. She will oversee all areas of the Institute, including its year-round artist programs, the Sundance Film Festival, Sundance Collab, public and field-building programs, advancement, continue to advance Sundance’s historic commitment to inclusion and equity in all its work, and further the Institute’s advocacy work. She will begin her role at the start of November, working between the Institute’s Park City, Los Angeles, and New York City offices.

“This was a very comprehensive search to find the right person who would continue to move us forward with a vision that aligns with the founding values of the Institute’s founder, Robert Redford,” said Board of Trustees Chair Pat Mitchell and Chair-Elect Ebs Burnough, who led the Search Committee. “The world’s storytellers are more connected than ever, and Joana’s international background is vital as we look to integrate ourselves with independent artists on an even greater scale globally. She comes to Sundance as a true champion of preserving, discovering, incubating, and encouraging independent artistry in all forms. She is a prolific independent producer in her own right with deep ties to Sundance. All that, combined with her history running a film festival, success in fundraising and partnerships, and her proven ability to navigate fundamental changes in technology and the ways in which audiences consume and experience content, makes us extremely confident that Joana will continue Sundance’s invaluable work on behalf of independent artists in the U.S. and around the world.”

“From the day we started the Sundance Institute, we have had a very specific mission to foster independence, risk-taking, and new and diverse voices in storytelling,” said Sundance Institute Founder and President Robert Redford. “Throughout her entire career, it is evident that Joana shares this same uncompromising vision, and we know that she possesses a deep understanding of the evolving landscape, and can reach a new generation of independent creators working more fluidly across disciplines, communicating across borders, and engaging directly with audiences.”

A producer, visionary, and leader, Vicente has been a prominent figure in the digital production and distribution revolution. She has produced over 40 films, including Alex Gibney’s Oscar-nominated documentary Enron: The Smartest Guys in the Room, Nadine Labaki’s Cannes Jury Prize–winning and Oscar-nominated film Capernaüm, and Jim Jarmusch’s Coffee and Cigarettes. She also founded three production companies, including the first U.S. digital production company as well as the first HD production studio in the U.S., and has high-level management experience in both not-for-profit and for-profit media ventures.

Vicente learned firsthand the true commitment Sundance has to independent creators, including those from historically underrepresented voices, through programs that support artists seeking production, financing, and distribution. As the Co-Founder and President of Open City Films since 1994, she produced four Sundance-supported lab projects, and has had 13 features and six short films debut at the Festival, including triple-winner Three Seasons, which won the Grand Jury Prize, Cinematography Award, and Audience Award, and Welcome to the Dollhouse, which won a Grand Jury Prize.

“Sundance has been an essential part of my career — I feel that I grew up as a producer with the support of the Festival and the Sundance labs. It is such an extraordinary opportunity to lead an organization that has defined independent storytelling for 40 years,” said Vicente. “This opportunity combines all of my passions: film, working with storytellers throughout the world, and leading mission-driven organizations. I have always felt that Sundance was a home for me, and this opportunity makes me feel as if I am going back home. As a producer, I know firsthand the incredible impact Sundance has on independent artists, and I look forward to working with Bob, the Sundance Board, and the amazing and dedicated teams at Sundance who continue to find new ways to discover, support, and inspire the most creative and diverse group of storytellers — not just in the United States, but all around the world. We are at a critical time for independent creators, and Sundance is poised to continue to be a beacon for storytellers throughout the world as they navigate the rough waters of our time.”

While at TIFF, Joana, in collaboration with her co-head Cameron Bailey, navigated the organization through COVID-19 while spearheading a new strategic plan for the organization. She oversaw the reorganization of TIFF with the aim to ensure a more sustainable path to long-term organizational stability, led the digital strategy and innovation for the organization, and the strategy and implementation of a fast pivot to digital for the Lightbox and hybrid for the festival. She increased industry partnerships with a focus on partners led by or serving historically excluded communities, and created a new property, the TIFF Tribute Awards, now a broadcast TV show, recognizing top festival talent. Having just concluded a successful festival, she leaves her TIFF colleagues and the organization in a strong position to continue flourishing.

Prior to TIFF, Vicente spent nearly a decade as the Executive Director of the not-for-profit Independent Filmmaker Project (now the Gotham Film & Media Institute), the oldest and largest organization of independent filmmakers in the United States. While there, Vicente was instrumental in the exponential growth of the organization, which fosters a vibrant and sustainable independent storytelling community through year-round programs such as Independent Film Week, Filmmaker magazine, and the IFP Gotham Awards. She was the driving force behind the creation of the Made in NY Media Center by IFP, a creative and educational hub for storytellers, entrepreneurs, and technologists in partnership with the Mayor’s Office of Media and Entertainment and the NY Economic Development Corporation.

Previously, Vicente was the Co-Founder/Co-President, along with Mark Cuban, Todd Wagner, and partner Jason Kliot, of HDNetFilms and HDNet International. She was also Co-Founder/Co-President of Blow Up Pictures, which had digital features premiere at Sundance and other top festivals that were picked up for distribution by the likes of Focus Features, Artisan, Lionsgate, and others.

Vicente, who speaks several languages, received her B.A./M.A. in Philosophy from Universidade Católica Portuguesa in Lisbon, Portugal, and she was selected for the National Arts Strategies Chief Executive Program with educational events at Harvard Business School and University of Michigan’s Ross School of Business. She has taught The Business of Film at NYU Stern School of Business.

The Sundance Institute and TIFF are working together to support a seamless leadership transition for both organizations.

As a champion and curator of independent stories for the stage and screen, the nonprofit Sundance Institute provides and preserves the space for artists in film, theatre, film composing, and digital media to create and thrive. Founded in 1981 by Robert Redford, the Institute’s signature Labs, granting, and mentorship programs which are dedicated to developing new work and take place throughout the year in the U.S. and internationally, are supported largely through contributed revenue. Sundance Collab, a digital community platform, brings artists together to learn from each other and Sundance Advisors and connect in a creative space, developing and sharing works in progress. The Sundance Film Festival and other public programs connect audiences and artists to ignite new ideas, discover original voices, and build a community dedicated to independent storytelling. Sundance Institute has supported such projects as Clemency, Never Rarely Sometimes Always, Zola, On The Record, Boys State, The Farewell, Honeyland, One Child Nation, The Souvenir, The Infiltrators, Sorry to Bother You, Won’t You Be My Neighbor?, Hereditary, Call Me By Your Name, Get Out, The Big Sick, Mudbound, Fruitvale Station, City So Real, Top of the Lake, Between the World & Me, Wild Goose Dreams and Fun Home. Join Sundance Institute on Facebook, Instagram, Twitter and YouTube.